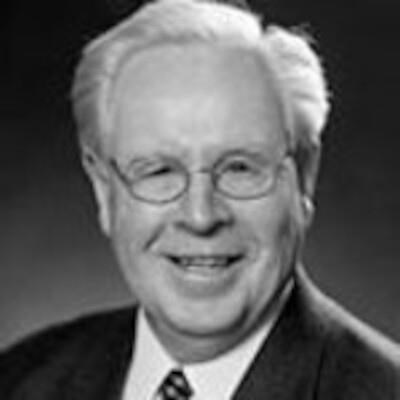 Dr. Herbert Charles White passed away on April 15, 2021 in Wausau, WI, after a short illness. Oldest of five children, he was born in Madison, WI, on November 16, 1937 to Charles Gilbert and Marjorie (Spelman) White. He attended Oconomowoc High School, participating in sports especially race-skating, football, and hockey. In 1955 Herb graduated from Oconomowoc High School and in the fall began college at Denison University in Granville, OH. While at Denison he was a member of Beta Theta Pi fraternity, he also was on their lacrosse and hockey teams, captaining the hockey team and earned a Bachelor of Science degree in Biology.

After graduating from Denison University, Herb worked at St. Vincent Hospital in Green Bay, WI where he met Darleene Rose Kramer. They were married in Kaukauna, WI in December 1960, during their 16-year marriage they had two daughters, Claire and Gwenn.

In 1961 Herb began his medical training at the Chicago College of Osteopathy, after graduation he entered private practice in the Milwaukee metro area. In his mid-50s he returned to school for additional training in psychiatry, completed his residency program at the Medical College of Wisconsin. For 30 years in the Milwaukee area Herb practiced family medicine (family practice, addiction medicine and psychiatry) then moved to the Rhinelander & Ashland area where he practiced addiction medicine and psychiatry for another 25 years.

During his long medical career Herb was honored by awards and testimonies by newspapers and professional organizations. His enthusiasm for medicine was felt by all who had contact with him.

Herb loved hockey, Packers football and the outdoors. Donations can be made in his name to the USA Hockey Foundation, NAMI Northwoods or the Nature Conservancy.


Published by Milwaukee Journal Sentinel from May 28 to May 30, 2021.
To plant trees in memory, please visit the Sympathy Store.
MEMORIAL EVENTS
To offer your sympathy during this difficult time, you can now have memorial trees planted in a National Forest in memory of your loved one.
MAKE A DONATION
MEMORIES & CONDOLENCES
4 Entries
I knew Herb and you from Dewey for years and he made a great difference in my life. I'm so sad to hear that he is no longer with us. Just a year older than I am, he was a model to me of a warm and caring person--as you, Ardis, are. He was a spiritual and loving person and a delight. I hope that your memories will comfort you as they comfort me.
Sue Morgan
Other
June 20, 2021
EVERY time I saw Dr White for therapy I felt better. He was a very wise man and I loved him. We are missing a wonderful man.
MARY COX
Other
June 19, 2021
Phenomenal human being, physician & friend to my parents & I for years. Prayers to the family. He will be missed.
Nicole Rettela
June 1, 2021
Sensitive and enthusiastic physician at St Michael Hospital. Great teacher,...valued families and colleagues.
Rosemary O Connor LPC/CSAC
May 30, 2021
Showing 1 - 4 of 4 results