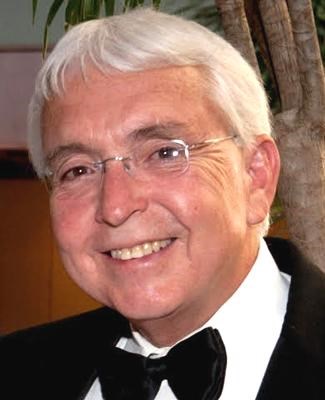 BORN
1951
DIED
2014
FUNERAL HOME
Johnson County Funeral Chapel & Memorial Gardens
11200 Metcalf Avenue
Overland Park, KS
Peter Albro Stepp, 63, of Lee's Summit, MO, passed away May 8, 2014. This is a profound loss for his family and army of friends. Pete was a kind and tenderhearted man and a loyal friend to so many. Pete truly had a gift for serving, and always found a way to show his love for others. Pete was born to Albro and Barbara Stepp on May 2, 1951. He had a deep love and devotion for his parents during their lifetimes. Pete had an idyllic childhood growing up in Kansas City. He graduated from SM East and the University of Kansas with honors in psychology. He was a proud member of Sigma Chi and an enthusiastic Jayhawk. Pete served his country in the U.S. Marine Corps. Pete's professional life was centered in the insurance industry for 30 years. He was very committed to his clients and quickly became friends with many of them. Pete's current company affiliation was with the Bukaty Companies. He was an active member of the Lee's Summit United Methodist Church. One of the things that brought Pete much happiness was his association with the Salvation Army for over 25 years. He devotedly delivered meals each Thanksgiving and Christmas and participated in 'shut-in Sunday' and the Christmas bureau. Pete was an avid sportsman, spending hours fishing and hunting with friends. He also had a lifelong love of horseback riding and boating which he did whenever he had the opportunity. Golf was one of Pete's favorite hobbies, one he enjoyed even on his last day with us. The center of Pete's life was his family. Pete and Pam were married for 10 years and their relationship was the highlight of his life. Through love, devotion, and faith, they found their lives transformed. His family delighted in the happiness found within this union. One great privilege of their marriage was his relationship with Pam's son, Joe and wife Leslie. Pete became 'Papa' to three beautiful grandchildren, Charlee, Anabelle and Rigley, with twin boys arriving in August. His love for all of them was beyond measure. Thankful for having Pete as a brother are his siblings: brothers Dan (Jane), Tim (Debbie), and sister Amy (Lee) Greif. His niece and nephews also celebrate Pete: Carolyn (Chris), Morgan (Crystal), Samuel, Nathan (Maggie), Jonathan, Connor, Alex and Macauley, and three greats: Parker, Madelyn and Xaiden. Pete claimed the promise of the resurrection in Jesus Christ, and we know beyond a shadow of a doubt that Pete is rejoicing in Heaven today, reunited with the souls of his parents, grandparents and many loved ones. With this assurance, we can celebrate Pete's remarkable life and be thankful for the impact he had on each one of us. Services will be on Wednesday, May 14, at 2:30 p.m., at the Lee's Summit United Methodist Church, 114 SE Douglas St., Lee's Summit, MO. Memorial reception following the service. Private family interment will take place at Johnson County Memorial Gardens. The family suggests memorial contributions to The Salvation Army/ Holiday Meals, 3637 Broadway, KCMO, 64111, Attn. Ed Fredenberg. We love you, Pete. Arr: Johnson County Chapel, 11200 Metcalf Ave, Overland Park, KS 66210. (913) 451-1860

Mary & Todd Krass & family
Mary Krass
May 12, 2014
Pam, I want to express my sincere condolences to you and your family. Pete was such a love and I know you had some wonderful years together. I am praying for comfort for you at this very difficult time.
Melanie Hall
May 12, 2014
Pam, I'm so sorry for your loss. Pete sounds like a wonderful man, and I know you brought him much happiness during your years together.
SueZan Eley
SueZan Eley
May 12, 2014
Tim and family - I am so very sorry for your loss. Your brother was in my sister's class at SME. Prayers for peace at this most difficult time.
Julie Sizemore
May 12, 2014
Pam - I am so sorry to here of your loss. My heart breaks for you and for you family. You are in my prayers.
Kristi Fate
May 12, 2014
I am still in shock. Pete was a friend in business but more than that, a friend in life. One of the funniest most compassionate guys I have ever had the pleasure of knowing. He talked of his family with such love. To his wife, whom I have never met, he spoke of such adoration. He also spoke of his "son" and grandkids. They were the light and joy of his life. That's what every conversation started out with. My heart is heavy for his whole family. I will miss you my friend. There will never be another "Petie".
Vicki Casey
May 12, 2014
I just fell in Love with Pete. He talked so highly of his wife and family every time he came to visit. We meet Pete just only about 8 months ago thru using his Insurance company for our business needs. He is the best insurance man I have ever met. He took such awesome care of us. I know that is family is going through a lot of pain and our prays are with you all. He loved those grandchildren. Had all kinds of pictures on his Ipad and would show them off. He will be truly missed and thought of often by his clients and co-workers and most of all his family. We love you Pete, Debbi, Angie, Heather and Kylee and the Awards & T-Shirts Family.
May 12, 2014
PAM,WE SPENT MANY FUN HOURS IN THE DUCK BLIND WITH PETE MY FAMILY WILL MISS HIM I AM TRULY SORRY FOR YOUR LOSS.TOM CHAFFEE & SONS TERRY,KURT, & TEG
May 12, 2014
Pam Pete will always be the man that put a smile on your face. So sorry for your loss.
Cheri Beall
May 12, 2014
Pam, we are sad to hear the news on Pete passing away. I worked with Pete for many years and he was always a great guy to be around. He will be surely missed, but I am confident he is still with you. Chris Heckadon and family.
May 12, 2014
We are so sorry for your loss. Pete was an Awesome guy and we all here at Awards & T-Shirts grew to love him. Prayers are with you all.
Heather Figous
May 12, 2014
Pam, I am saddened by the news of Pete's passing. I am Bob Young's daughter and had many conversations with Pete. He was so kind to our family during some of our most difficult times. He was a good man. My deepest sympathy, Brenda Bowman
Brenda Bowman
May 12, 2014
Pam and the entire Stepp Family, I am so sorry to hear the news that Pete has passed away. We go back so very far and just recently Pete was helping our family with our care giving and insurance guidance for my Father's Long Term Care Policy. Pete was so giving and caring to all my Family. A very truly sad loss for all of us. Our very sincere sympathy. Sincerely, Jack Hanrahan and the Entire Hanrahan Family.
Jack Hanrahan
May 12, 2014
Pam, you are in my thoughts and prayers at this very difficult time.
Sue Jacobi
May 11, 2014
Thinking of all of you and the good times we had with Pete and your family as we grew up together in Brookside and enjoyed our families ties to that great institution - PEO! Those were indeed idyllic times! I will always remember Pete seeking us out in the halls of St Luke's hospital when our mom was in ICU. Hugs to all - Betsy Titterington
Betsy Titterington
May 11, 2014
Pam,

I am so sorry to hear about Pete. I know you both were very happy together and so much in love. And looking forward to the new twins. Please let me know if there is anything I can do.
Betty Paulsell
May 11, 2014
Pam, we were so sorry to hear this. Stay strong and know we are thinking about you during this tough time.
Dennis and Sarah Jane Famuliner
May 11, 2014
I am grateful for the life of Mr. Stepp. Thanks to his service and to the service of others in our armed forces, my family and I have been able to lead our lives in freedom and peace.
Bob
May 11, 2014
Pete was one of the kindest and most generous men I have ever met. He was truly a genuine and caring person. The world lost a wonderful human being, heaven has gained a new angel.
Steve Gimmarro
May 11, 2014
Peter was a true gentleman. Always so generous and kind to everyone. Peter was there to help out a friend or anyone else who needed assistance. I will never forget you Pete. God Bless you. I know there playing "Jazz" up there in Heaven just for you!
Olga Ganakes-Burk
May 11, 2014
Showing 1 - 40 of 40 results