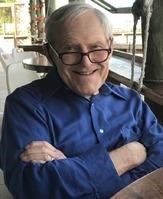 BORN
1939
DIED
2021
FUNERAL HOME
Kerr Brothers Funeral Home - Harrodsburg Road
3421 Harrodsburg Road
Lexington, KY
Richard "Dick" Lee Burchett
February 27, 1939 - November 23, 2021
Lexington, Kentucky - Burchett, Richard "Dick" Lee, 82, dear husband of Leslie Vose Burchett, died peacefully Nov. 23, 2021 at his residence in Lexington, KY. Born Feb. 27 1939 in Nitro, WV, he was the son of the late James Harvey and Goldie May Burchett. Dick was a graduate of Finneytown High School in Cincinnati, OH, and received his B.A. from Anderson College. He obtained his first Master's Degree from the University of Cincinnati and his second from Chandrum State in Nebraska. He also taught history at Marshall University. Dick was the owner/operator of Gwinn Island Marina. He was a passionate coach of the Centre College Cross Country team, leading them to a National Championship. He was an avid runner and cyclist, competing in over 40 marathons, ultra marathons, triathlons, and Ironman competitions. These pursuits connected him to a beloved community of adventurers where he found competition, encouragement and lifelong support. One of those adventurers was Larry Fletcher, "Fletch." Fletch and his wife Camie introduced Dick to his cherished wife, Leslie. Dick retired on his 80th birthday after 19 years at John's Run/Walk Shop. Survivors other than his beloved wife Leslie include: two daughters Kris Burchett, Winchester, KY and Kerrin (Jeff) Omer, Simpsonville, KY; four stepchildren, Paige Patterson (Mark) Davis, Salt Lake City, UT, John (Jenny) Patterson, Louisville, KY, Julie (Felix) Vose Spittler, Apex, NC and Lucy Vose, Louisville, KY; and nine grandchildren, David, Ben, Sam and John Omer; Hadley and John Patrick Patterson; and Natalie, Elizabeth and Juliet Spittler. The visitation will be held on Wednesday Dec. 1 from 5pm to 8pm at Kerr Brothers Funeral Home on Harrodsburg Road. The memorial service will be held on Thursday Dec. 2 at 3:30pm at Central Christian Church on E. Short Street. Attendees are strongly encouraged to wear running shoes in honor of Dick. Memorial contributions are suggested to WEKU (NPR) and Centre College Cross Country.

Published by Lexington Herald-Leader on Nov. 30, 2021.
MEMORIAL EVENTS
Dec
1
Visitation
5:00p.m. - 8:00p.m.
Kerr Brothers Funeral Home - Harrodsburg Road
3421 Harrodsburg Road, Lexington, KY
Dec
2
Memorial service
3:30p.m.
Central Christian Church
E. Short Street., KY
Funeral services provided by:
Kerr Brothers Funeral Home - Harrodsburg Road
MAKE A DONATION
MEMORIES & CONDOLENCES
Sponsored by Lexington Herald-Leader.
4 Entries
We offer our deepest condolences during this time to the family. We were able to know Dick over several years living in Lexington and our close relationship with the Spittler´s and Julie´s family. Dick was always in a great mood and made great conversation. He has had some many accomplishments in life and is surrounded by such a wonderful family. We wish the family both prayers and our deepest sympathies during this time. God Bless, Joe and Ceci Bassindale
The Bassindales
Friend
November 30, 2021
Condolences to his wife, Leslie and family. I knew Dick, for a short period of time through (my then husband) Larry Fletcher. He was the most sincere, kindest man I'd ever met. He took Fletch under his wing and they became forever friends. Our son, Brandon, said "I hope Dick and Dad find each other in heaven".....I do as well, Brandon, I pray they do.
Lu (Fletcher) Kelly
November 29, 2021
Mr. Burchett was my history teacher at Finneytown in 7th and 8th grades. He expected a lot and taught us so much. He was a gifted teacher. May his memory be a blessing to his family.
Debra Hust Allison
School
November 27, 2021
I admired his ability to interact with people whether he had known them for years or just met them. He seemed to really be present during an interaction which is notable in our world of distractions and sound bites. Like to think of him running, he loved it so.
Becky Marshall Roush
Other
November 27, 2021
Showing 1 - 4 of 4 results