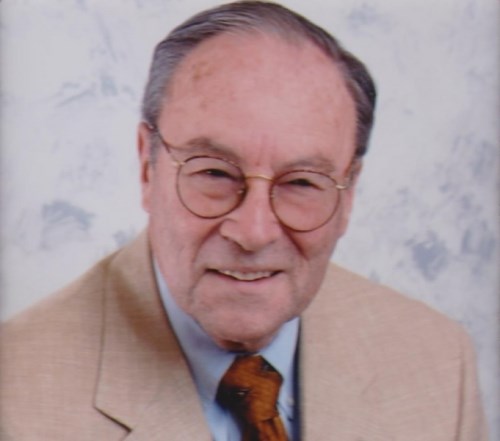 BORN
1929
DIED
2015
Warren L. Ettinger, father, grandfather, brother, and friend, and a distinguished Southern California judge and attorney, died on Friday, April 24th from complications of multiple health challenges he faced during his last year of life. Warren was born on May 7, 1929 in Cleveland, Ohio, and moved with his parents, Irving and Mildred, and his brother, Ron, to Los Angeles, California in 1940. After graduating from USC in 1953, he attended Law School at USC, graduating in 1955. Warren married Paula Hinckley and together they had four sons, whom they raised primarily in the Pasadena area. He was later married to JoAnn Glidden.

Warren's legal career began in the Los Angeles District Attorney's office in 1956. He was in private practice as a litigator with the firm of Ettinger & Deutsch until he was appointed to the Pasadena Municipal Court by Gov. Edmund G. "Pat" Brown in 1966. He returned to private practice with Beardsley, Hufstedler & Kemble (later known as Hufstedler, Kaus & Ettinger) (1977-1994), and Skadden Arps (1994-1999), before concluding his career as a judge, handling "long cause" cases by assignment for the Los Angeles Superior Court. He was an active member of numerous Bar Associations, the Judicial Council, and was a teacher and lecturer at the California Judge's College and at USC and Loyola Law Schools. Warren was a board member with the Urban League of Pasadena, the Skid Row Housing Trust, and Las Familias del Pueblo.

Warren was an avid sports fan, and especially loved his USC Football team. On any given college game day, you could count on finding him wearing his USC "Cardinal & Gold" hat, sweatshirt, t-shirt and belt buckle. He also loved the Los Angeles Dodgers. Warren enjoyed opera, art and fine restaurants, and was an avid traveler and a voracious reader.

Warren is survived by his sons Steve (Antoinette), Jeff (LeeAnn), Bob (Susan), and David (Timie); his grandchildren: Russell (Lindsay), Kyle (Libby), Jessica, Riley, Ellen, Jay, Betsy, Brittney, Talia, Amanda Truax (Josh) and Peter Sterling; and his brother Ron. He will be missed by all of us. A memorial service will be held at All Saints Church in Pasadena on Saturday, May 9, 2015 at 2:00 PM. Memorials preferred to Las Familias del Pueblo in Los Angeles.

Published by Los Angeles Daily News on May 3, 2015.
To plant trees in memory, please visit the Sympathy Store.
MEMORIAL EVENTS
May
9
Memorial service
2:00p.m.
All Saints Church
Pasadena, CA
MAKE A DONATION
MEMORIES & CONDOLENCES
Sponsored by Los Angeles Daily News.
6 Entries
May the love of friends and family carry you through your grief.
G. Freeman
May 18, 2015
Judge Ettinger was the best teacher of the Evidence Code I ever had. Being in trial before him was a true pleasure. The entire legal community will miss him and his wry sense of humor. He could make drudgery enjoyable.
Tom Long
May 13, 2015
He was a witty, wise and thoughtful mentor to many young lawyers (most of whom are no longer young!). He will be missed.
With fond memories, Emily Bresler
Emily Bresler
May 6, 2015
He was the piller of the profession. He will be sorely
missed.
Justice (Ret.) and Mrs. Richard Schauer
May 3, 2015
My deepest condolences to the family of the late Mr. Ettinger. May he rest in peace.
Beth Sebastian
April 29, 2015
Warren brought light and hope to so many, and had a wicked sense of humor. We will all miss him.
Laurie Zelon
April 29, 2015
Showing 1 - 6 of 6 results