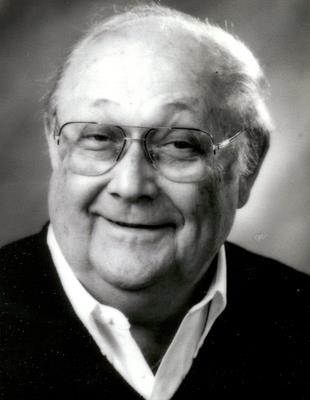 Lancaster - Gerald E. (Gene) Cole passed away on January 11, 2018. Born in New Lexington, Ohio on February 18, 1928 to parents Gerald and Rosenell Cole, and raised in Lancaster, Gene attended Lancaster City Schools where he was a track and field star, elected to the Lancaster High School

Hall of Fame. Moving on to The Ohio State University, Gene was again a sports stand-out, and was also inducted into the OSU Track and Field Hall of Fame. During his fourth year at OSU, Gene participated in the 1952 Helsinki Olympics where he earned a silver medal in the 4 X 400

meter relays. He was a Mason, Shriner and lifetime member of the Eagles. Gene retired from Anchor Hocking after nearly thirty years of service. Well known in the local real estate markets, where he was an agent for many years, Gene was a well-liked man who never seemed to meet a stranger. He will be sadly missed by his survivors, included his loving wife of 53 years, Elizabeth Ann(nee Jeffries) Cole, daughter Cynthia (Cole) Kirsch, sons Craig Cole and Christopher Cole, and stepchildren Jeffrey Uhl, Jerry Uhl and Leann Baker; niece, Michelle Kiger. He is also survived by numerous grandchildren and great-grandchildren. Gene was preceded in death by his parents, his step- mother Betty Cole and sons Gary Cole and Jeffrey Cole.

Friends may visit Monday, January 15, 2018 from 5-7 p.m. at Halteman-Fett-Dyer Funeral Home. As per Gene's wishes, cremation has taken place.

In lieu of flowers, donations may be made to Shriners Hospitals, 3229 Burnet Ave, Cincinnati, OH 45229.

My condolence for the loss of your loved one. I hope you find strength in knowing that God promises you comfort and peace during this most difficult time.
C H
January 22, 2018
Dear Ann,
Wayne and I are so sorry for your loss.
Gene sure was a fun guy and will surely be missed. Thinking of you during this difficult time.
Wayne and Julie Heskett
Wayne/Julie Heskett
January 21, 2018
Gene Cole was a champion athlete in the days of my youth. I saw him run an exhibition in 1952 during halftime at the old North School football field track. He easily won a mock race against my classmate and good friend, Charley Lunsford. Through Gene I had the pleasure of talking at great length with Bob Mathias, Herb McKenley, and Harrison Dillard, three more Olympic champions in Helsinki. What a great group of men, all Olympic champions, and all legends in life. They knew Gene well and all praised him with admiration and fondness. Herb McKenley told me that Gene was the man to beat in the 4 X 400 meters if Jamaica was to have a chance at the Gold Medal. Gene ran his leg in world record time and gave the USA a 10 meter lead. McKenley ran the final leg for Jamaica, closed the gap and won the Gold Medal by inches. Not one of them bragged about their personal performances. They were true gentlemen, true champions, one and all.
Ed Phillips
January 21, 2018
I'm so sorry to hear. Wonderful person. I enjoyed working with him as a Realtor at Gorsuch Realty. Loved his great sense if humor.
Debbie Henderson
January 20, 2018
Rest in Peace Mr Cole.
Remembered from that special time long ago in high school you taught as a coach, inspired as an Olympian and always shared your home as the father of a good friend. Thank You Sir.
Our thoughts and prayers to your family.
Tim Smith
January 18, 2018
I remember Gene when I worked in mortgage lending and title work. He ALWAYS had a smile and a silly joke to tell. Forever the gentleman. I shall miss him. Rest well, Gene.
Karen Ansel
January 17, 2018
Rest in Peace... My good man. Condolences to his family. Many great memories of " back in the day"
Steve Walt
January 16, 2018
Cindy & family: So sorry for your loss...Take Care. Nanette (Raybourne) Derflinger
Nanette Derflinger
January 15, 2018
Our sincere sympathy to the family. Bob remembers so well Gene's coaching of track team members at LHS and Judy remembers his kindness in coming to her class every four year to share his Olympic experiences with them during the time of the Olympics.
Bob and Judy Reall
January 15, 2018
To one of the greatest man I have ever known and had the privilege of working with. Rest in peace my good friend
Frederick Wright
January 15, 2018
Rest In Peace Our Friend!! Always pleasant and a good man!!
Betty Jo,Randy Lee
January 15, 2018
May God's loving kindness comfort you and help you through this very sad time
Psalms 29:11
January 15, 2018
I remember Gene as a father-in-law to me during part of the 80's. I always had fun at Gene's house and also when Leeann and I would meet them at the Legion on Sundays. He treated me with respect and as if I was his own. His picture here, shows him smiling. That's so true to his form. A real happy person with a great outlook on life. It was an honor to know him.
Tom Woodgeard
January 14, 2018
To Ann and Family - I had the pleasure of working with "Colie" right out of high school at Rosier Realty. He had such a great smile and was so much fun to work with! Whenever I would run into him years later, he would always remember me, and we would have fun reminiscing. I feel so fortunate to have known him!
Nancy Beery
January 14, 2018 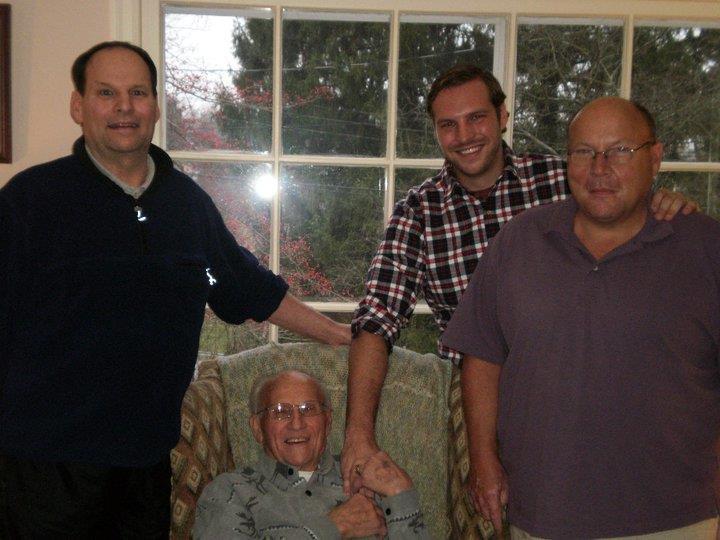 Craig, Chris & Cindy, Fond memories of our childhood on High Street and your Mom putting the tip of my nose back on from looking into the barrow of the rifle Gary was showing me. Plus the neighborhood picnic's in Carrie's yard.

John Hoch
John Hoch
January 14, 2018
My condolences to the Cole family. I remember Gene and son Chris when they lived on High St next to us.
David Warfield
January 13, 2018
My Condolences to the entire family. As the grandfather to my children I remember him as kind, caring, loving and very generous of his time. He will remain in our hearts forever.....
Sherri Clarke
Sherri Clarke
January 13, 2018
I met Gene through his sister-in-law Judy when I came to Lancaster 53 years ago. He was bright, funny and had a very contagious personality. The kind of guy it was fun to be around. He was an informal coach and mentor to Lancaster High Track teams and inspired many to excel. His son Jeff, was a fun guy also and was our personal handy man when he lived in Lancaster.
He truly made a difference in many, many young people's lives. One of Lancaster's unsung Heroes.
January 13, 2018
RIP Gene
Sharon Wilson
January 13, 2018
Dear Ann & Family, including Michelle Kiger,
I am sorry for your loss, and, my thoughts and prayer's are with all of you. Ann, I met you and Gene through Michelle, and Gene assisted me finding my first home when I moved to Lancaster in 1998, my mobile home at Colonial Estates. RIP Gene.
Sharon Wilson
January 13, 2018
Extending our condolences/prayers to Ann and the entire family. Gene certainly was a national treasure.
Steve & Charlotte Thimmes
January 13, 2018
Ann, I am so sorry about the loss of Gene. He was a great friendly man. Just remember the appy times. Marilyn Pierce
January 13, 2018
OMG.....My heart is with you....Your dad making Ice Cream on the 4th on High Street....those were the days.....And Cindy you were my first girlfriend..I have pictures of us at 5. God bless you all....may your dad be at peace.....We grew up in a good time.......
bradley hoch
January 13, 2018
Showing 1 - 24 of 24 results