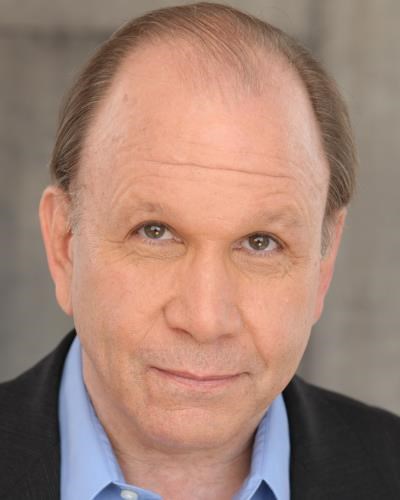 BORN
1949
DIED
2018
March 15, 1949 - December 26, 2018
Bradford Randall (Brad) Blaisdell has died, at the age of 69, after a long battle with cancer. Born in Baltimore, MD, to Walter Osgood Blaisdell, a singer in the Big Band era (who used the stage name, Jimmy Blair) and Mary Frances Burnett Blaisdell, a homemaker and runner up to Miss Massachusetts, Brad was an actor and singer, working in film, theatre and television in LA and New York for almost 50 years. He starred on Broadway in "Going Up" and "I Love My Wife." Off-Broadway he starred in a revival of "Tenderloin," and "Bukowsical," as Charles Bukowski (2007 NY Fringe Festival's best musical award winner). He won an LA Drama-Logue Critics Award, starring with Woody Harrelson in Edward Albee's "The Zoo Story." He guest starred on countless TV shows, but the three seasons he spent as Mike the bartender on "Three's Company," always got him recognized. His more than 40 film credits included roles opposite Kurt Russell, Samuel L. Jackson, Debra Winger, Dana Carvey, Ray Liotta, Dennis Hopper, and Dabney Coleman. Brad was a decorated Vietnam veteran, served for two terms on the Board of Directors of the Screen Actors Guild, and was an active member of the Global Truth Center Los Angeles. He is survived by his wife of 30 years Merilee Magnuson Blaisdell, daughter Hannah Mariel Magnuson Blaisdell, sister Barbara Anne Blaisdell Cooke, brother Gary Francis Blaisdell and his wife Virginia L. Blaisdell, sister Bonnie Louise Johnston and her husband Gary Johnston, nieces and nephews, many dear friends and will be missed by his cats Lulu, Ducky and Chip. In lieu of flowers, consider a donation to one of his favorite charities: Operation Smile.
Published by Los Angeles Times from Jan. 10 to Jan. 13, 2019.
To plant trees in memory, please visit the Sympathy Store.
MEMORIAL EVENTS
To offer your sympathy during this difficult time, you can now have memorial trees planted in a National Forest in memory of your loved one.
MAKE A DONATION
MEMORIES & CONDOLENCES
31 Entries
Truly a great man of the theater and a very dear friend. I miss him terribly.

Clifford Morts
Clifford Morts
Friend
December 28, 2020
Truly a great man of the theater and a very dear friend. I miss him terribly.

Clifford Morts
Clifford Morts
Friend
December 28, 2020
lucky are we that knew him, loved him and were the benefactors of his genuine caring, love and friendship. i am sad on this anniversary of his passing, but still celebrate the incredible joy he always brought to my family...and can only imagine the breadth and depth of joy he provided everyone lucky enough to have seen his work on stage and on the screen.

i always got credit for being the "funniest guy in the room"...unless brad was around. he truly was the funniest human being i ever known...and i love revisiting the memories of how he could reduce any room full of family members, friends and strangers into uncontrollable laughter!

merillee and hannah...and his beloved brother and sisters...i join you in the never-ending celebration of a true model of what a father, husband, passionate humanitarian and "real man" can and should be. he lives on in my heart...always.
david ross
Friend
January 4, 2020
It's taken me a while to reflect and think about what I wanted to say about my friend. To Merilee, Hannah, and the Blaisdell family, I offer my deepest condolences. As children and throughout my life, I have considered Brad my best friend. I mean that sincerely. My brother (David Ross) eloquently expressed some thoughts and feelings for Brad that I share also. As he said, our families were always close and Brad was a brother to me too. I loved Brad. Whenever I knew it was time to visit the Blaisdells, I couldn't wait to get there..to see my buddy Brad. Most of my best childhood experiences were when the Blaisdells and the Rosses got together. I Iove the photo my brother posted. We were all at the shore, in Ship Bottom, NJ. Great times! As time went on, and we became adults, our paths would cross. The same friendship was always there between us. Brad lived his dream and became an actor. I saw him in Plays in Atlanta, GA when I lived there. I saw him in TV and movie roles. Aside from his extraordinary talent, Brad was a kind and generous human being. The roles he had in his own life reflected the love he had for his family and those he met along the way. Brad was a friend, a family man, a fellow Vietnam Veteran, and actor. Rest in Peace my friend. You'll always be a part of me.... and, "Welcome Home"
Jack Ross
March 20, 2019
BRAD!!!! I don't go on FB very often and only today I found out about your passing. My heart is bursting. We went to college together after careers, marriage and children. I so adored you and your loving family and I am totally knocked over. You transitioned as you lived....with honor, intelligence and grace. I wrap my arms around Marilee and Hannah and know you reside in all of our hearts. I am certainly better for knowing you.
Candy Brown
March 9, 2019 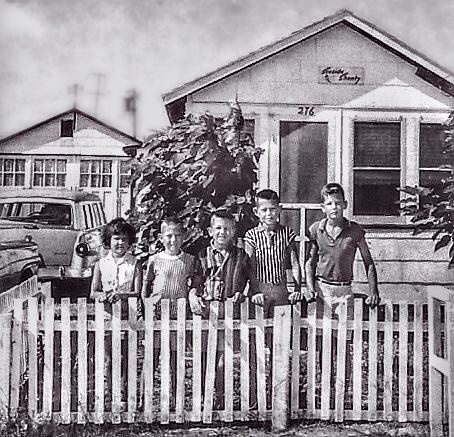 i considered brad my brother. our families stayed close from the time we were young children...and he was (naturally) the funniest human i have ever known. his theater and film acting career speaks for itself...but as a man...a human being...citizen...patriot...father and husband...and as a lifelong dear friend...there arent enough superlatives to describe how he lived and loved his life. i struggle now...with wet eyes...to accept that he is gone...but am happy in the knowledge that through his work...his career...and those who knew him personally...he will live forever. i love you, brad...and am glad your struggle with what took you from us is finally over. peace, my brother...and love forever.
david ross
January 26, 2019
I knew Brad from GTC and acted with him on stage and he was a joy! We shared a similar sense of humor and I will always remember him as a caring and compassionate man. My thoughts and wishes are with his family. I will always remember his harmonica playing. His new and glorious journey is just beginning.

Love,
Alberrr & Trudy
Alberrr & Trudy Kallis
Friend
January 21, 2019
My thoughts and condolences to the whole Blaisdell family. I didn't really know Brad well, but the few times we met I could tell he was a really kind man. My love and sympathy goes out to longtime friend and fellow dancer Merilee--I can tell that Brad was well loved by all.
Kathy Kahn
January 21, 2019 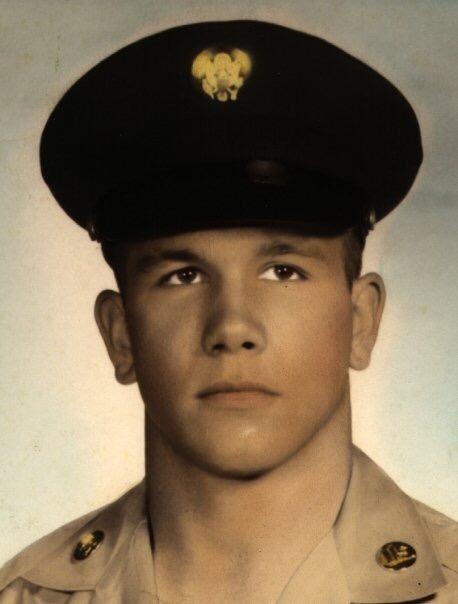 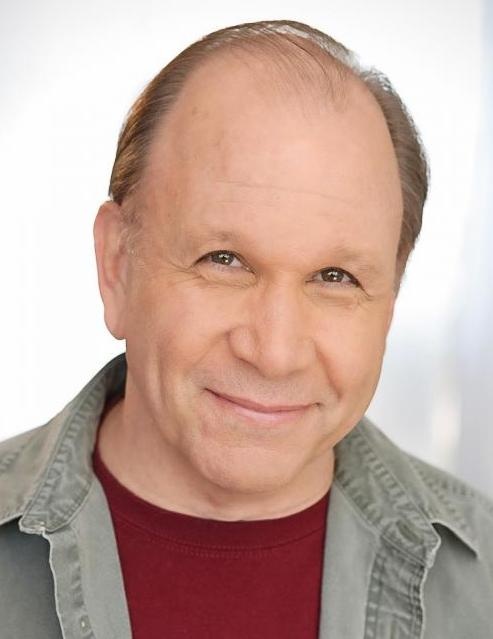 January 21, 2019
Brad was my wonderful leading man on Broadway over 40 years ago. He was unforgettable, both on and off stage, a true original in every way. I feel so lucky to have known him all these years, and particularly happy that I got to see him recently tearing up the scenery in "Kiss Me, Kate" at the Pasadena Playhouse. I will miss his goodness, his kindness, his innate common sense, and especially the twinkle that would appear in his eye when he said something funny, as if you and he had a private joke. He would have been an extraordinary teacher, and I'm so sorry that he didn't get to realize that dream. You are gone too soon, my dear old friend. I love you and I will always miss you.
January 14, 2019
Brad's physical comedy on stage was amazing. I laughed until I cried watching him prepare to get into bed in a play. He was just amazing!
His light was bright and a blessing. RIP fellow ac tor.
Rosemary Alexander
Rosemary Alexander
January 14, 2019
Brad and I met in Michael Shurtleff's acting class in the 70's. In the scene I remember best, Brad had a knife and had the rest of the class on edge as we watched. Soon after that I went to see him in Tenderloin at Equity Library Theatre. He was the lead and amazing. In an era where almost everything that moved from Goodspeed to Broadway became a hit, sadly, the show Brad starred in, Going Up, was not. That doesn't mean Brad was not terrific once again. When I went to see I Love My Wife I had no idea who was doing the roles. And there was Brad playing one of the four leads. And once again, he was terrific. A number of years later I had the fortune to be Brad's agent. This was after his stint on Three's Company. He was a pleasure to work with and should have been a well paid working actor however the big money went to major stars and the middle class actor got squeezed out financially. Brad was vocal about what was happening. His opinions and drive led him to being an actor/activist and later to being outspoken about politics. In the years between, I had the pleasure of seeing him in Zoo Story with Woody Harrelsion and later Bukowsical. Always a pleasure seeing his work. Drama, comedy, musical, he could do it all. Hadn't seen him for a number of years as I went back East, but thanks to Facebook there was still some contact. He will be missed.
Josh Schiowitz
January 13, 2019
Just a note to say how much Brad is missed. Sorry to Merilee and Hannah and to all his family and to all of us, his friends.
Lindy Ratcliffe
January 13, 2019
Rest In Peace Brad, you will be sorely missed by your many friends and admirers.
January 13, 2019
I remember Brad singing at GTC and he was truly larger than life. RIP Brad, God's speed!
Jonna
January 13, 2019
My condolences to the Blaisdell family...❤
Gail Di Virgilio
January 13, 2019
Brad and I were stationed together at Ft. Gordon GA. My wife, Ina Ruth, and I became close friends with Brad. We would hang out together as friends often do. One evening we had decided to go out to dinner, but our car was in the shop. Brad graciously offered to drive. Unfortunately Brad had a little two-seater Triumph (or MG, can't recall) and Ina Ruth was 8 months pregnant! The three of us somehow crammed into that little car and laughed all the way to dinner. Brad was always a happy, funny, caring person. He will be missed. 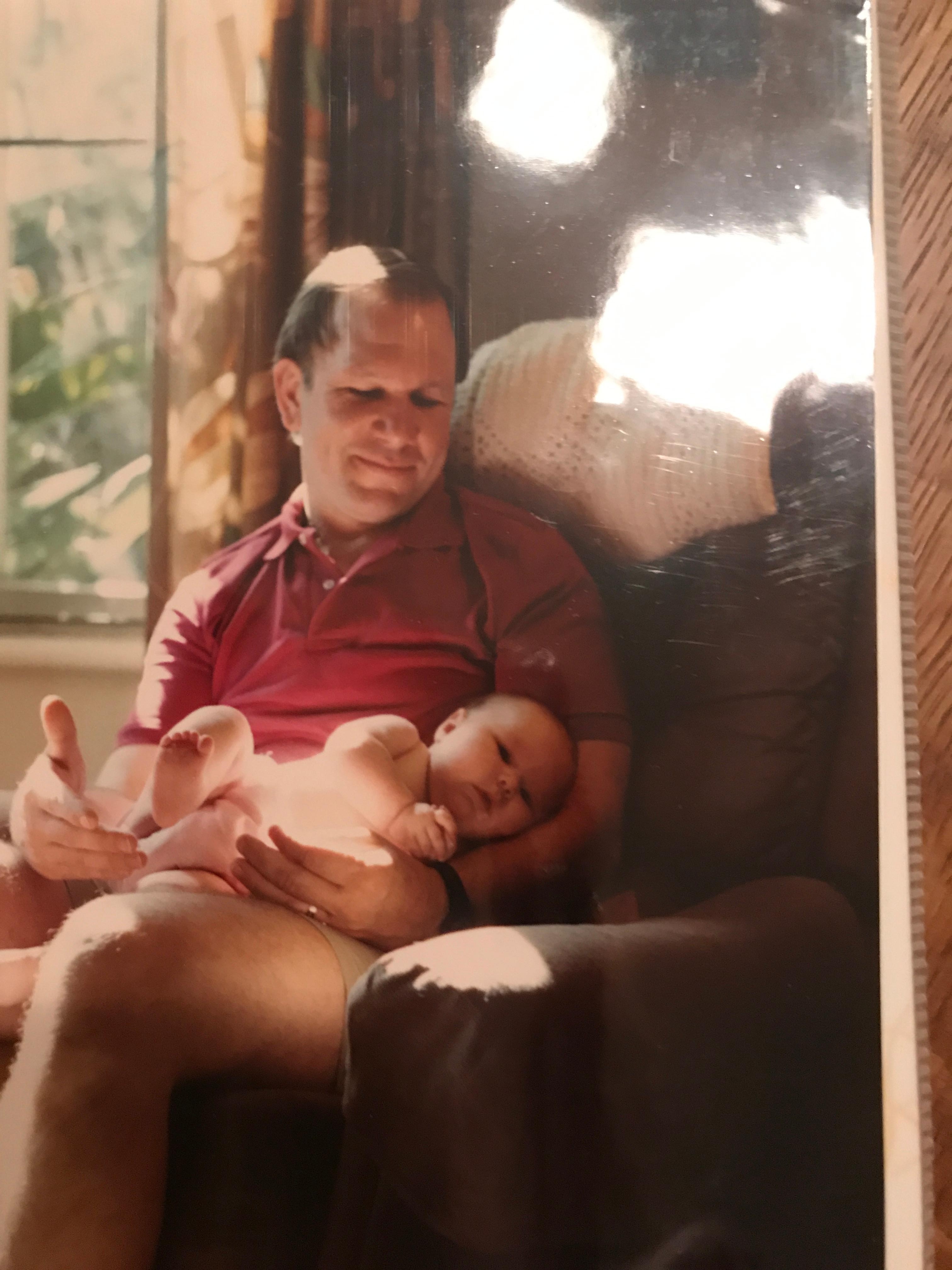 Ruth Anne Hammond
January 12, 2019
God Speed My Friend, Until We Meet Again.
Lu Drayton Scott
Classmate
January 12, 2019
Brad is a shining light of talent, brilliant sensitivity, and comedic timing... a rare blend, and a rare human being. A staunch supporter of my talent , and great friend to all who were lucky enough to cross his path. I will always be grateful for you, and love you, dear Brad ❤❤
January 11, 2019 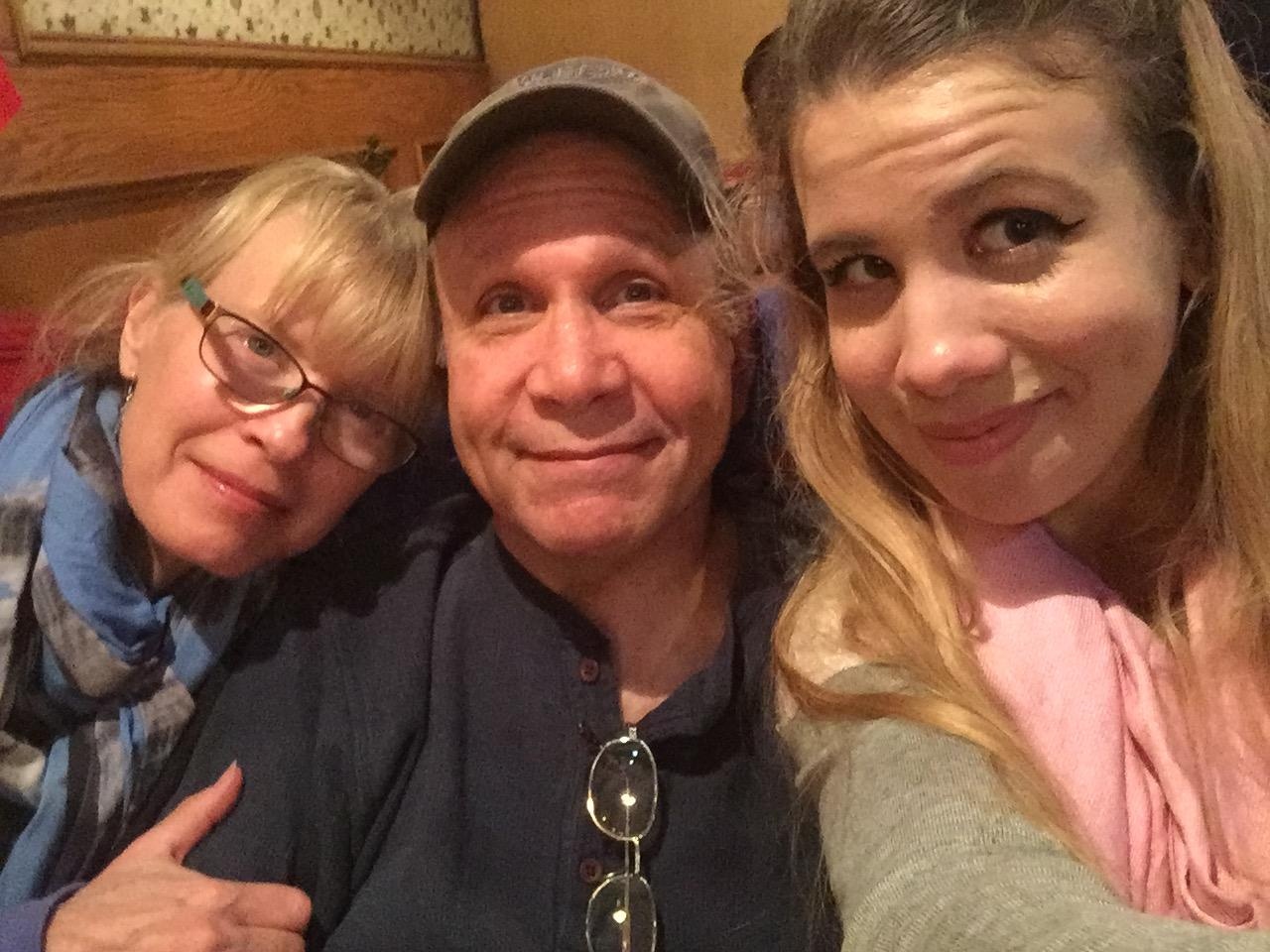 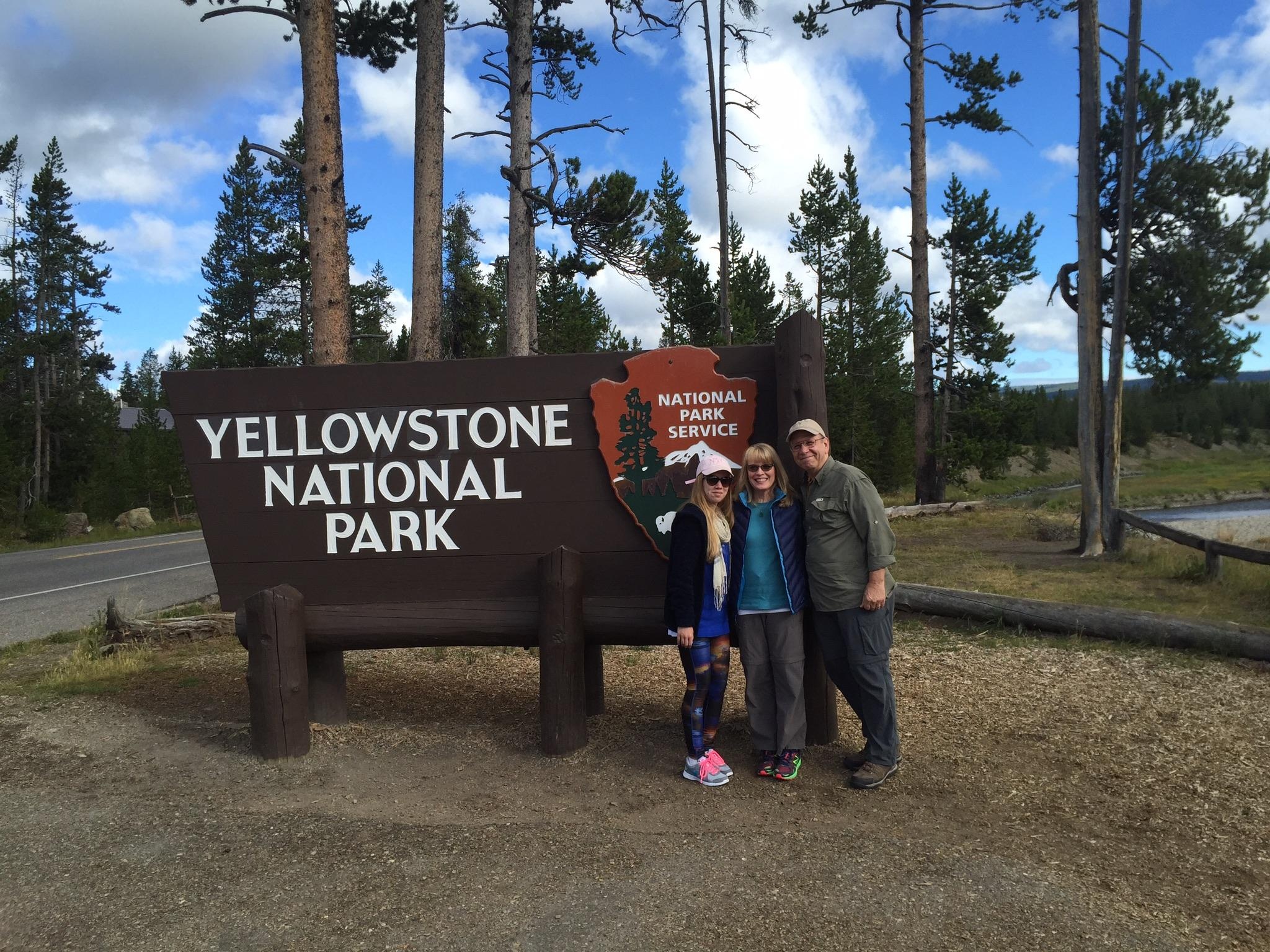 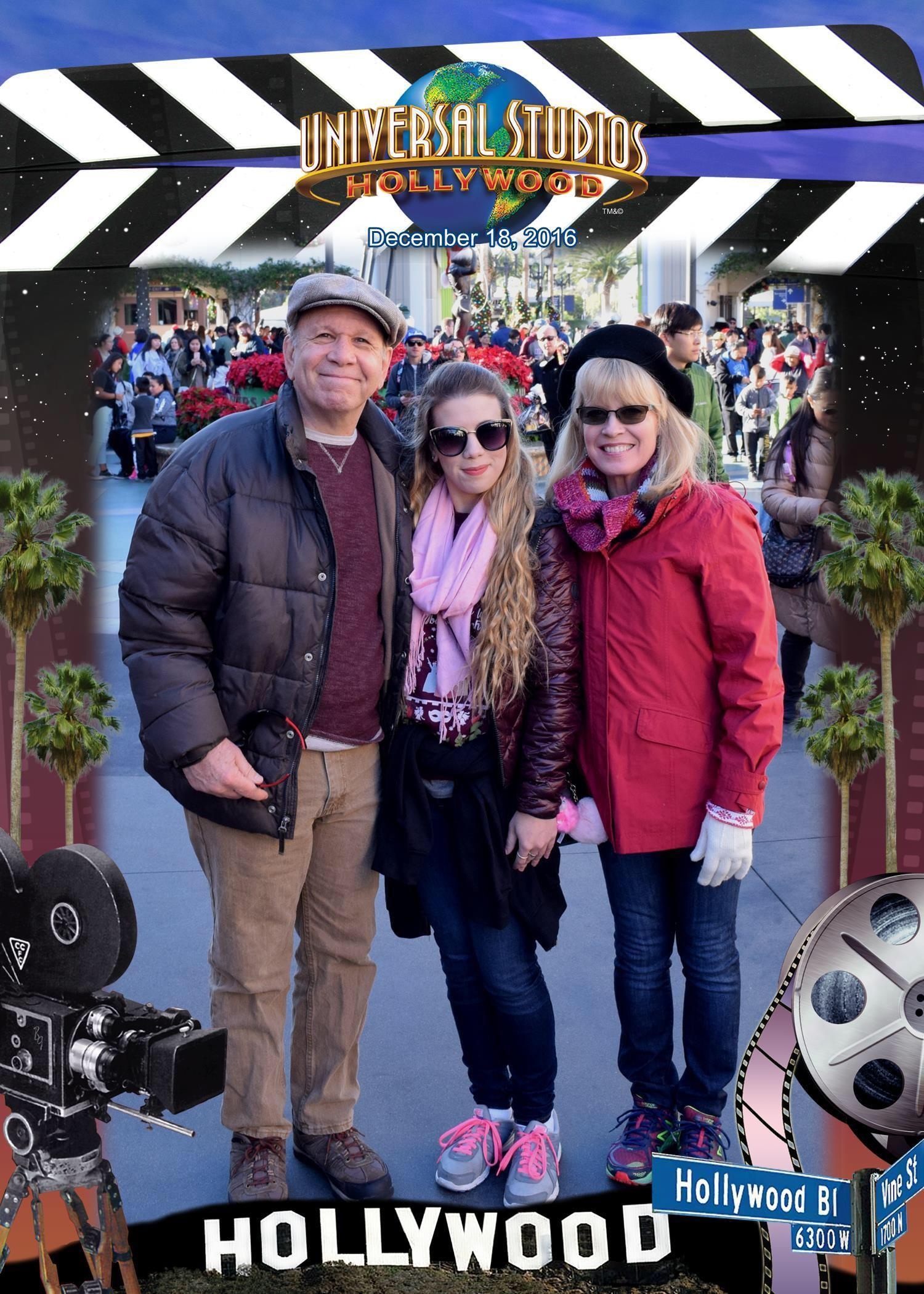 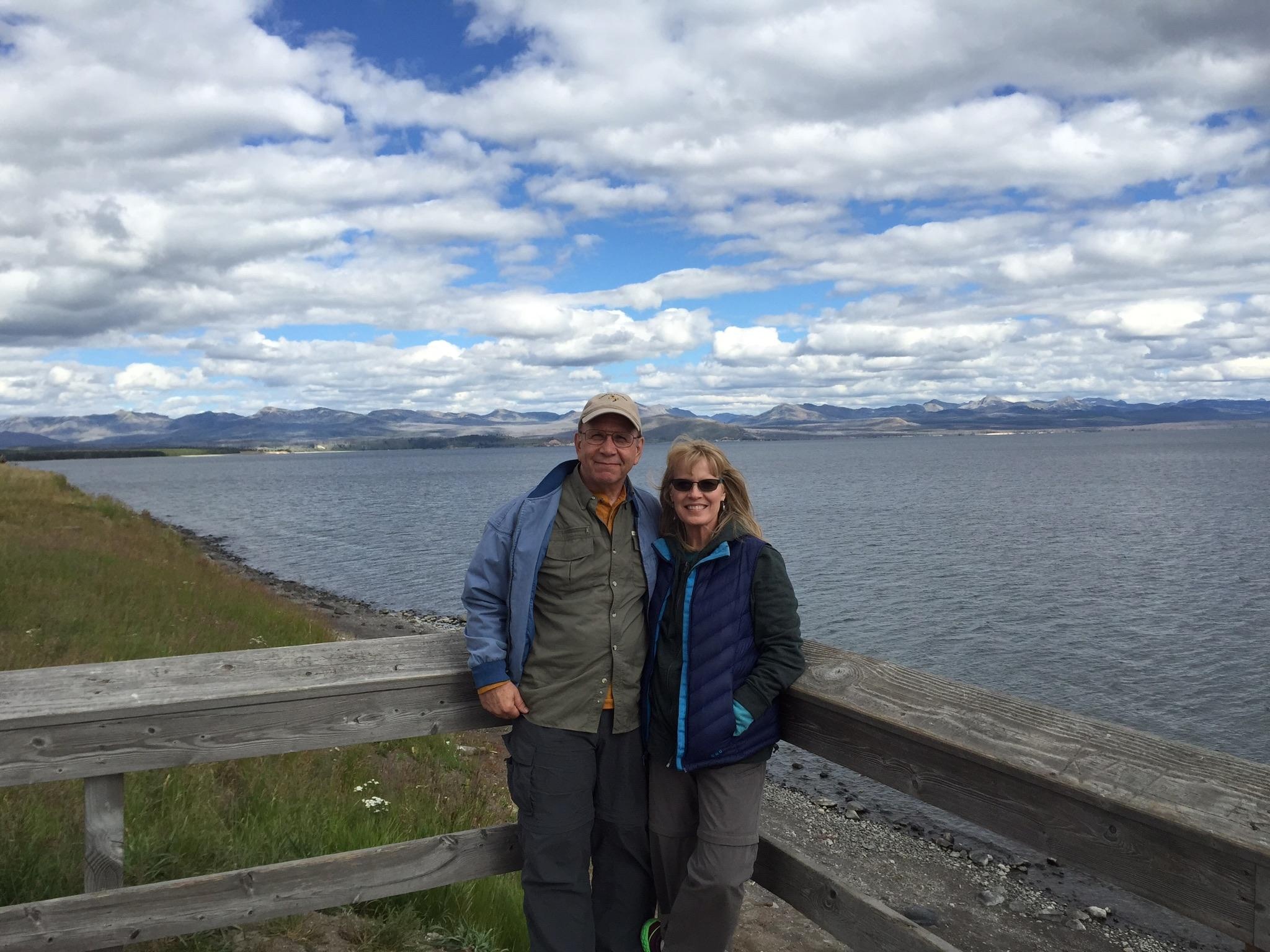 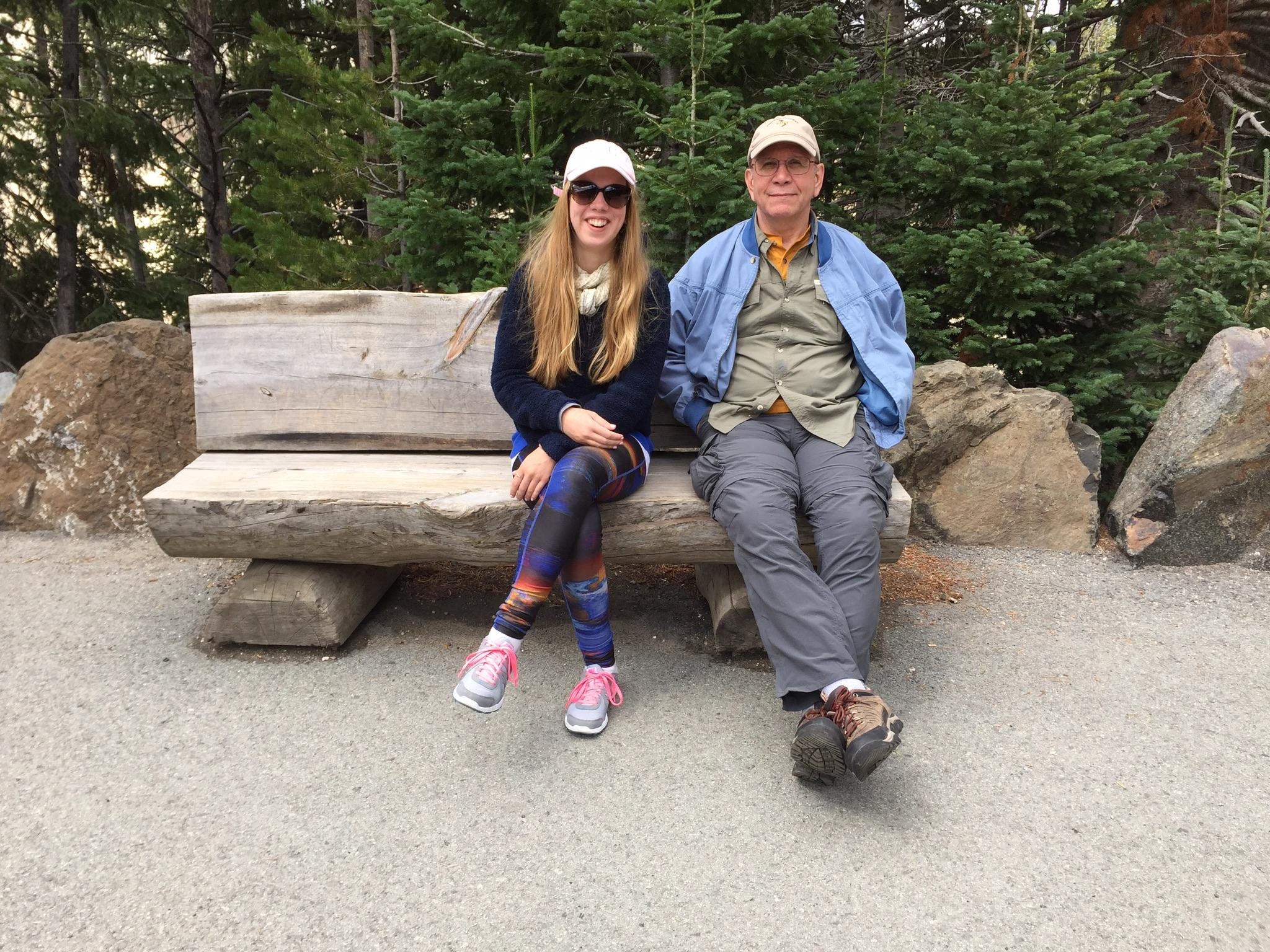 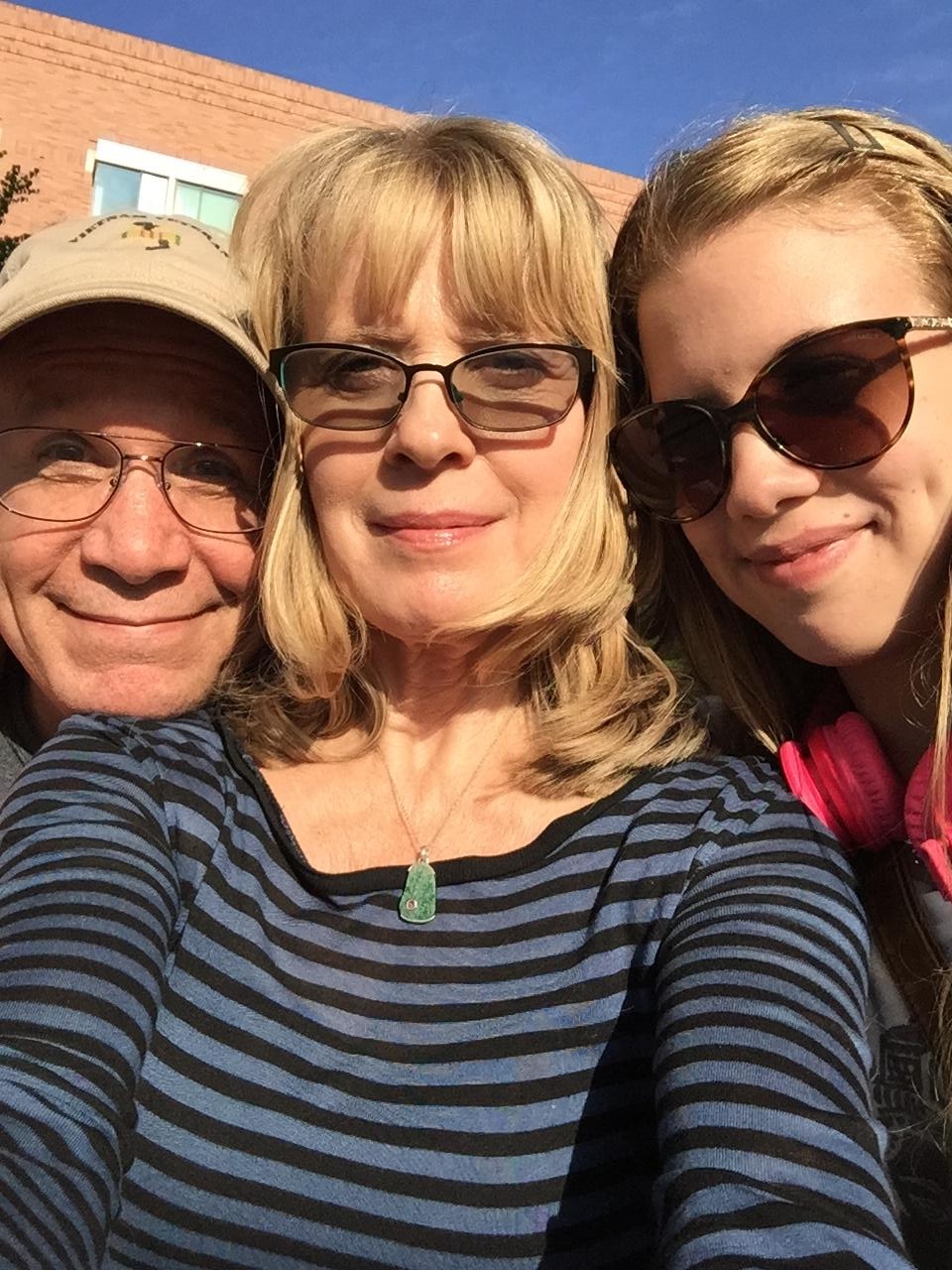 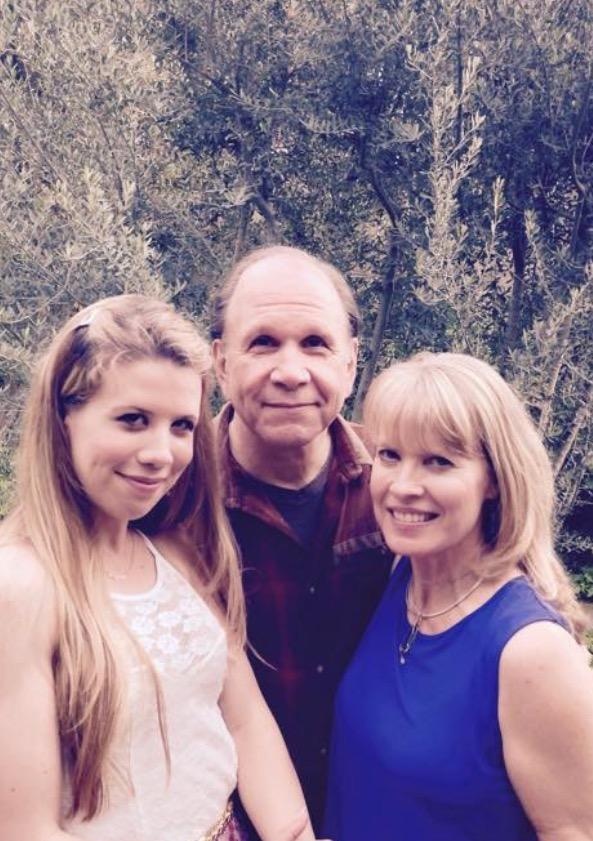 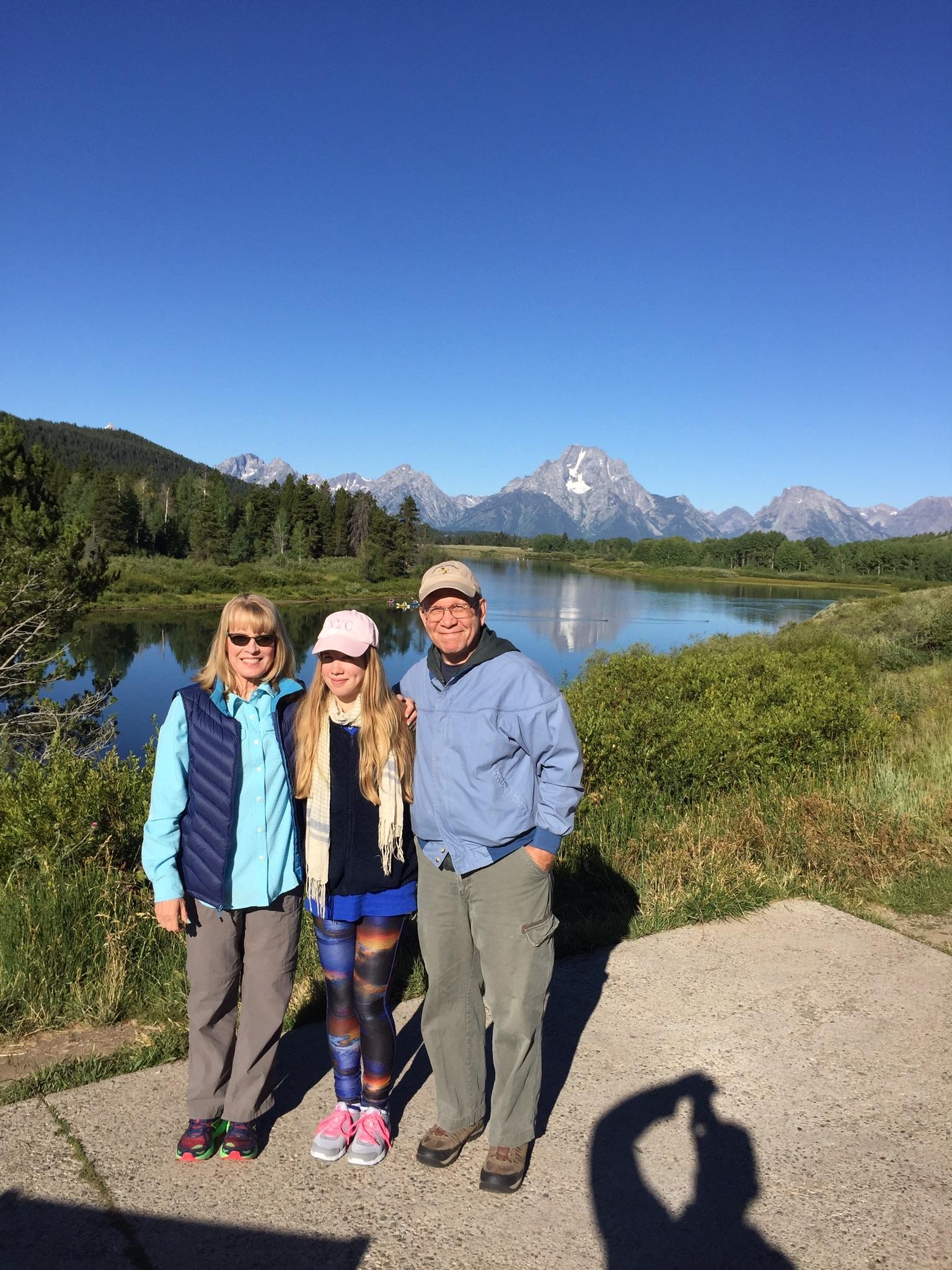