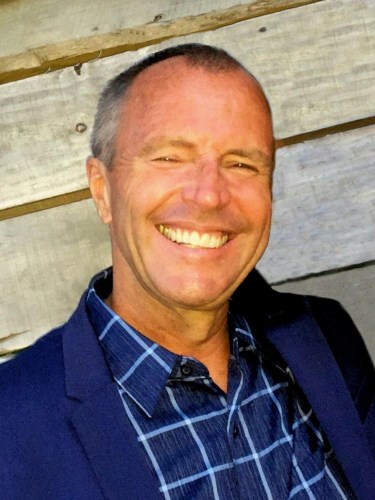 Memorial service will be held 11:00 a.m., April 10, 2021 at the Church of St. Peter in St. Peter with visitation from 9:00 a.m. until the time of service. In lieu of flowers, memorials can be made to the Mark Osborne Memorial Fund, which will be given to families in need. Livestreaming will be available at www.saintpeterfuneralhome.com. St. Peter Funeral Home is assisting the family.

Mark was born September 25, 1962 to Jean and Mike Osborne. He was the 4th of seven children and joined Patty, Danny, and Marian - Colleen, Kathy, and Michael followed.

Mark attended St Anne's School through 4th grade and then went to Park Elementary to complete his elementary education. He graduated from LeSueur High School in 1981. After high school, he attended Winona State and MSU majoring in geology. He purchased his Uncle Norb's farm within a mile of where he grew up and so enjoyed many years of farming with his father. Love of traveling took him to Australia, Fiji, Ireland, and Europe, often in the winter months during the farming downtime.

Meeting Liz Preheim Goertz in 1989 was a changing point in Mark's life and he switched his travels from overseas to St. Paul, MN where she was doing her family practice residency. They were married on August 1, 1992 at Gustavus Adolphus with a big reception on the farm. Together, they celebrated 28 years of marriage. The greatest joy of Mark's life was his three children, Morgan (27), Sara (25) and Casey (21). His farming occupation allowed him to be an integral part in raising the children and he became known as "Mama Mark". He loved being a dad and he was so proud of each one of his three children.

Fun loving, authentic, ambitious, kind, and generous were among his greatest attributes. His love for hunting Morel mushrooms was equally matched by his love of hunting elk, deer, ducks, and geese. He coordinated many elk hunting trips with his friends and family, who were so important to him. Mark was always up for a challenge and it mattered little whether that challenge was small, like playing cards, cribbage, and chess, or bigger like running a marathon or climbing mountains. He considered it a great privilege to climb Kilimanjaro in Africa in 2016 and Aconcagua in Chile in 2018.

Life was not always easy for Mark and he overcame handicaps without complaining and by approaching them with the same energy and enthusiasm that so permeated the rest of his personality and his life.

Mark was preceded in death by his maternal and paternal grandparents; his father, Michael Osborne; and his nephew, Nolan Osborne. Left to mourn his passing and to celebrate his life are his mother, Jean Osborne; his wife, Liz Osborne; his daughter, Morgan and her boyfriend, Jesse Schwirtz; daughter, Sara; and son, Casey. He is also survived by his siblings, Patty (Dave) Mike, Danny (Cindy) Osborne, Marian (JP) Welch, Colleen (Nels) Peterson, Kathleen (Jeff) Sawyer, and Michael (Jenny) Osborne. His many nieces and nephews will also remember special times with Uncle Mark.

Dear friends and extended family on both the Osborne and Preheim side will miss the genuinely spirited life that was his. He will forever be loved and forever be remembered in all of our hearts!
To plant trees in memory, please visit our Sympathy Store.
Published by Le Sueur County News from Apr. 7 to Apr. 8, 2021.
MEMORIAL EVENTS
Apr
10
Visitation
9:00a.m. - 11:00a.m.
Church of St. Peter
, St. Peter, Minnesota
Apr
10
Memorial service
11:00a.m.
Church of St. Peter
, St. Peter, Minnesota
Funeral services provided by:
ST. PETER FUNERAL HOME - KLEIN CHAPEL
GUEST BOOK
1 Entry
Our deepest sympathy to the family for your loss. Love and prayers. Pat and Carol Casey
Pat And Carol Casey
April 7, 2021