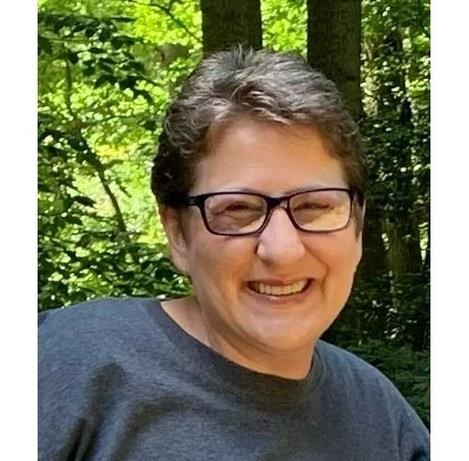 Adrienne was born March 4, 1968, in Bronx, NY, the daughter of Ernest and Vanda (Covelli) Brown.

She lived in Lawrence since 2011, moving here from Bel Air, MD where she lived 12 years and previously lived in several Kansas locations.

She graduated from Coldwater High School, Coldwater, KS, with the Class of 1986. Adrienne continued her education at Kansas State University graduating in 1994 with a Bachelor of Fine Arts with a concentration in painting.

She was a lifelong artist.

She was preceded in death by her father Ernest Brown, and sister, Judy Brown.

The family suggests memorial contributions to LMH Health Cancer Center c/o Dengel & Son Mortuary, 235 S. Hickory, Ottawa, KS 66067. Family and friends are encouraged to post their condolences and memories on Adrienne's Tribute Wall at www.dengelmortuary.com
Published by Lawrence Journal-World on Jan. 6, 2022.
To plant trees in memory, please visit the Sympathy Store.
MEMORIAL EVENTS
To offer your sympathy during this difficult time, you can now have memorial trees planted in a National Forest in memory of your loved one.
Funeral services provided by:
Dengel & Son Mortuary - Ottawa
MAKE A DONATION
MEMORIES & CONDOLENCES
0 Entries
Be the first to post a memory or condolences.