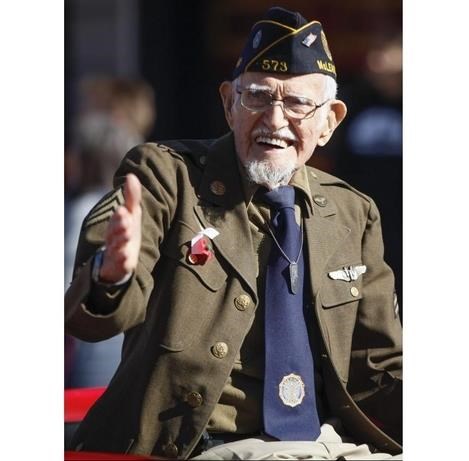 He grew up in McLean, Illinois and attended the United Methodist Church. Chuck was a paper boy and helped work in his father's gas station. He was a high school athlete, lettering in basketball, baseball and track. After high school, he joined the Army Air Corp, April 1944. He became the top turret gunner on a B24. In May 1946 he was honorably discharged but stayed in the reserves for 3 more years.

After the service, he entered into business with his dad, managing and overseeing their own Standard service station on Route 66. He enjoyed the endless stories and friendships forged during those years. Chuck bought his dad and brother out in 1960 and rebuilt further up on Route 55, becoming Chuck's Midway Standard. He became the first million dollar seller in Illinois for Standard Oil.

?Chuck married Joyce Darlene Howe (Stanford, IL) June 20th, 1948. Unable to have children, they pursued adoption through the Baby Fold. Their daughter, Cynthia Joy was adopted in April of 1959, and their son, Charles Douglas was adopted in March of 1961. Joyce preceded him in death after battling cancer. They were married 33 years.

?Over the years, Chuck was an active member of the Burger/Benedict American Legion post, the Rotary Club, and was a village trustee in McLean. He attended Walk to Emmaues, Lay Witness Mission, and? became leader in the Crusillo movement. His family loved him and respected him. Everyone loved his sense of humor and zest for living.

?He was given a second dance partner marrying Marilyn Dabney Davis in August 1985.? They danced weekly and Chuck rarely missed a weekly dance well in to his 90's.? After 25 years of marriage, Marilyn passed away in 2010 and left her precious "Chuckles" with many memories and loving connections with her sons Tom & John Davis and their families.

He is remembered and celebrated by his children: Cindy Benedict Barclay (Jeff), Lawrence, KS and Charles Douglas "Doug" Benedict (Nena), Phoenix, AZ.? He has the honor and bragging rights to 10 grandchildren and 17 great grandchildren, and was proud he could name every one, in order.? He moved to Lawrence, KS in 2005 and was able to have countless adventures enveloped by family and new friends. He was a member of Christ Community Church. Chuck never met a stranger, which was perfectly highlighted in his role as Greeter at Hy-Vee in Lawrence for 12 years and looked forward to? singing in the KU Inter generational choir. Dancing was a bi-weekly event along with his many morning coffee groups. His many talents included wood-working, cooking and storytelling.? He knew the importance of strong faith, good customer service, encouraging words, personal reputation and hard work.? We could fill a special edition with his quips and astute wisdom.? He may have had lots of lemons dealt to him, but always managed to squeeze out lemonade.? A life well lived and well loved- two thumbs up.? We will miss his special twinkle!

Lawrence Chapel Oaks Cremation and Funeral Services is honored to serve the family. For online condolences see www.chapeloaksne.com.
Published by Lawrence Journal-World on Nov. 12, 2021.
To plant trees in memory, please visit the Sympathy Store.
MEMORIAL EVENTS
To offer your sympathy during this difficult time, you can now have memorial trees planted in a National Forest in memory of your loved one.
Funeral services provided by:
Lawrence Chapel Oaks Cremation and Funeral Service - Lawrence
MAKE A DONATION
MEMORIES & CONDOLENCES
3 Entries
I remember Chuck, so fondly, he always loved to dance as do I he always told me I was one of the best dance partners ever!, Chuck was good to me and my family we always remember the good times we had together! RIP Chuck, Love Doris Bartkoski
Doris Bartkoski
Friend
November 13, 2021
He was a fabulous person who extended kindness and humor to myself and my family. Going into Hy-Vee was a highlight if he was working. He shared stories of his life which was always a pleasure to hear. He will be truly missed. Love and prayers to your family. Thank you for sharing him with so many people.
Debrina Most
Other
November 12, 2021
Sorry for your loss I always like seeing him at Hy-Vee He always had a smile.
Anthony Takacs
November 12, 2021
Showing 1 - 3 of 3 results