Glenn "Dean" Loucks died on October 17, 2014. Born in White Plains on July 15, 1935 to Eleanor Peck and Glenn Dacey Loucks, he became a talented student and athlete at White Plains High School. As quarterback of the football team of 1950-1952, he was part of three undefeated seasons. Dean was All County, All Metropolitan and All American. At Yale University as quarterback he earned All Ivy League and All East honors. He graduated from Yale in 1957. He valued the friendships made through participation in sports. After receiving his Master's Degree in Teaching from Columbia University, he joined the staff at White Plains High School in 1960, teaching Social Studies and coaching the varsity football team until 1968. He helped and inspired many students. In early 1970's he became head coach of the Fordham University football team and helped to rebuild its football program. Much of his life was associated with Mohawk Day Camp and Tall Pines Camp in New Hampshire. In 2009 he was inducted into the Westchester Sports Hall of Fame for his superb athletic skills and innate intelligence which brought him his incredible success. He is survived by his daughter Kathy Loucks and grandson Glenn James Loucks Jr. He is predeceased by his daughter Ginger, his son Glenn J. Loucks Sr. and brother J. David Loucks. A private burial is planned. In lieu of flowers donations to your charity of choice or to the Glenn D. Loucks Track Meet, care of Daniel Woodward at White Plains High School, 550 North Street, White Plains, NY, 10605


Published by The Journal News on Oct. 20, 2014.
To plant trees in memory, please visit the Sympathy Store.
MEMORIAL EVENTS
To offer your sympathy during this difficult time, you can now have memorial trees planted in a National Forest in memory of your loved one.
Funeral services provided by:
McMahon, Lyon & Hartnett Funeral Home, Inc.
MAKE A DONATION
Please consider a donation as requested by the family.
MEMORIES & CONDOLENCES
28 Entries
I echo Paul Briante's good words. Mr. Loucks inspired me to love American history. He was loved and admired by everyone who were so fortunate to have had him as their history teacher (the girl students, were crazy about him!) He had a great sense of humor, too. The entire Loucks family were/are model citizens. Mr. Loucks certainly made a mark in football, but it was as a teacher that he made the more lasting mark. R.I.P.
Richard Sloan
Student
January 15, 2019
Very sad to learn of Coach's passing. He was an inspiration to all who passed through his shadow. From WPHS, to Camp Tall Pines to serving as one of his assistant coaches at Fordham, he will be remembered as a valued mentor and friend. My condolences to the Loucks family.
Steven DeBrocky
October 23, 2014
Dean was a great friend from fourth grade at Mamaroneck Ave Elementary through high school and after. We had some wonderful times at Mohawk and just hanging out. Dean and his Father and Mother had a big influence on my life. I was proud to tell everyone I knew that #12 was a friend of mine. God Bless --Dean you are in my prayers.
Paul Delaney
October 22, 2014
Deepest condolences to the Loucks family and many friends of Dean Loucks. Coach Loucks was our White Plains teacher, football coach and always a willing counselor. Dean gave us so much more than athletic skills. He inspired us to succeed through his example of hard work and intense competitive spirit. Dean provided us with so many life lessons and taught us to respect and be proud of the White Plains tradition of always seeking excellence in all our pursuits. We are eternally thankful to you and will miss you greatly.
Bill Drummond
October 22, 2014 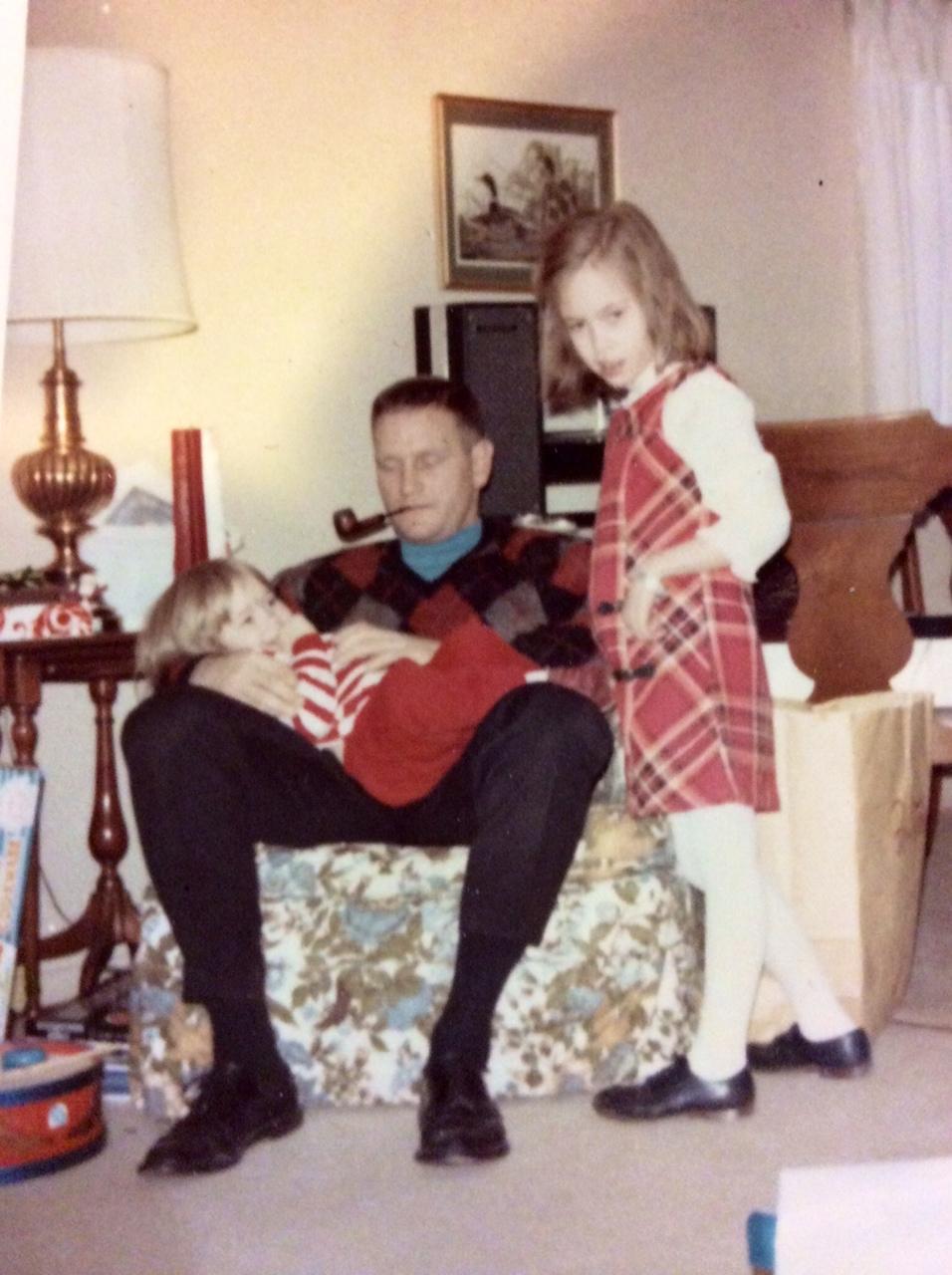 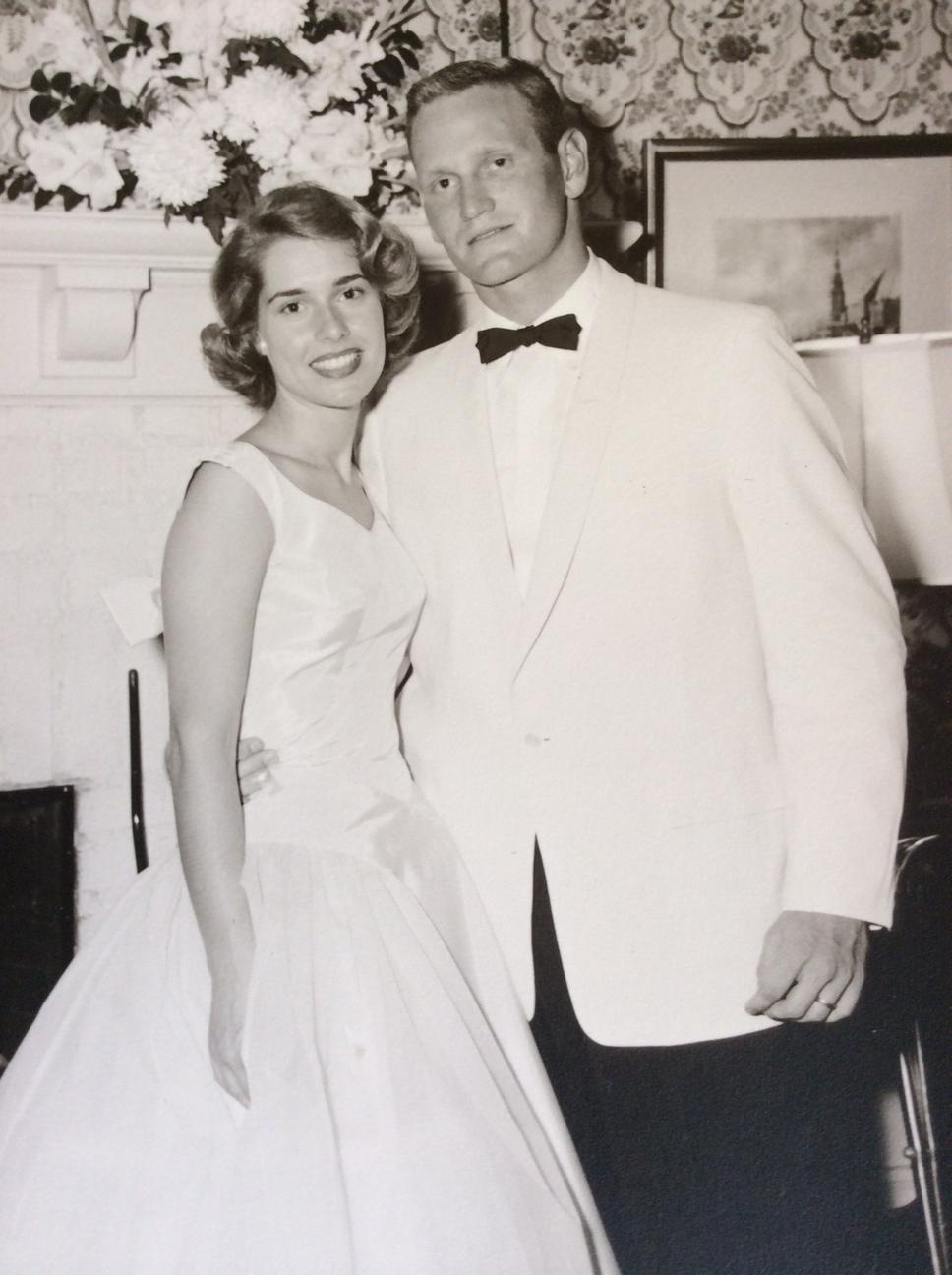 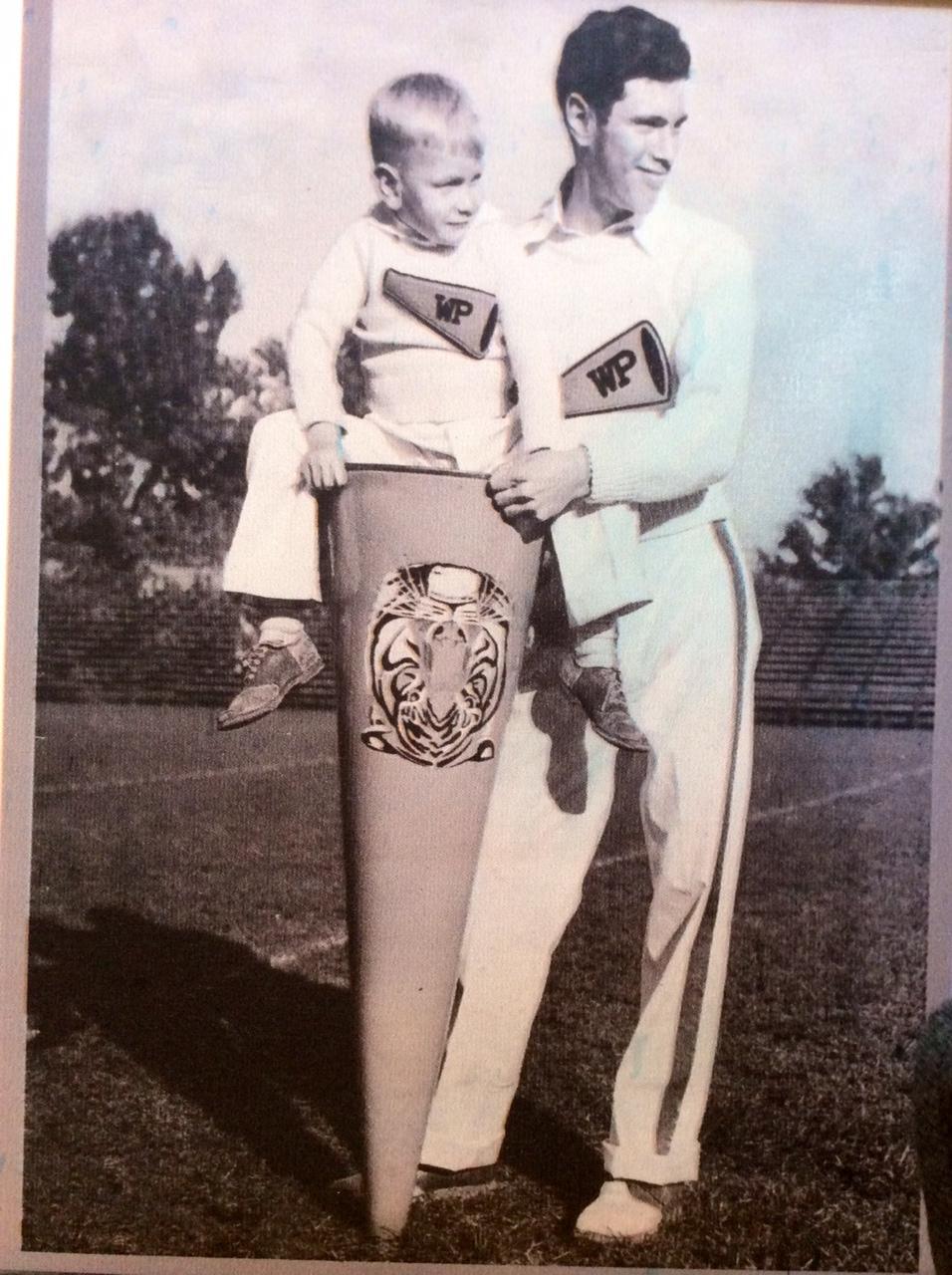 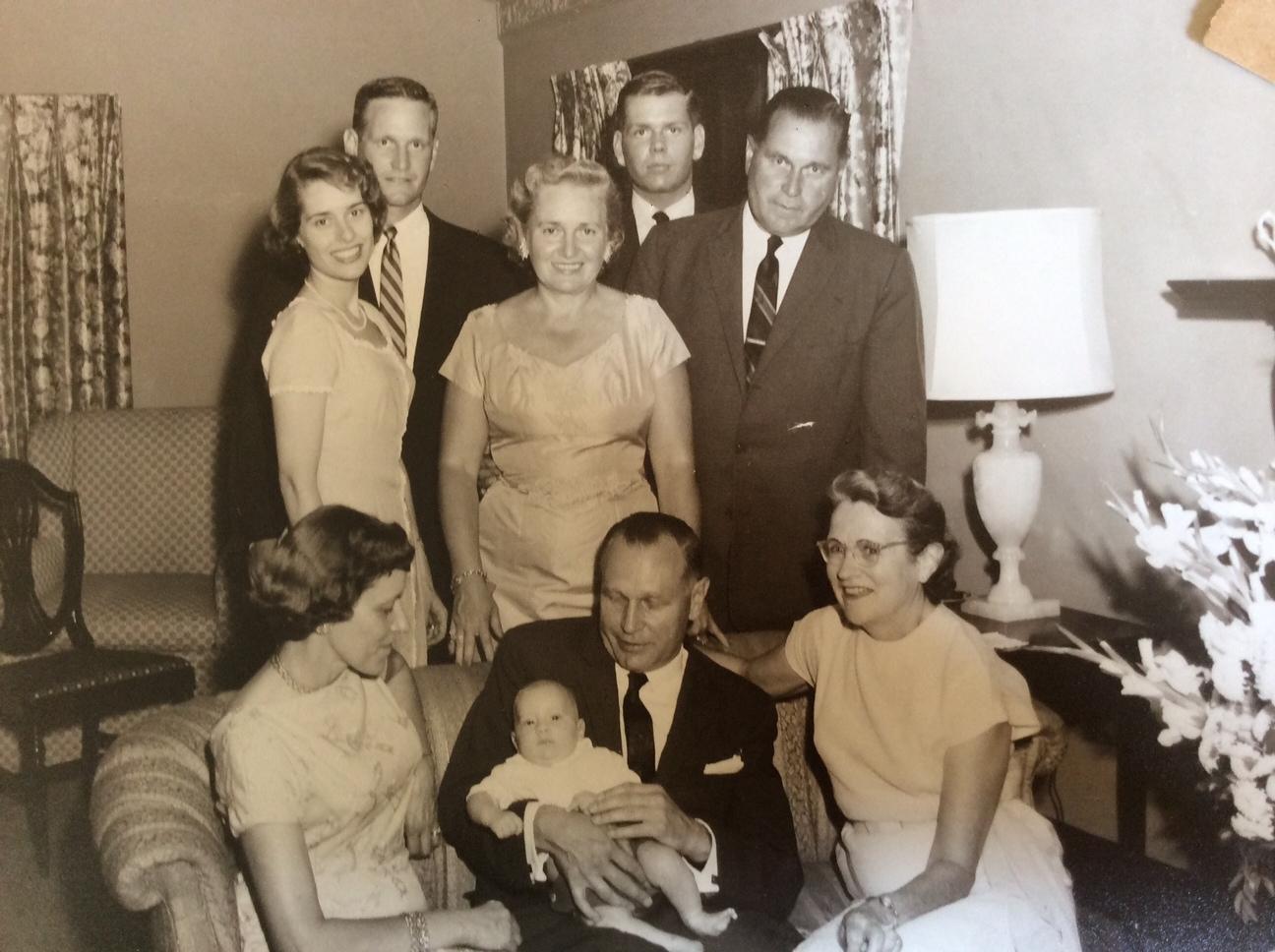 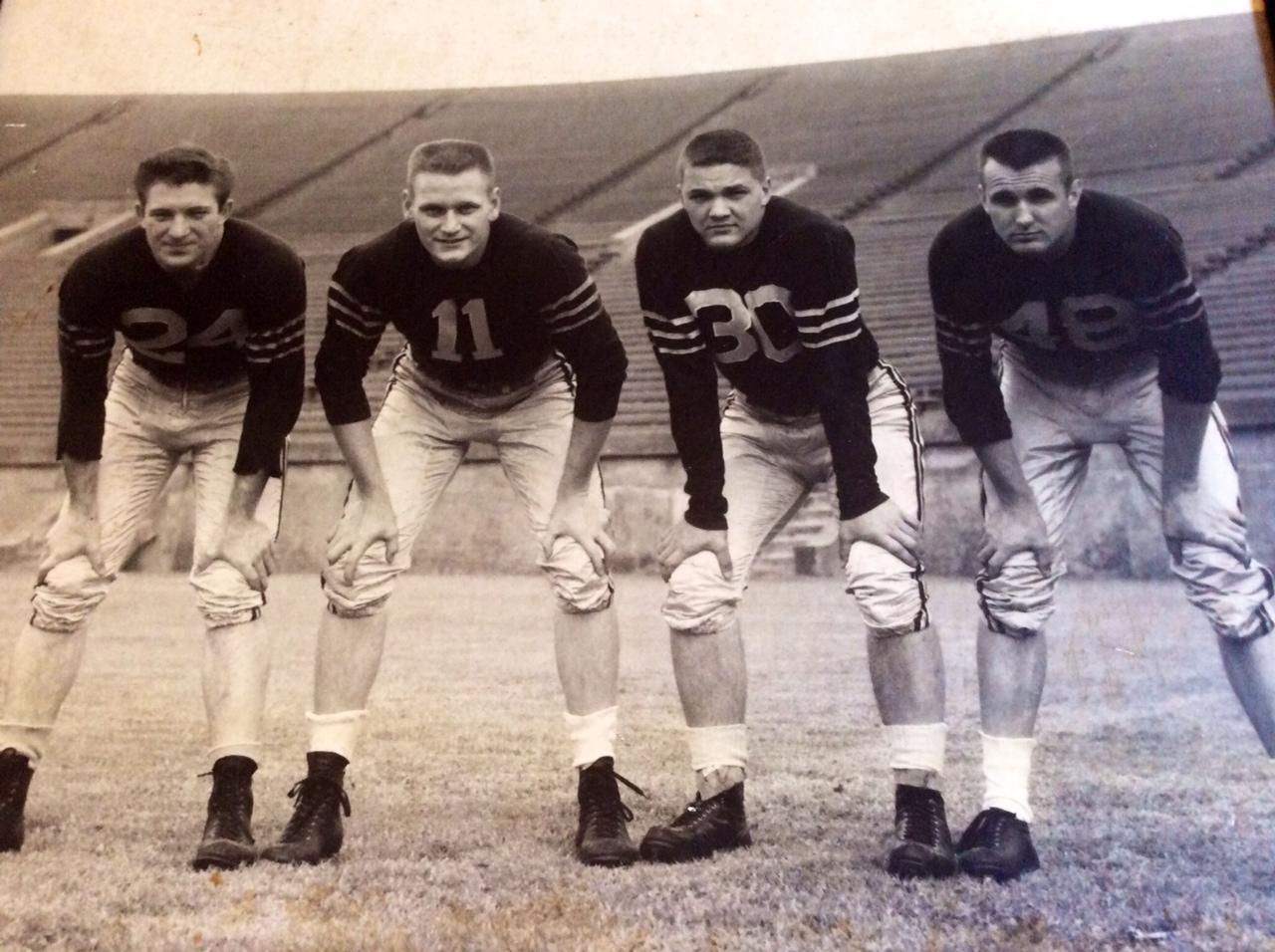 October 21, 2014
I was born on the same day in the same hospital as Dean and that's how we met. A wonderful guy who I am sad to see leave us. Rest in peace old friend.
John Porter
John Porter
October 21, 2014
My condolences to the Loucks family. A legend has passed. I had the good fortune to play on Deans's first team as a head coach (1960). Dean's influence on my life is immeasurable. I owe him a great deal. Thank you Coach. Rest in peace.
Ron Berlingo
October 20, 2014
Dean was a young 14 years old, playing on our 1949 American Legion baseball team, A fine young man & wonderful quiet performer. He made all White Plains proud in his every endeavor. He will be missed by all who knew him!
Jim Schlichting
October 20, 2014 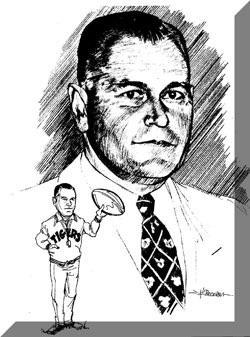 I knew you as a happy, very straight-forward, caring gentleman and will never forget you. After all, what man other than Dean Loucks would be able explain to me (in detail) about Tiger-etiquette?? I still roar loudly and proudly and thank you much for your time spent encouraging and amusing me.

I extend my deepest condolences to the entire Loucks family and their many friends during this time of grief. I will keep you in prayer for strength, peace and healing.

Trish (Patricia) Carter
WPHS - Class of 1966 - A-2
Trish (Patricia) Carter
October 20, 2014
We will miss Dean, an old dear friend, teammate, and sidekick. He represented the best we can be in athletics, academics, and lifelong friendship. He will never be forgotten. Our deepest sympathy goes out to the family. Sondra and Don McLean
October 20, 2014
Your work ethics helped me thru my college and adult life. You were well respected on and off the field and throughout the WP community. Thank you for my first start at left guard my Junior year against Middletown NY. RIP Coach
Billy selino
October 20, 2014
Coach gave alot to the young men of White Plains and the football program.My regrets to the Loucks family
McNeilly Marc
October 20, 2014
I went to Camp Tall Pines and was also a counselor at the camp. During my first year at Camp, I was terrified of the water and he not only taught me how to swim, but how to love the water. I became a senior life saver with his help and guidance. I also worked in the athletic department when Dean coached Football at Fordham. He was classy, incredibly athletic, a great teacher, smart and fun, qualities that are very rarely combined in one person. RIP Coach and Teacher.
Emmet Delany
October 20, 2014
My condolences to the Loucks family. During my years at WPHS he was intermittently around the track area. He was just observant and thoughtful. I'm very saddened, and yes he was a very good influence for me. thank you Coach Loucks.
Kevin Carty
October 20, 2014
Coach Dean and his father, Glenn helped shape our lives beyond the gridiron. My brother Len, deceased, and I shared and hopefully passed on the Loucks' legacy of honor, integrity and commitment to our families and loved ones. My condolences to the Loucks family.
(Obie #57) Class of '62
Bruce Obrentz
October 20, 2014
Rest in peace Dean. The Loucks camping traditions have stayed with me my entire life and I treasure many memories. Jo Stingone McLaughlin
Jo McLaughlin
October 20, 2014
I was an average student until Glenn taught me in History. Great man. Great friend. He will be missed by all his past students.
Paul Briante
October 20, 2014
My condolence to the Loucks family for their loss. Coach Loucks taught me the meaning of hard work and dedication to the sport of football. I can still picture him standing at the top of the hill yelling again! Dean, rest in peace.
Greg Drummond
October 20, 2014
Thank you Coach for all that you did for so many that were fortunate enough to be coached and guided by you.Our thoughts and prayers are with your family.
Rest in peace Coach. Thank you!
Brian Murray
October 20, 2014
Dean's passing marks the end of an era of greatness. The entire Loucks family gave so much to White Plains. Dean's legendary athletic feats will never be forgotten. Farewell to a great warrior.
Fred Perkins
October 20, 2014
Our deep condolences to the Loucks family from the Weinsteins--Marc, Bruce & Gene. We shared many happy occasions with Dean dating back to Camp Mohawk.
October 20, 2014 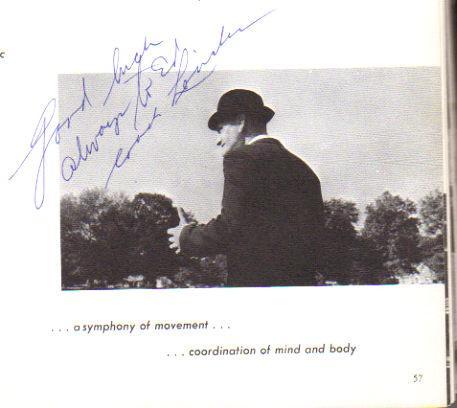 Coach taught all of us a great deal and will be sadly missed.
Edward Walter
October 20, 2014
god bless you, and rest in peace.
J.R. BERGMAN
October 20, 2014
My regrets to the Loucks family! I knew Glenn well when I attended WPHS and was a Tigerette! Graduated oneyear after him!
Carol (Shein) Cartoon-Smokar
October 19, 2014
Showing 1 - 28 of 28 results