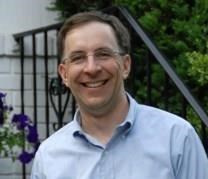 John Cummings Boyd, known to his family, friends, and colleagues as Corky, passed away suddenly on Sunday, May 7th. Corky was born and raised in Portland, Oregon. Growing up, he loved the Boy Scouts and earned the rank of Eagle Scout. He earned his Bachelor of Arts in Economics from Northwestern University where he was in the Kappa Sigma fraternity. Corky also went on to earn his Master of Fine Arts in Technical Design and Production from the Yale University School of Drama.

Corky devoted much of his life to his love of theater, spending more than 24 years working professionally on the technical side managing the creation of scenery and automation for Broadway shows including Aladdin, Lion King, Hamilton, Matilda, and Billy Elliot. He was a Visiting Lecturer at the Yale School of Drama. Corky also loved sailing and the outdoors and is a former Commodore of the Cedarhurst Yacht Club.

Corky was a wonderful husband, amazing father, and a devoted son, brother, uncle, and friend. He was honest, hardworking, and caring.

Corky is survived by his wife Christine, son William, his mother Bette, father Larry and stepmother Linda, his brothers and their families Thomas, Lorie, Parker, Branner and Michael, Antra, Morgan, and Collin. He will also be dearly missed by his cousins, aunts, uncles, and by the family he gained when he married Christine--Dominic, Camille, Robert, Karen, Katherine, and Alexandra Caruso.

His family received friends on Wednesday, May 10th from 4pm - 8pm at the Leo P. Gallagher Funeral Home, 31 Arch St. Greenwich, CT 06830 and again on Thursday, May 11 from 2-4pm and 7-9pm. A Mass of Christian burial will be held on Friday, 10am at St. Paul Parish, 84 Sherwood Avenue (off King Street) Greenwich, CT 06831. To leave an online condolence please visit www.LeoPGallagherGreenwich.com.


Published by The Journal News on May 11, 2017.
To plant trees in memory, please visit the Sympathy Store.
MEMORIAL EVENTS
May
10
Visitation
4:00p.m. - 8:00p.m.
Leo P. Gallagher & Son Funeral Home
31 Arch Street, Greenwich, CT
May
11
Visitation
2:00p.m. - 4:00p.m.
Leo P. Gallagher & Son Funeral Home
31 Arch Street, Greenwich, CT
May
11
Visitation
7:00p.m. - 9:00p.m.
Leo P. Gallagher & Son Funeral Home
31 Arch Street, Greenwich, CT
May
12
Mass of Christian Burial
10:00a.m.
St. Paul Parish
84 Sherwood Avenue (off King Street), Greenwich, CT
Funeral services provided by:
Leo P. Gallagher & Son Funeral Home
MAKE A DONATION
MEMORIES & CONDOLENCES
Sponsored by Leo P. Gallagher & Son Funeral Home.
16 Entries
The entire team at Adirondack Studios has marveled at Corky's expertise and intuition over many years of collegial competition in our creative industry. We are saddened by his departure from Hudson, and his loss to Live Entertainment and the other families to which he belongs.
Tom Lloyd
Friend
August 9, 2017
To Bette and all the family,
I'd like to express my sincere condolences for your tremendous loss. My family and I carry many fond memories of Corky. My thoughts and heart are with you.
Kathi Noles
May 31, 2017
Andy & I were saddened to learn the loss of your son John Corky Boyd, you may remember us losing our young son Sean Michael back in 1986, he was in the Theater & a news person mentioned his last act was his best as we'd donated all of his organs to special people. Chick Sadowski
Kathleen Sadowski
May 26, 2017
I'm sorry to read of your family's loss. I hope that time and God's promise at John 6:40 ease the pain of your grief.
E Rosa
May 21, 2017
To Christine, I'll keep you, Will and the rest of your family in my prayers. I hope you find comfort and peace at this most difficult time. I'm truly sorry for your loss.
Elissa De Caro
May 13, 2017
To your family, Please know that you will be missed, Your life will carry on In our hearts and minds, Be confident that your time here was worth while, rest in peace my friend. Mike Pilipski and family
May 12, 2017
As a set designer and member of both the Yale Drama School community and the Broadway community, I have known and worked with Corky for many years. I was shocked today to hear of his untimely passing. I knew Corky as a professional--he will be missed--but this cannot compare to the deep loss for his family. To them I send my esteem for Corky, my sorrow, and my healing thoughts.
Nancy Thun
May 11, 2017
My God ... I just found out and I am in shock. Corky was the nicest most caring person to work with ... a true supporter of the theater ... I just saw him at the Yale Christmas party and I refuse to believe this. My heart goes out to his family .. especially his little boy. Adrianne Lobel
May 11, 2017
When I brought Hudson into the fold on our project, Corky was one of the reasons our team connected so well, his humor, smarts, technical talents and all around plain old fashioned goodness. We have loved working with Corky at Hudson. This is such a loss for all. Please accept my deepest condolences.
Jennifer Vogt
May 11, 2017
To Christine. Will and the rest of the Boyd Family

We wish to express our deepest sympathy on Corky's sudden passing.

Our thoughts and prayers are with you at this difficult time.

From Cormac, Bernie, Aisling and Meabh
Cormac Little
May 11, 2017
We are so heartbroken for your family's loss. Raj,Suzanne,Sabrina,Sofia and Derek Jain
Suzanne Jain
May 11, 2017
We were dismayed to hear of Corky's untimely death. Bette, Larry and Linda, we offer our deepest sympathy; losing a child is the saddest thing a parent can face. And to Christine, their children, brothers and extended family, and to his many friends who are bewildered at this sad news, our hearts are with you.
Reading about Corky's activities since he left high school, we are not surprised to see that he had a full and successful, if too short, life.
Please let us know if there will be a memorial service in the Portland area. ~Dan and Winky Oswald
May 10, 2017
dear sweet will. your family has grown thru this . we will all love you and care for you and keep your fathers dedication to you alive thru our prayers actions and guidance. my family is truly sorry for this loss. but we will build from here a place of love. love Hope
hope klein
May 10, 2017
Dear Christine and Will, My deepest sympathy and prayers to you and your family at this difficult time.
Grace O'Brien
May 10, 2017
My deepest sympathy to Christine and family. My thoughts are with you.
Kathy Freeman
May 10, 2017
Thinking of you all.
Kyle HIggins
Coworker
May 10, 2017
Showing 1 - 16 of 16 results