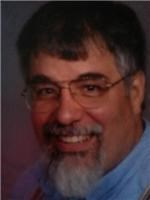 FUNERAL HOME
Pearson Funeral Home
149 Breckenridge Lane
Louisville, KY
DILLARD, STEPHEN P.,
Steve leaves behind a legacy of love and hope. He touched thousands of lives through his camp counseling, teaching, basketball coaching, and chess affiliations and through his devotion to his foster children. Steve is preceded in death by his parents, Badgett and Polly Dillard. He is survived by his sister, Aynn Dillard, his nephew, Kendall Dillard, and by Philippe Thierry Moune Ngoue who was like a son to Steve.
Steve was a native Louisvillian. He was a member of Walnut Street Baptist Church and graduated from Atherton High School and Berea College. After graduation Steve returned to Louisville and began his teaching career at Christian Academy of Louisville. After many years in the private school sector, he moved to Jefferson County Public Schools, receiving his Masters from Spalding University. Steve opened his home and his heart to several exchange students from homelands ranging from Norway to Africa. He enjoyed the opportunity to learn firsthand about the various cultures. Steve traveled extensively throughout the United States and had only three remaining states to visit.
Through his teaching Steve saw a great need among his students and his heart answered the need. Steve fostered several boys over the years and mentored and oversaw the education of many others. When he saw a child in need, he opened his home and his heart to them. We are honored by the outpouring of love from his friends and students, both current and past. Steve would be amazed by the sheer number of lives that he touched.
The family asks that you honor the memory of Steve by committing random acts of kindness and that expressions of sympathy be made as donations to Plymouth Community Renewal Center and the West End School.
Visitation will be Friday, March 20, 2015 from Pearson's, 149 Breckenridge Lane, 2-4 and 6-8 p.m. The family invites the children who come to visitation to bring a small token, if they would like, for Steve to take with him. Funeral services will be Saturday, March 21, 2015 at The Southern Baptist Theological Seminary, Alumni Memorial Chapel, 2825 Lexington Road at 10:30 a.m. with burial in Cave Hill Cemetery to follow.
Published by Courier-Journal on Mar. 18, 2015.
To plant trees in memory, please visit the Sympathy Store.
MEMORIAL EVENTS
To offer your sympathy during this difficult time, you can now have memorial trees planted in a National Forest in memory of your loved one.
Funeral services provided by:
Pearson Funeral Home
MAKE A DONATION
MEMORIES & CONDOLENCES
30 Entries
Gone but NEVER forgotten!
Lillie Weber
June 24, 2015
I was blessed to have Mr. Dillard as my math teacher in middle school. As someone who never quite got it, he made math easy to understand. After getting my teaching degree, I was also fortunate enough to work next to Mr. Dillard at CAL. His love for his students was always evident. He was always willing to work with students until they understood. Mr. Dillard was always willing to spare time for anyone who needed him. He had such a kind, gentle, giving spirit. I only heard kind words from him and he always had a smile on his face. He will be missed by all who ever came in contact with him.
Holly Cramer
April 17, 2015
I was saddened to hear of Stephen's passing. I worked with him at blockbuster. He was a very kind man .we had had great Conversations about movies and life . I'm so sorry for your loss.
Alicia Oberting
April 16, 2015
A quality guy. The world is a little colder and darker without Steve.
Jim Chappell
April 15, 2015
I am still having a struggle believing that such a tragedy can happen in this world.

Mr Dillard was one of the kindest gentleman I have known and was a wonderful computer teacher and chess coach. I treasure the time spent with him during my middle school years at CAL.

I pray that his legacy will live long and that his family will be comforted during this awful season.
Eric Velasco
March 24, 2015
Mr. Dillard was a great encouragement to me personally in the early 1990s. He helped the members of the Bullitt East chess team in inummerable ways. God use us all to continue his legacy.
Ryan Naylor
March 21, 2015
We met Steve through Monday night chess at Meijer. He was so welcoming to everyone and always so patient and kind. His passion for chess was contagious. He encouraged our son and made such a difference. He will be so missed.
The Long's
March 21, 2015
I met Mr. Dillard 20 years ago, while he was fostering a boy that I was involved with. He was one of the kindest, caring, and most gentle men I have ever met. I am so thankful that he took the time to teach us both a life lesson, showed us kindness, and that he tried his hardest to save so many children. I send my deepest sympathy to his family, and I hope that your peace is great in knowing that he was so loved and admired by so many. He truly was an honorable man. God was kind enough to share him with us all and give him the opportunity to touch many lives. Bless you Mr. Dillard, I pray your legacy lives on for many, many more years.
Dudlena Menendez
March 20, 2015
Steve was a man with a big caring heart. He touched and changed so many people lives. We met Steve in 1994 when we came to Louisville as family of immigrants with two sons Sergey and Dima. Thanks to Steve, Sergey and Dima achieved so much not only in chess, but in real life - he was helping them a long way, and made a big difference in their future. We will always remember him smiling, encouraging, listening, and caring. This is how he was. It's hard to believe that he is not with us anymore. Rest in peace, dear Steve, you will always be missed!
Lana & Alex Shchukin Ivanyuk
March 20, 2015
I met Mr. Dillard when he worked at Blockbuster on Dixie. He was always in a wonderful mood and put me in a good mood if I wasn't. He knew a lot about movies and I loved to listen to his stories. He was a wonderful man. God Bless and keep faith. Happy thoughts :)
Katie
March 20, 2015
I am a member of Walnut Street but only slightly knew Steve, but I was always impressed with his happiness and the smile on his face.
Margie Ebert
March 20, 2015
May your legacy live on Mr. Dillard
Kimaya Gore
March 19, 2015
So sad this happened to you! You was my beloved teacher from western, always helping!. You was also my neighborhood ice cream truck driver sometimes. You were loved by all. ♡♡♡♡
Kimaya Gore
March 19, 2015
As a Berea College student, Steve recognized that our son, Matthew, was gifted in chess. He got him started in high school. chess tournaments, which meant a lot to our whole family. He was a kind and gentle spirit. We are so sorry. Paul David and Becky Nelson
Becky Nelson
March 19, 2015
If it wasn't for you I would have never made it outta high school in 09. You were a great man and you will be missed. Rest in peace <3
Megan Duvall
March 19, 2015
It is heart breaking to know such a wonderful man lost his life. He was a fantasic teacher, I've never known such a kind hearted man that was so dedicated to helping all his students, even being a foster parent, giving them a home. It is amazing all that he has done. You will be missed dearly.
Heather milby
March 19, 2015
You had one of the biggest hearts of all the teachers I had. It saddens me that this happened to you! I will always remember math class and how you made me grow confidence in myself and push me to do my best! Fly high Mr.Dillard
Kayla Kennedy
March 19, 2015
I met Steve through my son Jatorrie Mahan he used to take my son out working on the Ice Cream truck and later let him stay at his home, I'm truly greatful for all he has done for my son and family my he Rest In Peace he will truly be missed.
Rhondalyn Thompson
March 19, 2015
I met Steve by him needing help with his swimming pool Steve was such a loving guy couldn't ask for a better man this world has had a great loss rest easy Steve
angela manley
March 19, 2015
I first met Mr. Dillard playing in a chess tournament...I believe at Churchill Downs when I was in the 5th grade. From there, I would see him at nearly every chess tournament I played in. Always friendly and smiling. I am now 35 years old and thankful for the times we did cross paths. Thanks Mr. Dillard for your compassion towards children, and your passion for chess :)
Keith "Smiley" Williams
March 19, 2015
Mr. Dillard,

You took the time to walk me through math after class when I was struggling with dyslexia. You were patient and rewarded me by playing chess blindfolded against me. You won nearly every time without even looking at the board. Even when I struggle today I think back to those days and remember to calm down. Thank you, you will be missed.

A man of God. He is now in the comfort of the Lord. I know that this man touched many lives...those of us who are small (children) and large (adults). No words can describe the love, patience, peace and big heart this man had. May God bless his family and those who were able to bathe in Mr. Dillard's awesome presence. Thank You!
March 19, 2015
Our entire Russ family is deeply grieved by the tragic loss of Steve Dillard! He was a kind and gentle man who taught our son David math at Christian Academy and to play chess. As a teacher myself, I loved Mr. Dillard's Homework Amnesty Program! It was more work for the teacher, but demonstrated his genuine desire to help students master the math material. David played on the CAL chess team for 6 years and helped Mr. Dillard run a community chess league; we are so thankful for these wonderful experiences in which Steve Dillard was a friend and mentor! Mr. Dillard did a wonderful job with a missions program for children at my church, sharing fascinating information on Alaska from his travels there. Surely a rich reward awaits in heaven for the Lord's good and faithful servant! --- Carol Russ
Carol Russ
March 18, 2015
My son saw the news of Mr Dillards death on news yesterday. he just started to cry. His name is Matt Wisdom, He had him when he was at Fairdale High School, He taught chess there. Matt went on to win many tournaments. He came to our home to play chess with him. He said Matt was as good as him , he was hard to beat.We are so saddened by his death. you have our prayers and god bless
March 18, 2015
My son enjoyed playing chess with Mr. Dillard for several years. One summer we were delighted to discover him at the wheel of the ice cream truck in our neighborhood. We bought more ice cream that summer than any other I can remember! He was kind and funny, a gentle soul. And we were lucky to have known him.
Deana Eckel
March 18, 2015
I had Mr. Dillard as my 8th grade math teacher at Christian Academy of Louisville. He was one of my favorite teachers and I was so sorry to hear about what happened. I remember his kind and gentle spirit and his love for his students. I pray for those he left behind and the grief they are experiencing. May the Lord grant you all comfort and peace during this difficult time. Mr. Dillard, you will be greatly missed by many!
Rachel Heyne
March 18, 2015
For everything you did for my children and so many others we thank you. You were loved and will be very missed.
Tracee Turner
March 18, 2015
Showing 1 - 30 of 30 results