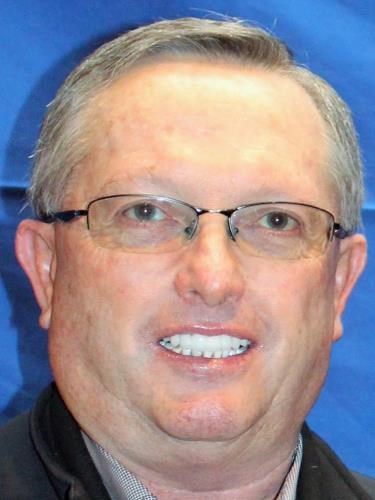 Tony's passions included farming, family, and spreading the gospel. For many years Tony and Donna served together in the Emmaus and Kairos ministries as well as serving their church community at Calvary Baptist Church in Brownfield. Tony believed that if one person was called to Christ as a result of his efforts, his time was well worth the effort. Tony was a generous and humble man whose acts of generosity were endless and often unknown.

Tony loved farming in Terry County alongside his son Ryan. Tony was a tireless advocate for West Texas agriculture, often speaking with lawmakers and on panels fighting for the needs of farmers. At the time of his death Tony was the president of the Western Peanut Growers Association, a role he held since 2013. He was also President of the Southwest Cotton Growers Board. Tony served on the executive committee of the Southwest Council of Agribusiness, the American Peanut Council board of directors, as a director of Tejas Peanuts in Brownfield, and on numerous other agriculture boards. Tony could rub shoulders with men in congress, articulately speaking about complex economic issues just as easily as he could teach the word of God to "men in white" through his role in prison ministries.

Services are pending at this time. In lieu of flowers, the family requests donations be made to your local Emmaus and Kairos Communities, KLOVE radio station and your local church. Tony believed in Kingdom work in his own backyard. The family encourages you to pour into your community and love people like Jesus does.

Published by Lubbock Avalanche-Journal from Oct. 27 to Oct. 28, 2020.
To plant trees in memory, please visit the Sympathy Store.
MEMORIAL EVENTS
To offer your sympathy during this difficult time, you can now have memorial trees planted in a National Forest in memory of your loved one.
Funeral services provided by:
Brownfield Funeral Home - Brownfield
MAKE A DONATION
MEMORIES & CONDOLENCES
Sponsored by Lubbock Avalanche-Journal.
2 Entries
The Dill family is very special to me. I am so sorry for your loss. I know you will miss Tony. He made big strides in the farming industry and has left an honorable legacy for his family. Deepest Sympathy and God Bless.
Mysti Sturges
Friend
October 29, 2020
May your hearts soon be filled with wonderful memories of joyful times together as you celebrate a life well lived.
Brason Dill
Family
October 29, 2020
Showing 1 - 2 of 2 results