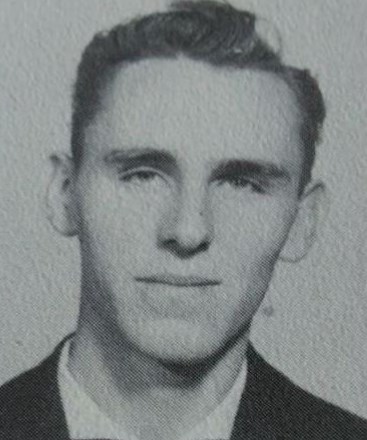 He was born April 5, 1937 in Kanab, Utah to Cecil Charles Wilson and Leola Ford Wilson.

He married Waunita Claudia Calhoon in 1957. They were the parents of 9 children.

He married Carol Ann Bintliff Fogel McCoy in 1978. They are the parents of 2 children together and he became the father of her 4 children.

They were described as a "his, hers, and ours" family but to him they were all ours.

He graduated from Las Vegas High School in 1955.

The highlights of his life were introducing and sharing his lifetime love of hunting and fishing with others. This has in turn become a life-long love for many. As well as his knowledge and skill at getting cars and trucks back on the road. He had a love of sports. He loved going to games and events especially involving children and grandchildren. He was a real fan of high school football.

He was a good, honest, hard-working, passionate man who always let you know his opinion. He loved fishing, hunting, morning newspaper, morning coffee, stating his opinion, voting, eating out at his favorite restaurants, being around a fire pit and all the better with family and friends!

He is survived by his wife Carol, sisters Rebecca Rossi, Estelle Roberson (John), and Maralee (Jerry) Geil; sons Sherral Jr., Cecil (Ariya), John, Leland, Michael, David and Jake (Cherie) Wilson and daughters Annette Close, Minnie Wilson, LaShawn (Cory) Burleigh, and Carma (Jeff) Finn. As well as Catherine (Steve) Curley, Carrie Watters, Colleen (Russ) Anderson, Dennis (Losa Christie) McCoy. He is grandpa to 37 grandchildren and great grandpa to 33 with twin great great grandchildren coming in 2021. He is survived by Carol's brother Douglas Jones (Mimi) Bintliff. He is also survived by decades and generations of dear friends. And the bucks and fish that got away.

Due to COVID-19 restrictions a Celebration of Life will be held at a later date. A memorial is being planned in Kanab, Utah on Memorial Day weekend in 2021.

Our gratitude to the staff at Riverton Hospital and Intermountain Medical Center Respiratory Intensive Care Unit for the loving, expert, compassionate care given to Sherral and our family, including the care given us at the time of his passing. Services are pending.
Published by Las Vegas Review-Journal on Jan. 10, 2021.
To plant trees in memory, please visit the Sympathy Store.
MEMORIAL EVENTS
To offer your sympathy during this difficult time, you can now have memorial trees planted in a National Forest in memory of your loved one.
MAKE A DONATION
MEMORIES & CONDOLENCES
0 Entries
Be the first to post a memory or condolences.