BORN
1928
DIED
2021
FUNERAL HOME
Snow's Memorial Chapel - Bass Road
1419 Bass Road
Macon, GA
D. Melson Butler
December 29, 1928 - November 17, 2021
Macon, Georgia - David Melson Butler, 92, passed away Wednesday, November 17, 2021 in Macon, GA. A Graveside Service was held at 2:30PM Friday, November 19, 2021 at Riverside Cemetery, Northgate. Lay Minister and dear family friend Katie Griffis officiated. Memorial contributions may be made to Washington Memorial Library Genealogy Department, 1180 Washington Ave., Macon, GA 31201; Pine Pointe Hospice, 6261 Peake Road, Macon, GA 31210; or the donor's favorite charity.
Mr. Butler was born in Macon, GA on December 29, 1928. He was the son of the late Judge Earl Willis Butler, Sr., and Mary Elizabeth Melson Butler. He was preceded in death by his beloved wife, Shirley Ann Bloodworth Butler in 2009 and brother, Earl Willis Butler, Jr., of TN.
Mr. Butler attended Whittle Grammar School and graduated with honors from Lanier High School for Boys in 1946. He was Editor of the Annual and an ROTC Cadet Captain and Company Commander. He attended Mercer University and graduated from Emory University with a B.B.A. degree in June of 1950. He was a member of Kappa Alpha Order and Alpha Kappa Psi Business Fraternity. He was awarded the Campbell Accounting Medal in the School of Business Administration at Emory for the highest grade point average of a graduate majoring in accounting. He passed all parts of the CPA exam on his first attempt, one of a rare few in the state who had done so.
After college, he served as a Lt. in the National Guard medical corps for several years.
His past affiliations were: President of the Macon Chapter Georgia Society CPAs, Trustee of the Georgia Society CPAs, Director of the Macon Estate Planning Council, Trustee for United Way, Auditor of the Grand Topper Charity Ball, Chairman of the United Givers Fund, Chairman of the UGF Campaign CPA Division, and Chairman of both the CPA Division Cancer Drive and Heart Drive. He was a Judge for Best Paper on Estate Planning for Mercer Law School. He was a faithful supporter of KA in the Hardeman Province. Mr. Butler was a member of the National Huguenot Society and the National Society Descendants of Colonial Indentured Servants. He was an early member of the Macon Civic Club where he and Shirley enjoyed ushering at the annual shows for many years. He was a past member of the Elk's Club and until recently a longtime member of Idle Hour Country Club.
He was a Charter Member of Riverside Methodist Church and was its first Treasurer for seven years. He served in many capacities at Riverside, including Chairman of the Budget Committee, Administrative Board, Finance Committee, Staff-Parish Relations, Building Committee-Special Gifts, and Nominating Committee among others. He was a delegate to the District Conference and past President and current member of the Beaty-Gray Class.
Mr. Butler was a partner in the CPA firm of Butler, Williams and Wyche. With several others he saved and preserved the historic Whittle School Building and his 7th grade classroom became his personal office. He retired in 1997 and enjoyed traveling with Shirley and spending time with family, especially at Amelia Island.
He and Shirley exhibited humbleness in service and were generous benefactors of many charities, usually listed as anonymous donors. He ended every day on his knees thanking God for all his blessings.
He is survived by his daughter, Janet B. Walker and her husband, William "Billy" O. Walker of Macon; grandson, William "Bo" Melson Walker and his wife, Caitlin Glennon Walker of Macon; granddaughter, Rachel W. Lewis and her husband, Jon Thomas Lewis, II of Macon; great-grandchildren; William "Liam" Glennon Walker and Finn Thomas Walker, Hattie Ann Lewis and Emmaline "Emmy" Melson Lewis, all of Macon; brother, Dr. Walter H. Butler of Atlanta; a niece and four nephews.
The family would like to express appreciation to Dr. N. Bradford Stevens and Dr. J. Victor Andress, and nurse, Sonya Robinson with Pine Pointe Hospice, for their kindness, patience, compassion and dedication. Very sincere love and gratitude go to his two loving, devoted, and faithful sitters for the last couple of years, Alice Densley & Doris Prater, and part-time sitters; Mildred Hobbs & Thelma Mallory.
Snow's Memorial Chapel, Bass Road, had charge of arrangements. 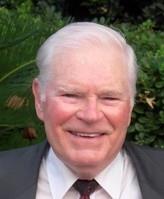 Published by The Telegraph from Nov. 19 to Nov. 21, 2021.
To plant trees in memory, please visit the Sympathy Store.
MEMORIAL EVENTS
Nov
19
Graveside service
2:30p.m.
Riverside Cemetery
Northgate, GA
Funeral services provided by:
Snow's Memorial Chapel - Bass Road
MAKE A DONATION
MEMORIES & CONDOLENCES
Sponsored by Macon Telegraph.
4 Entries
We're praying for you Janet, as you grieve and miss your sweet Daddy. We are sooo blessed to have been friends with Shirley and Melson, and treasure many happy memories. They came to our wedding in 1963, and sent Tommy a birthday card every May 19th as long as Shirley was here. He remembers her as "favorite teacher of everyone" when he was in grammar school. He even remembers the car she drove and how she would " squeal a wheel" in the school parking lot for the kids. We've shared many meals with Melson in the last 2 years and entertained him with reminiscing about happy times. His mind was so keen and he would happily add to the memories. Six months ago we were sharing lunch in the Bistro and I asked him who was doing his tax return now, to which he replied, "I'm still doing my tax return, Carol". Wow, I'll never forget his statement and I pray his keen mind has been passed on for future generations. Just remembering sweet Melson always brings a smile to our faces. We're happy for our long-time memories with Shirley & Melson and know they are very happy to be together again. Our prayers are now for you and your precious family.
Carol and Tommy Goings
November 24, 2021
My sympathies to the friends and family. A life well lived. Thank you for saving Whittle. I loved her too.
Jeynell Snow Goodson
November 20, 2021
My deepest condolences to Melson's family. Both my late wife, Ruth Hardeman Schubring and I regularly attended for many years the Miller-Lanier High School Class Reunions in Macon and enjoyed the fellowship during such occasions with Shirley, Melson and the others in attendance. Again, my profound sympathy to the entire family.
Kenneth K. Schubring
Friend
November 19, 2021
Janet and family, thinking of you and praying for comfort and peace.
Donna and Ed Crump
November 19, 2021
Showing 1 - 4 of 4 results