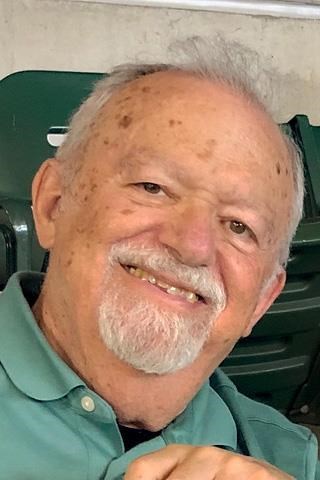 MADISON - Boris Frank is gone. He was born in Hollywood, Calif., on March 27, 1932, and moved to New York City in 1938. He had a great, rewarding life with incredibly fulfilling professions in broadcasting, teaching, nonprofit development, and consulting. He has a wonderful family. There are not many who have the opportunity to see five generations. Boris had a feud with cancer, and cancer won. He died on Aug. 6, 2021, at the age of 89.

This is all Boris wanted the world to know. Now here is the rest of his story...

Many know Boris as "Bunny." He was a Jewish boy born on Easter Sunday, and his nickname has forever been his link to the Christian holiday. It is a fitting first example of how he lived the rest of his life as a connector, networker, and boundary-crosser. He grew up in a family focused on the arts, whose father, Yasha, was the head of the children's division of the Federal Theater Project, and brought Pinocchio to Broadway in the mid-1930s. His mother, Betty, was an entrepreneur creating ornaments and crocheted decorations as the owner of Bettina Michel. As a child, Boris was exposed to a world of political and social involvement through gatherings at their home that included such luminaries as Paul Robeson and Woody Guthrie.

Bunny was a great storyteller. One of his favorites was about his connection to baseball. When he was 8 years old, his father took him to his first Yankee's game. Being the dramatic type, Yasha blindfolded Bunny and took him behind home plate. When that blindfold came off, it started Boris' love affair with baseball. Some of his fondest memories were going to baseball games with his "Boys of Summer" group, and playing "high stakes" poker with his buddies.

The Putney School in Vermont had a profound influence on Boris' life. It was there in his high school years where he learned to think critically, experiment with ideas, be inventive, and act on his values - all qualities that his family, friends, colleagues, and clients recognize in his approach to life and work. He developed a fondness for the out-of-doors at Putney, and was a lifelong animal-lover, founding "Bears Place" with his wife, Terry, to provide nurturance to a variety of creatures.

Boris graduated from the University of Wisconsin-Madison with a degree in education and emphasis on speech and radio – TV communications. At the age of 23, as a first lieutenant in the U.S. Army, he was hand-picked to be the officer-in-charge of the Television-Radio-Motion Picture Section, U.S. Army Recruiting Service. From 1964 to 1982 he was on the faculty of The University of Wisconsin, serving as the manager of administration for WHA-TV. Prior to this he was the manager of the International Broadcast Division of Screen Gems, manager of Caribbean Operations for Bartell Broadcasting, and executive assistant to David Susskind.

During his life, Boris developed a kinship with the larger community by giving freely of his time and expertise to individuals and organizations alike. He had a unique perspective on the world as an activist, social entrepreneur and community servant due, in part, to his Russian Jewish immigrant family history, and in part to his life experiences in broadcasting, fundraising, and work in non-profits. He lived his values by volunteering and serving on boards of countless organizations, and his 45-year membership in Downtown Rotary provided the spark for much of his community work.

Throughout his career, Boris was an educator for thousands of professionals in the non-profit sphere as a lecturer, teacher, and mentor through the UW system, community colleges, and the United Way. He assisted hundreds of community organizations as a consultant in fundraising and planning in Madison and throughout Wisconsin. Boris' work focused extensively on supporting the Arts, civic organizations, community based non-profits, free community clinics, neighborhood/community centers, humane societies, and at least 85 public libraries. He founded Boris Frank Associates and for 37 years focused on consulting and teaching about non-profit management, start-ups, board and staff development, and strategic planning. He served as Development Director or Executive Director for the Circus World Museum, Family Service, Henry Vilas Zoological Society, and the Madison Youth Choir. He was a founder and board member of the Madison Police Department's Capital K-9s, and was privileged to have a serving K-9 named "Boris" in his honor. And in his boundary-bending way, he was proud to be the first male member, co-chair and board member of the Madison Civics Club.

Boris Frank was a mensch. Through his humbleness, integrity, consistency, and compassion, he was an inspiration to his family, friends, and colleagues alike. Boris "Bunny" Frank is loved and admired by so many in Madison, Dane County, and beyond. His footprint is everywhere, and we are all the better for it. He is sorely missed.

Boris requested that any memorial gifts be given to your charity of choice, or consider giving to the Association of Fundraising Professionals Greater Madison Chapter's Boris Frank "Emerging Leaders" Scholarships (https://www.afpmadison.org/scholarships).

The family would like to express deep gratitude to Agrace Hospice for the care and loving environment they created for Boris while there. A celebration of life will be announced for a date in the near future.

As Boris would say, "enough said." 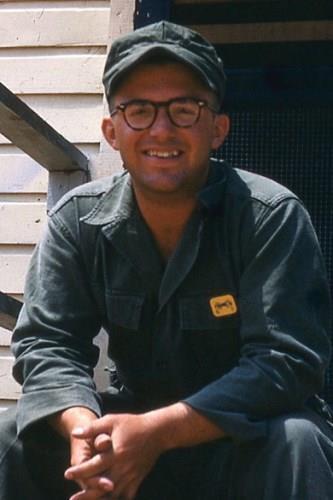 Published by Madison.com on Aug. 8, 2021.
To plant trees in memory, please visit our Sympathy Store.
MEMORIAL EVENTS
To offer your sympathy during this difficult time, you can now have memorial trees planted in a National Forest in memory of your loved one.
Funeral services provided by:
Sager Funeral Home
MAKE A DONATION
Please consider a donation as requested by the family.
MEMORIES & CONDOLENCES
Sponsored by Sager Funeral Home.
3 Entries
Boris will be greatly missed. I am very grateful to have met him. I met Boris at a Board meeting and other community events where he use his skill-set to help Board of Directors move to next level. To Family: May God bring you peace and heal your hearts in time. You will see him again.
Jeanette Arthur
Work
August 9, 2021
Boris was a wonderful friend and mentor. I will miss him dearly and my heart goes out to his family and friends who all benefitted, as I did from his warm, kind words and encouragement.
Zack Robbins
Friend
August 9, 2021
Bunny´s obituary was wonderful, as Bunny himself was. Of all the things mentioned about Bunny, paramount is the fact that he was a mensch - he truly was and that is a wonderful accolade. I was privileged to play golf with Bunny and others of his Boys of Summer. He will be greatly missed.
Roy Christianson
Friend
August 8, 2021
Showing 1 - 3 of 3 results