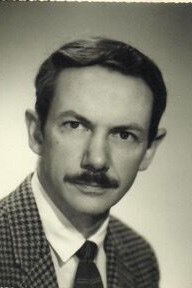 SEATTLE, Wash. - David Patten Simpson was born in Eugene, Ore., and moved to Seattle as an infant. He graduated from Franklin High School in 1948. He attended Harvard University, where he graduated in 1952, with a Bachelor of Science in mathematics. David met Marcia Phyllis Stoke in 1955, and they married June 23, 1956. He graduated from McGill Medical School, Montreal, Canada, in 1957.

David interned at Yale Medical School, did his residency at Scripps Clinic in La Jolla, Calif., and studied his nephrology specialty at New York Presbyterian Hospital. In 1965 David joined the faculty of the UW School of Medicine, Seattle, where he cared for patients, taught medical students, and conducted kidney metabolism research. In 1974 he became the Head of Nephrology at the University of Wisconsin-Madison School of Medicine. His research was published in numerous scientific journals.

Choosing early retirement from the University of Wisconsin-Madison, he and Marcia moved to Lopez Island, Wash. On Lopez Island David formed Madrona Research Institute, a non-profit entity that allowed him to pursue an answer to a question that fascinated him for years: If one kidney is removed from a mammal, within twelve hours cell division in the other kidney commences and the remaining kidney will grow to nearly twice its original size, at which point it will stop growing. What is the mechanism that controls such growth?

Largely a solo effort, David obtained a National Science Foundation research grant, and published a paper on his work. Unfortunately, this question remains unanswered. His research efforts were set aside when Marcia developed a progressive dementia. David devotedly cared for her for eight years until she died in 2006. In the years following Marcia's death David traveled to Antarctica, the Galapagos Islands, the Pitcairn Islands, and Bhutan.

David's passion for deep forest wilderness and waterways started in his youth, building a cabin in the Cascades with his grandfather and his brother. His love for the San Juan Islands began with time spent at Camp Orkila on Orcas.

He shared his love of the wilderness with his children and their families. This took them on many adventures camping in Canada, and Alaska. Countless weekends were spent on Marrowstone Island, and at the Denny Creek cabin. He introduced his family to the wonders of tideland universes, wild animals, and old-growth forests.

On the flip side, these experiences included a family truck stuck in the mud miles from civilization, voracious mosquitoes, wet sleeping bags, and mechanical failures. At times he seriously overestimated his children's patience, much to their annoyance. He could become quite grumpy if instructions were not well received.

In spite of occasional friction, these experiences instilled in his children enormous respect and concern for the beauty of untrammeled nature. David continued to hike weekly in the Puget Sound area into his late 80s, an inspiration to us all and testament to his love of nature.

David was a lifelong democrat and a concerned environmentalist. When his health began to fail in the summer of 2020, his greatest desire was to vote in and witness the November election. His determined, unrelenting character was reflected in his success in doing so.

He had a sharp wit, a love for nature, and was always ready and willing to help his children and grandchildren succeed. His grand adventurous spirit and brilliant intellect will be sorely missed by all who loved him.

To plant trees in memory, please visit our Sympathy Store.
Published by Madison.com on Jan. 5, 2021.
MEMORIAL EVENTS
No memorial events are currently scheduled.
To offer your sympathy during this difficult time, you can now have memorial trees planted in a National Forest in memory of your loved one.
GUEST BOOK
4 Entries
I also did not know David. We own a Denny Creek cabin, though we're not cool enough to have built it ourselves. Nicely written description of what sounds like a fantastically lived life. I can only hope to still hike Cascade trails into my 80s!
MS
January 6, 2021
We are honored that such a full life found a young spark for the San Juans and wilderness at Camp Orkila. Sending condolences and welcome a visit from family when we fully reopen.
YMCA Camp Orkila (Magill Dickerson-Lange)
January 6, 2021
I did know your father but was fascinated with the obituary because I donated my kidney to my husband in a 9-way exchange program at the UW hospital in Seattle. I am happy to know that my remaining kidney has doubled and that his research was so important. Thank you for that knowledge and for your father.
charlene souriano
January 5, 2021
Did not know your father and never send condolences for those I do not know - but wanted to congratulate your father on a life well-lived and let the person who wrote the obituary know that it was so well-written and descriptive that I felt compelled to send this note. You should teach a course on Obits!
MR Kasieta
January 5, 2021