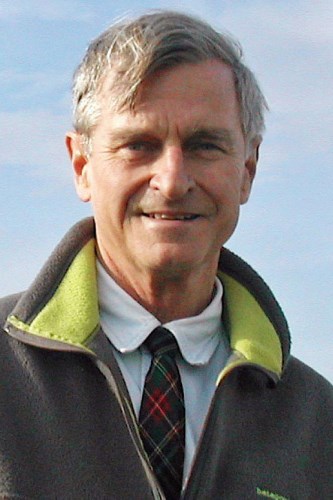 MADISON - John Elmer Kutzbach, age 83, passed away in his home in Madison, Wis., on Friday, Jan. 29, 2021, after a long illness. John's generosity and kindness, his love for learning and teaching, and his joy for life were an inspiration to family and friends.

John was born on June 14, 1937, in Reedsburg, Wis., the son of Juanita (Miller) and Elmer Kutzbach. In 1965, he married the love of his life, Gisela (Hanebuth) Kutzbach, in Berlin, Germany. John earned his Ph.D. in atmospheric science from the University of Wisconsin in 1966. As 2nd lieutenant in the U.S. Air Force, he worked as an aviation weather forecaster stationed in France, 1961-1963.

John joined the University of Wisconsin faculty in 1966. As Professor of Atmospheric and Oceanic Sciences and the Nelson Institute for Environmental Studies and Director of the Center for Climatic Research, he pioneered the use of climate models to investigate the causes and effects of large-scale changes in past climates. His research helped validate the use of climate models in predicting climate change. Among his many awards he treasured his election into the National Academy of Sciences in 2005.

He collaborated with scientists from around the world, forming decades-long friendships and mentoring and encouraging young climate scientists. Since 1975, John was a regular summer visiting researcher at the National Center for Atmospheric Research in Boulder, Colo. He and his family loved staying in Chautauqua, camping and hiking 14ers. John and Gisela's love of travel, love of nature and passion for researching their family history took them on adventures all over the world.

John and Gisela joined Bethel Lutheran Church in 1969. He served on the church council and taught confirmation and adult classes. He found fellowship in men's groups, the Creative Worship choir, and the Bethel Hikers group. Most recently, he co-founded the Caring for Creation ministry, which is rooted in living in harmony with the environment, others, ourselves and God.

He is survived by Gisela Kutzbach, his loving wife and soulmate of over 56 years; their three children, Angela (Andy) Currie of Lewiston, N.Y., Katrina (Dana) Martin of Evanston, Ill., and Mark (Arezou Koohi) Kutzbach of Arlington, Va.; their grandchildren, Sophia and Justin Currie, Aaron, Rob and Julia Martin, and Sebastian Kutzbach; his sisters, Dorothea (the late Warren) Ford and Carole (Bill) Riberich; sister-in-law, Angela (Hanebuth) Schwencker; and their many dear Kutzbach and Hanebuth cousins, nieces and nephews.

Memorial donations can be made to either the John Kutzbach Climate Research Fund (https://nelson.wisc.edu/ccr/about/support.php) or Bethel Lutheran Church (https://www.bethel-madison.org). Online condolences may be made at www.gundersonfh.com.

To plant trees in memory, please visit our Sympathy Store.
Published by Madison.com on Feb. 3, 2021.
MEMORIAL EVENTS
No memorial events are currently scheduled.
To offer your sympathy during this difficult time, you can now have memorial trees planted in a National Forest in memory of your loved one.
Funeral services provided by:
Gunderson Funeral Home - Middleton
GUEST BOOK
Sponsored by Gunderson Funeral Home - Middleton.
3 Entries
Dear Gisela, I was saddened to hear the news of John's passing away. Please accept my sincere condolences and convey the same to the family. I read John´s papers when I was working on my graduate thesis which was on the topic of monsoon variability. Later in 1998 I joined NSF as program director in the Climate Dynamics program and got to meet and know John. By then he was a leader in the field. I was impressed by the breadth of his knowledge and his gentle unassuming personality. Over the years, he contributed tremendous insights to the fields of climate dynamics and paleoclimate. Those contributions and his mentoring of numerous students (now well-established leaders in their own right) will remain his enduring legacy. Anjuli Bamzai NSF
Anjuli Bamzai
February 3, 2021
Dear Mrs. Kutzbach, we are saddened to hear of Mr. Kutzbach´s passing and I have many fond memories of the welcoming home and family you both provided. You and your family are in our prayers and we send our love.
Dave and Tricia (Miller)Morzenti
February 3, 2021
Dear Gisela, I'm so sorry to hear of John's death. He is extremely important in his field, but I remember most his kindness to me, his gentle manner. How you must miss him! If I can be of any help, please tell me.
Terri Gregory
February 3, 2021