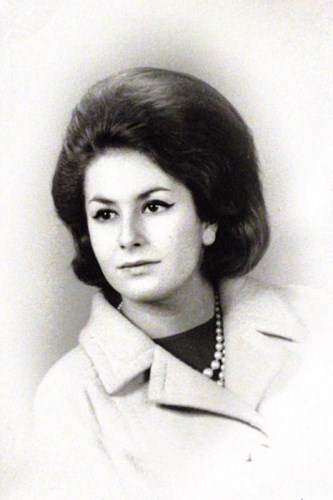 LISBON - Manuela Moura Nitti, 74, of Middleton died Friday, January 8, 2021 at Pine Valley Community Village in Richland Center. She was born on March 1, 1946 in Lisbon, Portugal the daughter of Pedro Quintao de Sousa Moura and Isabel Teixeira de Sampaio. She spent 9 of her younger years living in Mozambique and Angola, Africa, but grew up in Lisbon mostly. Her fondest memories of childhood were those spent in Africa. Manuela moved to the United States in 1966. She worked for 37 years for the University of Wisconsin at the Memorial Library as an academic librarian. Manuela enjoyed antiquing, collecting stamps, and traveling to Portugal to visit her family. She was a quiet person who loved to read and swim in the ocean.

Memorial services will be held at the Pratt Memorial Chapel in Richland Center on Saturday, January 16, 2021 at 11:00 AM with Father Christian Valenzuela officiating. Burial will be held at a later date in Portugal. A link to watch Manuela's funeral can be found on her obituary page at the Pratt Funeral and Cremation Service website.

The Pratt Funeral and Cremation Service is assisting the family with their arrangements. prattfuneralservice.com

To plant trees in memory, please visit our Sympathy Store.
Published by Madison.com on Jan. 12, 2021.
MEMORIAL EVENTS
Jan
16
Memorial service
11:00a.m.
Pratt Memorial Chapel
, Richland Center, Wisconsin
GUEST BOOK
2 Entries
When she lived here inAll Saints, I regularly ate lunch with her. She would say, she liked me because I talked a lot. Our Rosary group will pray for her today.
vanmeermary [email protected]
January 14, 2021
Manuela has gone to a better place to be reunited with her mother, father, and aunts and uncles.
John Nitti
January 14, 2021