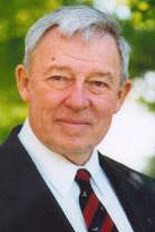 MADISON - Robert Byron Bird, age 96, passed away on Friday, Nov. 13, 2020, in Madison, Wis. He was born on Feb. 5, 1924, in Bryan, Texas, to the late Byron and Ethel Bird. After serving in the U.S. Army as an officer in the 90th Chemical Mortar Battalion during World War II, Bob dedicated his life to teaching, writing and research. Bob received his Ph.D. from the University of Wisconsin, where he continued for over 60 years as a professor in the chemical engineering department and as Professor Emeritus after his retirement. Bob is known for his research, books and papers on Transport Phenomena of Non-Newtonian fluids, including fluid dynamics of polymers, polymer kinetic theory and rheology. He lectured and taught internationally and received numerous awards, including the National Medal of Science in 1987 awarded by President Ronald Reagan, the Bingham Medal in 1974 and Eringen Medal in 1983.

Bob was fascinated by foreign languages and spoke eight fluently and authored several books in and on the Japanese and Dutch languages. He was granted the Dutch title Ridder in de Orde van Oranje-Nassau for his "exceptional contributions to the promotion of Dutch language and culture in the United States and at the University of Wisconsin." He loved hiking, canoeing, writing limericks, creating puzzles and hot chocolate. He loved opera, classical music and was an accomplished pianist, organist and composer. Bob was an avid genealogist, authoring several books on his family heritage.

Bob is survived by his brother, John Bird and John's wife, Patricia, of McKinney, Texas; along with three nieces and two nephews, their spouses, their children and grandchildren.

In lieu of a funeral service, Bob wanted to sponsor an organ concert to be held at St. Andrew's Episcopal Church, Madison. Due to current conditions this concert will be held in his memory at a later date.

A private burial service will be held in Fort Dodge, Iowa, where Bob will be laid to rest next to his parents. Please share your memories at www.cressfuneralservice.com.

In lieu of sending flowers please make donations in his memory to the University of Wisconsin Foundation at the following link: www.supportuw.org/giveto/BirdMemorial.

To plant trees in memory, please visit our Sympathy Store.
Published by Madison.com on Nov. 22, 2020.
MEMORIAL EVENTS
No memorial events are currently scheduled.
To offer your sympathy during this difficult time, you can now have memorial trees planted in a National Forest in memory of your loved one.
Funeral services provided by:
Cress Funeral & Cremation Service
GUEST BOOK
3 Entries
Professor Bird was an international icon in Chemical Engineering. I was fortunate enough to have had him in a course. He was an outstanding teacher and caring about his students in addition to having a genius mind. May he rest inpeace. I am so lucky to have him pass my way also.
Daryl Lund Professor Emeritus
November 22, 2020
Bob was a great friend to me. During the time I lived next door at Oakwood I saw what a complete gentleman he was. He was so interesting , to listen to his stories was like a kind "grandpa" I could only imagine would have been like. I shall truly miss him.
Duane Kittleson
November 22, 2020
Offering our deepest condolences during this difficult time.
The Staff of Cress Funeral & Cremation Service
November 22, 2020