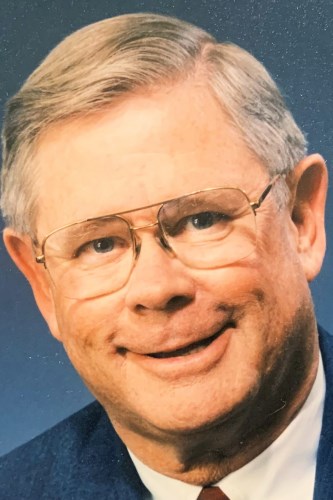 MADISON - Thomas George Ragatz, 87, died on Sept. 3, 2021, in Madison, Wis. A lifelong Madisonian and proud University of Wisconsin-Madison (UW) alumnus, Tom's life work embodied his strong beliefs in people, community, and family. Through his 40-year career as a business and tax attorney, his tireless leadership with charitable organizations, and his dedicated commitment to making Madison a better place, Tom had an outsized impact on the Madison community. Yet Tom's greatest pride, and love, was for his wife of 55 years, Karen, and the family they created. His partnership with Karen was at the heart of who Tom was and magnified the impact that Tom and Karen individually had on the world. Collectively they brought principles, compassion and economic resources to the people and causes they believed in. Their passing-Karen died earlier this year-leaves their family and their greater community with a deep sense of loss. But their presence continues to be felt through the family they built, the investments they made in the community, and all the lives that they touched.

Tom Ragatz was born on Feb. 18, 1934, in Madison. The son of Wilmer and Rosanna Kindschi Ragatz, Tom grew up on the west side of Madison with his two younger brothers, Richard "Dick" and Frederic "Fritz." From an early age Tom was a competitor, playing football, basketball, and volleyball, and running track for West High School. Tom attended the UW, where he was an active member of the Sigma Chi, including serving as President, and graduated in 1957 with a B.B.A. in accounting and finance. After a year in the U.S. Army, Tom attended law school at the UW, where he was elected to the Order of the Coif, served as editor-in-chief of the Wisconsin Law Review, and was chairman of the National Conference of Law Reviews. During his time in law school Tom also earned his CPA, something he would later point to as a real differentiator in his legal career.

Following his graduation in 1961, Tom clerked for Justice George Currie of the Wisconsin Supreme Court. In 1962, Tom joined the law firm of Roberts, Boardman, Suhr, Bjork & Curry, and then in 1978 moved to Foley & Lardner. Tom spent the next 24 years at Foley, where he served on the Management Committee, as chair of the Budget Committee, and as managing partner of the Madison office. Tom developed a reputation as a sharp-minded and personable attorney. He had a loyal client base and earned the respect of his peers. Tom was an active member of the Bar Association in Wisconsin, including serving as President of the Dane County Bar Association and on the Board of Governors of the Wisconsin State Bar Association. In 2002, he retired from practice.

While Tom received tremendous satisfaction from his law career, he never let it detract from his primary focus: family and community. In December 1965, Tom married teacher and fellow UW graduate, Karen L. Christensen. In February 1967, Karen gave birth to their son, Tom; sons, Bill and Erik, followed in 1968 and 1973. Tom was a dedicated and engaged husband and father, working hard to balance a demanding legal career and a successful family life. He loved to attend swim meets, soccer games, and any other events his sons were participating in, and prioritized gatherings to bring the family together. He credited Madison-its culture and its people-as the key to allowing him to achieve this balance in his life. In recent years, no greater joy could be had for Tom than the time spent with his grandchildren.

Tom cared deeply for those around him and was very loyal-to his family, his friends, his clients, his colleagues, his Badgers (he was a 50-plus year football season-ticket holder) and to Madison. Some of his closest friends late in life were West High School classmates from the 1950s, and "client" meant so much more to him than a transactional relationship. He invested in the community and built community, always bringing a smile and his sense of humor to those around him. And those investments will continue to pay dividends for those whom Tom touched. And his ideals, down-to-earth nature, and engagement with his community serve as a lasting model for all of us. Tom Ragatz was a VIP in the truest sense of the term and will be missed greatly.

Tom will be buried in Forest Hill Cemetery in Madison. Tom was preceded in his death by his wife, Karen (Feb. 25, 2021). He is survived by his three sons and their spouses, seven grandchildren, a great-grandchild, two siblings, a sister-in-law, and a close circle of extended family. A memorial service will be held Saturday, Sept. 18, at 2:30 p.m. CT at COVENANT PRESBYTERIAN CHURCH, 326 South Segoe Road, Madison, WI 53705. A visitation will precede the service starting at 1:30 p.m. CT. The service will also be livestreamed at https://www.youtube.com/c/CovenantPresbyterianChurch for those who are not able to attend in person or are not vaccinated. In lieu of flowers, the family suggests memorials be made to the United Way of Dane County Foundation, Inc. (https://www.unitedwaydanecounty.org/get-involved/donate/).