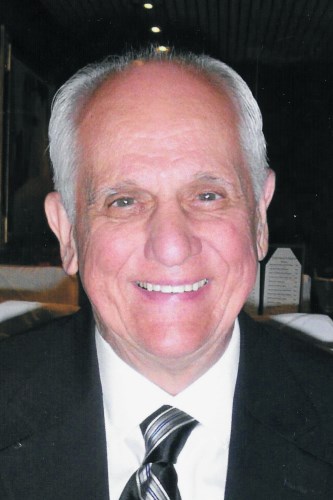 MADISON - Dr. Victor Thomas Wayland, age 94, passed away peacefully at his Madison residence on Monday, Jan. 4, 2021. Vic has been a Madison resident since 1954 when he established a pediatric dentistry practice that he maintained for forty years.

He was born in Honolulu, Hawaii, on Dec. 7, 1926. He was educated K-12 by the nuns at the Maryknoll School. Upon graduation in 1945, he was inducted into the U.S. Army and stationed in the Philippine Islands until the end of World War II.

In January 1947, following his discharge from the Army, Vic left Honolulu for Milwaukee, Wis., to become a student at Marquette University. He completed his Doctor of Dental Surgery degree in seven years. He graduated in 1953 and married Helen Marlowe in Milwaukee shortly before moving to Honolulu where he completed a residency at the Strong-Carter Foundation Dental Clinic.

After arriving in Madison, Vic worked with the Dane County Health Department where he was instrumental in establishing and directing a unique program for needy children. For four years he was director of the dental department at the Morningside Sanatorium for Children where he developed a special treatment regimen for children with tuberculosis. As a member of the Dane County Dental Society, Vic chaired several committees, lectured frequently and was instrumental in introducing pediatric dentistry to Dane County and the surrounding area.

Mid-career Vic accepted a grant from the National Institute of Dental Research which led to his participation in a doctoral program at the University of Wisconsin Department of Communicative Disorders. He pursued studies and did research in the areas of cleft palate rehabilitation, communicative disorders and special education. For many years he served as Clinical Assistant Professor in the UW Cleft Palate Clinic.

At Meriter Hospital Vic served as Vice-Chairperson of the Department of Dentistry. He was instrumental in founding Meriter Hospital's Max W. Pohle Dental Clinic. As Chief of Pediatric Dentistry he helped to establish and maintain Madison's first training program for post-graduate dentists.

One of Vic's greatest satisfactions in life was maintaining close ties with his four children, six grandchildren and two great-grandchildren. His grandchildren share many happy memories of weekend overnights at Grandpa's house! Landscape gardening was a much-enjoyed hobby, especially his rose garden. He also enjoyed breeding canaries with great success. As a teenager Vic began collecting stamps and continued for the rest of his life, especially Chinese stamps.

Vic will be remembered by his family, friends and patients as a loving, caring and generous person.

Dad, you were one of a kind. You taught us all so much and we will always love and miss you. Aloha dad, rest in paradise.

A graveside service is scheduled for June 12, 2021, at 11 a.m. at Madison's RESURRECTION CEMETERY, with full military honors, followed by a celebration of Vic's life and legacy. In lieu of flowers the family suggests memorials to St. Jude Children's Research Hospital in Memphis, Tenn., a charity he supported until the end of his life.

To plant trees in memory, please visit our Sympathy Store.
Published by Madison.com on Jan. 17, 2021.
MEMORIAL EVENTS
Jun
12
Graveside service
11:00a.m.
RESURRECTION CEMETERY
, Madison, Wisconsin
Funeral services provided by:
Ryan Funeral Home - West Side Chapel - Madison
MAKE A DONATION
Please consider a donation as requested by the family.
GUEST BOOK
Sponsored by Ryan Funeral Home - West Side Chapel - Madison.
1 Entry
As his son-in-law for 35 years I enjoyed our many conversations about his life, education, dentistry, the world, our shared love of cooking and most importantly the gift he gave me of his oldest daughter.
Jeff Michelman
January 19, 2021