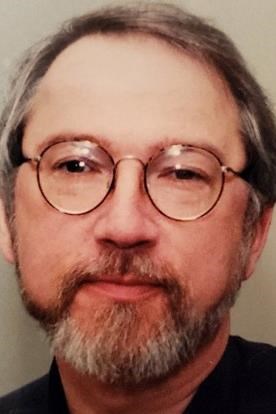 Vincent graduated from Grant High School, Fox Lake, Ill., received his undergraduate degree from Northwestern University, and received his master's degree and Ph.D. from the University of Wisconsin-Madison. Vincent married Ruth Kleban on May 18, 1975, at the Unitarian Society, Madison.

As a social worker and later a psychologist, he worked tirelessly to provide state of the art mental health services, especially to underserved populations, initially at the Dane County Mental Health Center and then in a multidisciplinary private practice. He was also a visionary and systemic thinker, and he helped start three agencies. Vince (as he was known by his patients, colleagues, and friends) was a founding member of Family Therapy Center of Madison; Family Therapy Training Center, which provided training to professionals; and Family Sexual Abuse Treatment, Inc. He was also instrumental in creating the annual Midwest Conference on Child Sexual Abuse, which lasted over 20 years. Finally, he taught and provided supervision for decades at the University of Wisconsin Madison School of Social Work and Department of Counseling Psychology. After a long career as both a social worker and psychologist, he retired in 2013, due to health reasons.

He loved music and was an excellent musician. A multi-instrumentalist, he was a central member of an amateur music group, the Dilettantes, which played and sang together for decades. Vincent also enjoyed reading, social Latin dancing, and spending time with his family and with his nieces and nephews on the East Coast. He cared deeply for his family and friends and will be sorely missed.

Vincent is survived by his wife, Ruth; two sons, Jonathan (Alexandra) Fish-Lubniewski and David Charles Kleban Fish; sister, Catherine (Robert) Scott; numerous nieces and nephews; and his many dear friends, including Carol Faynik and Erica Serlin. He was preceded in death by his parents; and two half-brothers, Peter (Viola) Fish and Laurence Dean Fish.

Private family services will be held in the spring. The family wishes to thank the staff of Fountainhead Homes, DeForest, and Heartland Hospice for all of their wonderful care and support given to Vincent. In lieu of flowers, memorials may be made to Heartland Hospice Memorial Fund.

To plant trees in memory, please visit our Sympathy Store.
Published by Madison.com on Dec. 20, 2020.
MEMORIAL EVENTS
No memorial events are currently scheduled.
To offer your sympathy during this difficult time, you can now have memorial trees planted in a National Forest in memory of your loved one.
Funeral services provided by:
Gunderson Funeral Home - Middleton
GUEST BOOK
2 Entries
I'm so sorry to hear that Vince has died--you must be missing him so sorely! I remember him as a gracious, gentlemanly guy with a huge bent for music and a way of treating people that was calm and accepting and nurturing. Hugs to Jon and David, and much love to you, Ruth. I wonder whether I have any pictures of him in my St. Dunstan's album... I'll have to check...
Mary Ann Fraley
December 21, 2020
I was so saddened to read this! He was always so kind and supportive. He will truly be missed. Ruth, Jon and David, I am so sorry!
Christina Fraley Burzinski
December 21, 2020