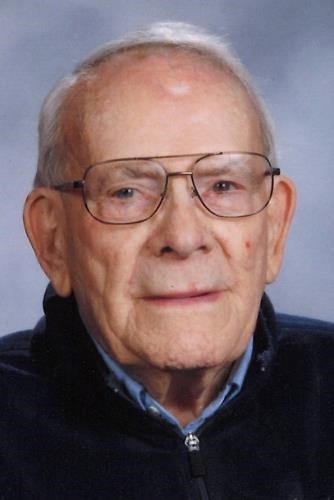 MADISON - Wallace Lee Lemon, 96, died on Jan. 7, 2021, of COVID-19 complications. He was born in Hudson, N.Y., on May 28, 1924, to Lincoln and Jane Lemon. He was a child of the Depression and had his first job delivering papers at 6 years old. This set the tone for what a hard worker he was the remainder of his life.

He left Hudson for the first time when he was a high school sophomore. This was in 1939, and he and a friend went to the World's Fair in New York City. He rode all the rides, except the parachute, and listened to Glenn Miller and Tommy Dorsey. The family hopes he is there dancing with Mom at one of those bandstands.

Wally enlisted in the U.S. Navy upon graduation from high school. He was sent to the Great Lakes Training Camp for boot camp. On weekend passes he would take the train up to Wisconsin, and loved it. This is why the Lemon clan are Badgers!

During World War II he served on several ships, primarily the USS Haverfield. He was part of multiple convoys across the Atlantic, and patrolled the coasts of Europe and Africa, the Caribbean, and the Pacific coast of Central America. He very rarely spoke of this. His children are shocked when describing their travels to discover he had been there before them. It took his wonderful brother and sister-in-law, Robert Lemon and Audrey Bluet Lemon, to pry some of this information out of him.

After the war, Dad attended college on the GI bill at William and Mary. He met Dorothy Walker (Mom) while in grad school at Syracuse University. Following their marriage, their honeymoon was the train ride from New York to Wisconsin.

Wallace was employed by the State of Wisconsin for 17 years. His first job was with the Department of Public Welfare, overseeing bridge and road construction. This is how he came to know every little town and four corners with a stop sign. In his final job for the state, he was appointed State Budget Officer by Governor Gaylord Nelson, who became his friend.

Wallace then worked for the University of Wisconsin and University of Wisconsin System for 21 years under five different UW presidents. His final position was Vice President of Administration and State Government Affairs - coordinating UW planning, development and finances with the legislative and executive branches of state government. He spent many hours in the state capitol. He aided in the development for numerous UW projects and buildings including Van Hise, the Warf building, UW Hospital, and the Waisman Center. He was involved in the creation of the smaller campuses in the UW system. Dad loved his career! The benefit of his lifelong work and dedication spreads throughout Wisconsin, as well as the world.

Wally and Dottie had three children: Peggy Lemon, Diana Kiabi (Hamid), and Mark Lemon. They lived on Anchorage Ave. for 63 years. Dad loved the house and enormous yard, and kept both of them in tip-top shape. Many lifelong friendships developed on that street, for both parents and children. One of Dad's favorite activities was to sit on the back porch, which he helped build, and look out over the woods.

The family had many wonderful vacations for which he did ALL the driving. This included going to Hudson and Lake Oneida, N.Y., to visit grandparents; vacations tied to conferences with Dad's professional organization, where we played while he worked; and the parents' trips to visit the kids in Kentucky, Alaska, and New Mexico. Wally and Dottie spent many winters as snow birds in Mesa, Ariz., where Dad became a champion lawn bowler. They would return from a long, cold winter tan and happy!

In 2002 Mom and Dad moved to independent living in Oakwood, University Woods. Many of the neighbors moved there at the same time, giving them a continuation of their friendships. They also made many new friends there. Dad became involved with painting and ceramics, which gave him great pleasure.

Most of Dad's friends had preceded him in death. But they were never forgotten. Many conversations centered on his friends and their shared experiences. Great love and appreciation goes to Bonnie and Paul Brown and Hilde McGowan who included Mom and Dad in wonderfully remembered dinners and social events.

Wally had a great love for the State of Wisconsin and all its sights and sounds, and a great love of a long drive. The Lemon afternoon rambles through southern Wisconsin were epic and will never be forgotten.

Dad had two great non-family and non-work passions in life: Wisconsin politics, and Badgers football. He knew every elected and appointed official, all their backgrounds, and every coach and player for 50 years. He had season tickets for the Badgers for decades, including during the 33 game losing streak in the 60s.

There were numerous beloved pets in the Lemon household. Trish, one of several rescues, was Dad's favorite. The joke was every time Dad left on a business trip, he came home to a new pet, sized from mouse to horse.

The family would like Oakwood Village, University Woods Campus, to know how their care, beginning in independent living through assisted living to nursing home, supported and improved Dad's life. The love and caring of Tabor, Covenant and Hebron Oaks staff will remembered with gratitude. Graceful Guidance provided wonderful companionship for Dad during the last six months of his life. We are grateful for and thank all who cared for Dad.

Wallace is survived by his children, Peggy Lemon, Diana Kiabi (Hamid), and Mark Lemon; and his Milwaukee nieces and nephews and their children.

Wallace was preceded in death by his parents, Lincoln and Jane Lemon; and his wife, Dorothy Walker Lemon.

There will be a private visitation. There will be a big celebration of Dad's life at a time when we can get together again. Meanwhile, as Dad so loved the Wisconsin countryside, take a drive on his behalf!

In Dad's name donations may be made to the UW Foundation, or the Nature Conservancy. 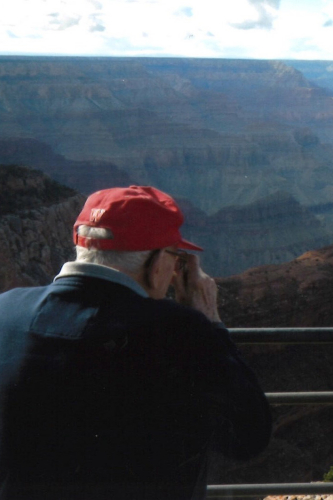