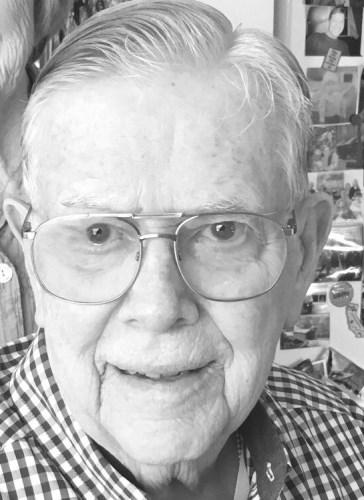 BORN
1930
DIED
2019
FUNERAL HOME
Cremation Society of New Hampshire - Hampton
861 Lafayette Rd.
Hampton, NH
Gardner Harrison Snow, 88, of Exeter, NH, passed away peacefully on January 3, 2019. Gardner (Hank) was born in Arlington, MA on May 24, 1930, the son of Albert Harrison Snow and Mildred Etheridge Trites Snow. He graduated from Tufts in 1951 and enlisted in the US Air Force where he served as a pilot from 1951 - 1955, including active duty during the Korean War. He earned his MBA at the University of Michigan where he met Helen Ilsley Koelb, to whom he was married and devoted for over 60 years. He owned his own business, raised his family in Watertown, CT and spent his initial retirement in Manchester, VT. Hank leaves his wife Helen Snow; his three children Beverly Shwert, Amy Snow and Alan Snow; and six grandchildren.

A celebration of Hank's life was held on January 5, 2019. In lieu of flowers, contributions can be made to the Employee Appreciation Fund, Riverwoods at Exeter, 5 White Oak Drive, Exeter, NH 03833 or to the Pastoral Care Fund, First Congregational Church of Kingston, NH, 6 Church Street, P.O. Box 203, Kingston, NH 03848.
Published by The Manchester Journal from Jan. 11 to Feb. 1, 2019.
To plant trees in memory, please visit the Sympathy Store.
MEMORIAL EVENTS
To offer your sympathy during this difficult time, you can now have memorial trees planted in a National Forest in memory of your loved one.
Funeral services provided by:
Cremation Society of New Hampshire - Hampton
MAKE A DONATION
MEMORIES & CONDOLENCES
Sponsored by Cremation Society of New Hampshire - Hampton.
5 Entries
Helen,
I am so very sorry for your loss. Hank was a good man and I always enjoyed visiting with him at MCC. We both shared a love of candy corn. Best Wishes, Cindy Herrmann
January 28, 2019
I'm so sorry for your loss. As you remember your love one, may your treasured memories and Almighty God bring peace and comfort to your broken hearts. (Psalm 147:3)
January 19, 2019
Please accept my sincere condolences for the loss of your loved one. May the loving God of all comfort and promised hope strengthen you during this difficult time. 1 Thessalonians 4:14 (JW)
Alex G
January 19, 2019
My condolences to the family on tbe loss of your loved one. May the God of all comfort sustain you during this difficult time and beyond.
LF
January 19, 2019
My condolences to the family members and friends (Jeremiah 29:11). Sincerely, Roberts
January 14, 2019
Showing 1 - 5 of 5 results