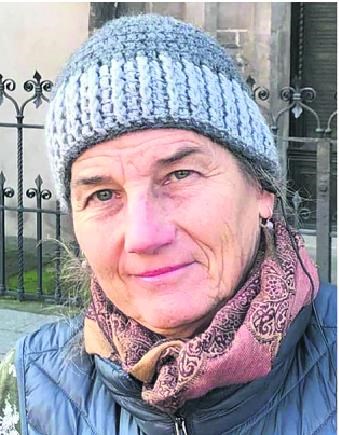 BORN
1961
DIED
2021
Ann M. Maurer Bauer Ann (nee Maurer) Bauer was born on June 17, 1961 to John and Mary Ellen Maurer. Ann died on October 13th after a two-and-a-half-year marathon with a gastrointestinal cancer. Ann was preceded in death by her parents, as well as her older brother, Tom (to esophageal cancer). She is survived by her husband Peter; much loved son Thomas; by her siblings Dan (Jackie), Joe (Janet) and Mary; as well five awesome nephews; four great-nephews and one great-niece; plus her stepdaughter Scholotte Gangl (Alex); and our three wonderful grandchildren. Ann was taught the value of volunteering and service to others by her parents. As a youth, she participated in an ecumenical singing group, based in Novato, called the California Wind Children, who traveled to summer service projects, inspiring Ann to learn, try new things and go places to serve. She worked a summer in Indiana at Conner Prairie Pioneer Museum, where she wore a long dress, cooked over a fire, and learned the art of being an interpreter. She also enjoyed a summer working as a wilderness ranger. She graduated from Humboldt State University with a degree in Natural Resources Interpretation and a minor in Appropriate Technology. After college, Ann served as a Peace Corps volunteer in Paraguay doing environmental education with schools in Itacurb¡ La Cordillera and in Honduras, serving on a new wildland management team "at the end of the road" on the edge of the Rio Pl tano Biosphere Reserve in Dulce Nombre de Culmi, Olancho. She learned beekeeping in Paraguay and through inquiries at the Honduran Peace Corps office about who could help, she met her future husband, Peter, also from the Bay Area. He had served as a beekeeping volunteer in Honduras and was training new volunteers. On October 9, 1990, Ann and Peter married after courtship in the United States. Ann felt blessed to find such a loving, patient man who put up with her "crabbiness." During this time, she also obtained her bilingual Spanish teaching credential at San Francisco State. She took a part-time educator job with The Marine Mammal Center, where she worked for 23 years, becoming the Director of Education. On January 9, 1998, her son, Thomas was born. He enjoyed many sandy adventures, especially becoming intrigued with bones. He has grown into a loving, caring man. Ann worked with all ages, in classrooms and in the field, coordinating visitor exhibits, and established education programs with PIER 39 for their famous sea lions. In the mid-90s, friends from different states saw her on TV news shows about the sea lions - her only TV gig! PIER 39 is still Ann's favorite place to see sea lions. Ann left The Marine Mammal Center in 2013 to help with the care of four elders, including her parents. Since 2015, Ann worked for the City of San Rafael Volunteer Program, connecting people and doing service projects. Ann returned to leading coastal cleanups, as she had done for 26 years. She also served on the Board of the Environmental Forum of Marin fostering connections and learning. Ann increased her personal community involvement by volunteering with Home Ground Habitat Nursery, clearing trash with the San Rafael Clean Coalition. Ann enjoyed hiking in the Marin Hills with friends who once signed up for "Adventure Hiking" and they took it to heart! "Please pick up litter and do what you can for this beautiful planet. Enjoy loved ones! Do what you love! Don't be caught short!" Family and friends are invited to attend Ann's funeral service at Trinity Lutheran Church, 333 Woodland Ave., San Rafael at 10 a.m. on October 30. In lieu of flowers, the family suggests a donation in Ann's name to the Environmental Forum of Marin, P.O. Box 151546, San Rafael, CA 94915.
Published by Marin Independent Journal from Oct. 22 to Oct. 25, 2021.
To plant trees in memory, please visit the Sympathy Store.
MEMORIAL EVENTS
Oct
30
Funeral service
10:00a.m.
Trinity Lutheran Church
333 Woodland Ave, San Rafael, CA
MAKE A DONATION
MEMORIES & CONDOLENCES
Sponsored by MarinIJ.com.
10 Entries
I was so sorry to hear of Anne's passing. I have fond memories of working with her at TMMC. My deepest condolences to the whole family. You're in my thoughts and prayers. With Sympathy
Michelle Lander
Work
November 5, 2021
I will miss seeing Ann's always cheerful happy smile when crossing paths at work for the City. I got to know Ann about 30 years ago when she tutored our oldest child for a while, and then were happy to see her at the Marine Mammal Center during field trips. Reading about Ann's life in the beautiful obituary gives me pause to consider her value as a role model and mentor to all of us interested in public service and care of creation. My sincere condolences go out to her grieving family, friends and colleagues.
Joan Peck
Work
October 29, 2021
My heartfelt condolences to you all.
Kevin Downey
October 26, 2021 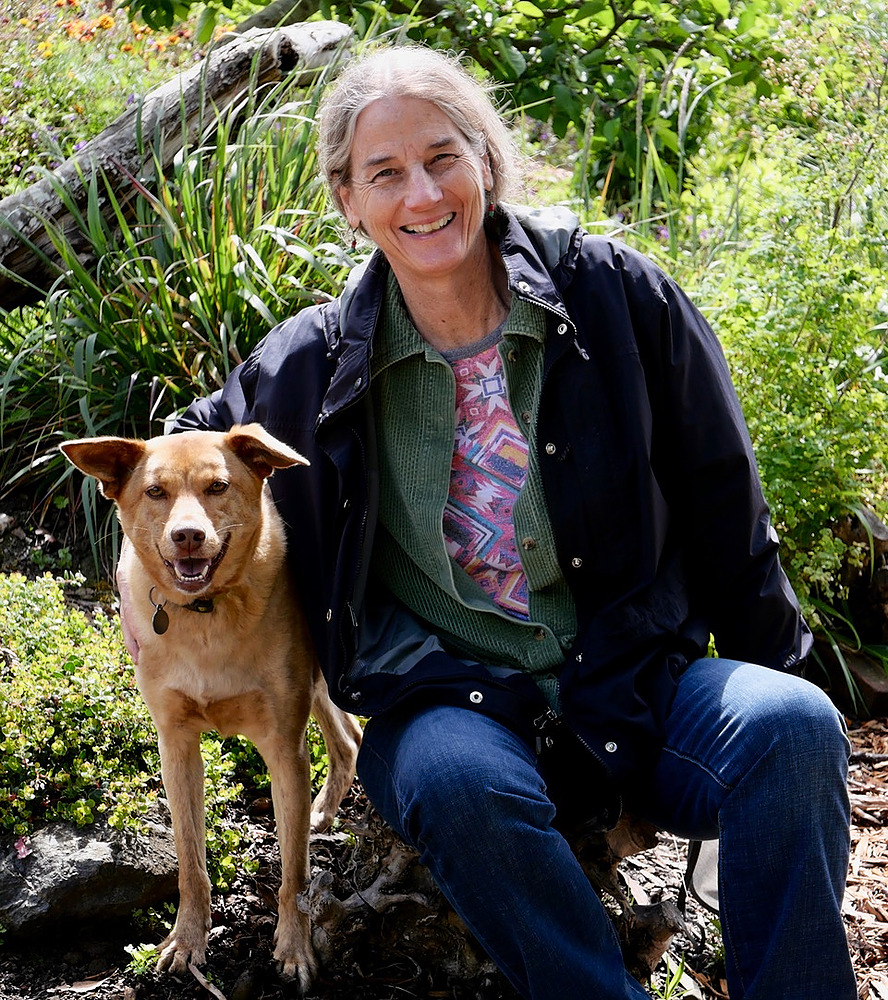 Dear Peter and family, What a lovely tribute to Ann. I'd forgotten that great story of how you two met. I still have some of Ann's honey and think of her with every cup of tea. She loved to come help me weed the invasive plants beneath the Redwoods at Samuel P. Taylor Park. I'm so grateful for her friendship and for knowing all of you. This is Ann in May, 2019 with Zoe, Suzi's dog. We were all at Suzi's for a garden tour and potluck lunch in Point Reyes. Many happy memories of a wonderful woman. Love to you all.
Nancy Hanson
Friend
October 26, 2021
Peter, my deepest condolences to you, your son, family and friends. I'm so very sorry to learn of your wife's passing.
Leslie Ching (NARFE chpt 65)
Other
October 25, 2021
Peter, I am so sorry for your loss.
Bonnie Burns
Other
October 24, 2021 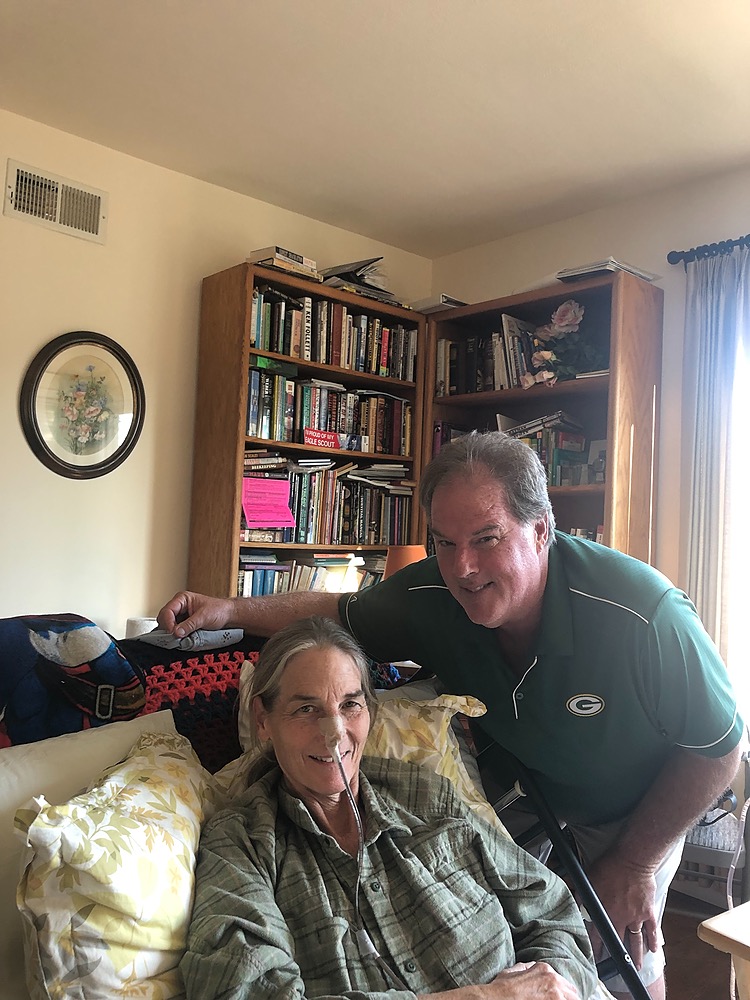 Ann you left us to soon. You will be missed by many as you were giver, a teacher, a naturalist who cared about people and our planet. Thanks for being my sister, love you always
Joe Maurer
Family
October 24, 2021
Ann, you left us too soon with future memory moments taken away. Whether we are hiking, cleaning our environment, disposing of waste, appreciating nature, getting together with family, playing games, co-watching CBS Sunday Morning and many other things we will miss you and we will be thinking of you.
Brother Joe Maurer
Family
October 24, 2021
We started out as colleagues and eventually became friends while we both navigated our way through the media frenzy of the sea lion invasion at pier 39. She was a fun, accommodating, patient mentor, and I will miss her gentle kindness and Quiet intelligence. Fair winds Ann. Thankyou
Sheila Chandor
Work
October 23, 2021
As Jackie's aunt, I have known Ann´s brother; Dan since he was a teenager and believe him to be one of the kindest, loving human beings I know. I have met Ann but never got the chance to really know her but reading her legacy tells me that it was my loss not getting the chance to know her better. I´m sure that this beautiful person is not just a loss for friends and family but also a loss to our planet and all human kind. God bless you Ann, for your loving and caring soul.
Carolyn Cicotte
Family
October 22, 2021
Showing 1 - 10 of 10 results