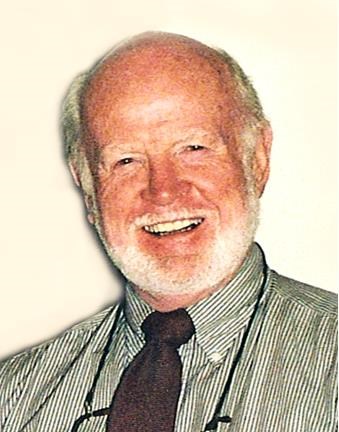 BORN
1933
DIED
2020
Michael Joseph Collins 1933 - 2020 Michael left this life after 20 months' decline at Marin Terrace memory care. Walking and talking Friday afternoon, he began his final descent that evening and passed two evenings later, with characteristic poise and dignity. The family was honored to be present, sharing his love. A sense of peace and even joy persist to us now. Michael was born in Staten Island to Michael and Margaret Mary (Peg) Walsh Collins. His brother, Frank, was born two years later, and with their mother, they moved to Bantry, Cork, Ireland for a year, hometown to both parents. They returned to Staten Island and a year later, took the long train journey to San Francisco to join several maternal siblings who had immigrated earlier - Walsh, Ward, and Reilly, plus 32 maternal first cousins. He attended St. Teresa's school until 8th grade. High school and college were at St. Joseph's and St. Patrick's Seminary, Menlo Park. Finally realizing he had a choice whether to become a priest, he opted out and earned a teaching credential. A "natural," he loved teaching for all 53 years! He began at Everett Middle School, and after several years accepted an English and Latin assignment at Sir Francis Drake High School in San Anselmo. He had married Barbara and had a daughter, Mary Katharine (Kate) and son, Daniel. Loving variety, he taught Mathematics, French, Work Experience, night school, and coached baseball, eventually becoming an administrator. By the late 1970s, his duties had included a stint in the District Office and an A.P. at Redwood High School. Barbara passed, and a year and half later, he married a colleague, school psychologist Laura Foster. A year later their daughter Althea was born. Realizing that his passion was working with students, he returned to the classroom, occasionally Latin at Tamalpais, but mainly at Redwood H.S. Versatile, he taught English, French, and Social Studies for two decades, but his first love was Latin. He built up Latin to five full classes. Mandatory retirement encouraged him to interview for a position at Bentley School in Oakland, and he accepted it with pleasure three days later. He later taught at Stuart Hall in San Francisco, finishing at Bentley. He was frequently a favorite teacher. In his 40-plus years with Laura, his life and experiences expanded. They traveled as much as possible in the U.S., Europe and the Americas, sometimes with NEH grants or taking students, especially to France and Italy. Music was always a source of joy! He joined and later led a Schola Gregoriana for 40-plus years, sometimes a teaching tool for his Latin students. He sang Barbershop and with the Winifred Baker Chorale (classical). He and Laura also loved jazz and dancing. Eventually he combined music with drama and was in 15-plus productions by the Redwood Players, Novato Players, Mountain Theater and the Revels. He kept fit with tennis. His final trip with Laura was an upscale hike on the Camino de Santiago, where he characteristically checked out church acoustics by chanting "Ave Maria." Predeceased by his brother Frank, his first wife, Barbara, and his son, Daniel. Survived by his daughter, Kate (Kevin) Gallagher; his wife Laura; their daughter, Althea (Chad) Thigpen and children Camille and Bryce. A friend of Bill W. A mass with Gregorian chant will be held, followed by an Irish wake when this super-spreading ends. Enjoy 80-plus years of photos at his website: forevermissed.com/michaeljcollins/about.
Published by Marin Independent Journal on Jan. 3, 2021.
To plant trees in memory, please visit the Sympathy Store.
MEMORIAL EVENTS
To offer your sympathy during this difficult time, you can now have memorial trees planted in a National Forest in memory of your loved one.
MAKE A DONATION
MEMORIES & CONDOLENCES
Sponsored by MarinIJ.com.
10 Entries
I am just now learning of Michael's passing, and I send my thoughts and best wishes to all his family, but especially to you, Laura, who have been almost as much a part of CCA-North as Michael has been over the years. He served as our treasurer for many years, but, more important, he was a constant source of inspiration for all of us as he shared his love of the classics and of music. His workshops on Gregorian chant were always popular with California JCL students at our conventions; we all loved to hear him sing! He was also a kind mentor to young teachers in northern California. I know Matt Davis learned so much from him when he took over from Ann Bisio at Miramonte HS.

A few years ago, he sent me a letter (which I still have) about his struggles with memory loss and a book about a Latin teacher's adventures in Italy. I read the book and passed it on to a Latin teacher in Virginia. Since then it has traveled around the country and is still making the rounds.

Please let me know when his memorial service will be. I do not want to miss it.
Dobbie Vasquez
Friend
January 27, 2021
I am proud to say that I Mike was a colleague at Drake HS. He was always
"even-keeled". Rest in peace.
George Irvin
Coworker
January 4, 2021
I was lucky enough to take four years of Latin with Mr. Collins at Redwood 1992-1996, which sparked my lifelong interest in Roman culture and mythology. He was a wonderful, kind and memorable teacher who, in addition to guiding us through translations of the Aeneid and other works, kept class lively with regular Gregorian chants, viewings of the pivotal final scenes of Gunga Din, and jokes told in Latin. He was also our Model UN advisor and I have fond memories of trips to conferences in Berkeley and San Jose with Mr. C. I'm sorry to hear of his passing and hope he knew what an impact he had on so many students.
Gracie Doyle
Student
January 3, 2021
Mr. Collins was always such a bright light at Redwood High School and beyond! I was so thrilled to be able to see him again (not terribly long ago) when briefly singing with the Schola Gregoriana. It filled my heart to see him again! Now I know, with full faith and confidence - that he is singing alongside the angels and Saints in God’s Heavenly Kingdom! Thank you for all you gave while on your earthly journey, Mr. Collins! Hope to see you again in heaven someday!
Reena Rosskopf
Student
January 3, 2021
The Reilly cousins offer condolences and latent unexpressed appreciation for the legacy brought to our family gatherings by Michael’s beautiful singing voice, which he was always willing to share. I still hear him now.

Bill Reilly’s daughter, Kathie Reilly
Kathie Reilly
Family
January 3, 2021
I had Mr Collins for French at Redwood in the early 90’s. I used to love it when he would sing Barbershop for our class. Rest In Peace, Missieur Collins.
Jen (Williams) Judkins
Student
January 3, 2021
I’m so sorry for your loss. My late twin sister and I were friends with Katie and Danny back in high school.
Ann Burroni Goheen
January 3, 2021
He was my freshman English teacher, Drake 63-64. I have fond recollections of him and enjoyed his class. Good to hear of him again after so many years. Sorry to learn of his passing and send my condolence to his family. It sounds like he had a good and full life. Blessings.
—- Dorrie Luders Clark
Dorrie Clark
Student
January 3, 2021
Mr. Collins was my Latin teacher at Drake High School in the sixties. I used the Latin I learned from him throughout my whole life, and I still do. Thank you, Mr. Collins.
Mary Ann Rechtfertig
Student
January 3, 2021
Dear Laura, Kate and Althea, So sorry to learn of Michael's passing. He will be forever remembered by so many students at Stuart Hall for Boys for his teaching of Gregorian chants during Chapel time. I treasured him as a colleague, both at Redwood and at Stuart Hall. We loved seeing him perform in the Mountain Play and just enjoyed his wit, humor and kindness. He was a valued Latin teacher for one of my children. Of course, as the only man for years in our school carpool, he prudently kept our confidences, gave good advice and, all around, was such a welcome presence in all our lives. May his memory be eternal and for a blessing to your whole family. Ann Gigounas
Ann Gigounas
Friend
December 31, 2020
Showing 1 - 10 of 10 results