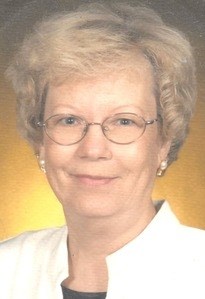 On the afternoon of Monday, October 18, 2021, Doris Causby McCurry, age 76, of Marion, North Carolina, passed away at her residence.

She was born in McDowell County on September 27, 1945, to the late Jack Causby and Pauline Krause Causby.

A graduate of Marion High School, Doris worked at Baxter and later retired from there. She was a devout Christian and was a member of St. Mark's United Methodist Church, where she served faithfully over the years. Doris was an avid fan of the Atlanta Braves, and she was a very active member of the Lion's Club. She was a beloved "Mammy" to many, but especially to her two grandchildren, who brought her the most joy.

In addition to her parents, she was preceded in death by her husband, John Reid McCurry; her son, Scot Gilliland; and her sister, Jean Eller.

A funeral service will be held on Saturday, October 23, 2021, at 12:00 p.m., at St. Mark's United Methodist Church with the Rev. George Williams officiating. Interment will follow at Oak Grove Cemetery. The family will receive friends from 11:00 until 12:00.

Beam Funeral Service & Crematory is assisting the­ McCurry­­­ family. For further information and/or to sign the guestbook, please visit our website, www.beamfuneralservice.com, or call 828-559-8111.