Eleanor Thompson Wortz
June 5, 1921 - August 18, 2013
Resident of Los Altos
Eleanor Thompson Wortz died peacefully at her home in Los Altos at age 92 on August 18th. She will be dearly missed by her loving sons, Marc Steven Wortz of Santa Cruz and William Howard Wortz of Los Gatos, and their wives, Cathy and Fujiko, as well as brother Julian Thompson of Potomac Falls, VA, sister Jean Thompson Barrick of Los Gatos, and many nieces, nephews, and friends. Her husband, James Howard Wortz, predeceased her.
Eleanor grew up in North Carolina, graduated from Spencer High School and Catawba College in 1942, where she received a BS in Business Administration. She was active there as Chief Cheerleader, member of Writers' Club, editor of the college annual, and listed in Who's Who in American Colleges and Universities in 1942. She was granted the one slot for a woman to participate in the first wartime Civilian Pilot Training Program (CPTP) through Catawba College where she earned her private pilot's license.
After graduation, she worked for the Civil Aeronautics Administration in Washington, DC until selected to join the Women Airforce Service Pilots (WASP). The WASP ferried planes across the country from factories to bases where they were needed, often with little rest between trips. They acted as test pilots, flew weather missions, towed targets for male pilots to practice firing live ammunition, and even chauffeured generals. In 2010 the brave WASP were awarded the Congressional Gold Medal. This part of her life is covered in her memoir, Fly Gals of World War II, Women Airforce Service Pilots, published in 2011.
After the WASP program ended in 1944, she moved to California and worked as Asst. to the Registrar at Stanford University until offered a job teaching ground courses in Portuguese to Air Force cadets in Brazil. There she met and married James Howard Wortz in Brazil, in 1946. They moved to Los Altos and built a home where they lived happily together until his death in 1990. She organized and was the first president of the Woodland Vista Swim and Racquet Club in Los Altos. She taught Business courses at The College of San Mateo and Canada College from 1964-85 and earned her master's degree.
She was a longtime member of Los Altos United Methodist Church, and plans are being made for a celebration of her life there on November 9th at 1pm. In lieu of flowers, donations may be made to: SPCA of Los Altos or: Pathways Home Health, 585 N. Mary Ave., Sunnyvale, CA 94085, 408-730-1200, or the WASP museum: National WASP WWII Museum, PO Box 456, Sweetwater, TX 79556, or: TWU Foundation, WASP Endowment, PO Box 425528, 304 Administration Dr., Denton, TX 76204.

Published by San Jose Mercury News on Sep. 15, 2013.
To plant trees in memory, please visit the Sympathy Store.
MEMORIAL EVENTS
To offer your sympathy during this difficult time, you can now have memorial trees planted in a National Forest in memory of your loved one.
MAKE A DONATION
MEMORIES & CONDOLENCES
8 Entries 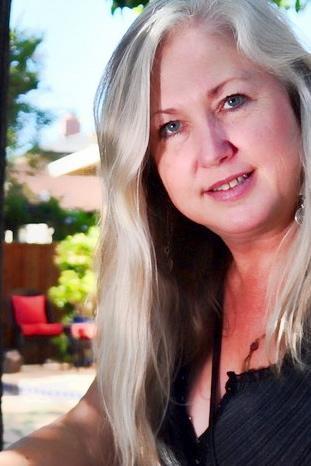