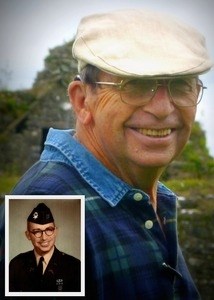 Jack was born Lacy Marshall Jackson in 1936 in Haleyville, Alabama, to Benjamin Arlon Jackson and Joy (Batchelor). Jack was the first in his family to attend college, attending the University of North Alabama. He graduated in 1958 with a degree in accounting and economics. Jack was in the ROTC program at UNA and entered active duty on November 12, 1958, as an Armor officer. He was assigned to Ft. Knox, KY, where he completed the Armor Officer Basic Course.

Jack met Mary Dale Martin at a dance in Louisville, KY, in 1965, and their first date was attending My Fair Lady at the Loews Theatre downtown. Jack and Mary Dale married six months later, on October 23, 1965, and were together for 56 years. They raised a daughter, Jennifer, and a son, Jonathan.

Jack took great pride in his military career. He completed both Ranger School and Airborne School in 1962 at Ft. Benning, GA, and served two combat tours in Vietnam in 1966 and 1970, where he advised the South Vietnamese Army. From 1968 to 1970, he was stationed in Taipei, Taiwan, with the Military Assistance Advisory Group, and in 1976-79, served a tour in Stuttgart, Germany. Jack's final assignment was at the Night Vision Labs at Ft. Belvoir in Alexandria, VA. He retired as a Lieutenant Colonel in 1980 after 22 years of active duty. His decorations include three Bronze Stars and many other commendations and citations awarded during his more than two decades of selfless service to his country.

Jack and Mary Dale settled in northern Virginia after Jack retired from the Army. Jack worked for Computer Sciences Corp. as a technical writer until he and Mary Dale relocated to Decatur, AL, in 1992, working full-time with his brother Dale painting homes.

Jack and Mary Dale moved to Winchester, VA, in 2000. Jack worked in the paint department of Home Depot for ten years and was a substitute teacher at Daniel Morgan Middle School and John Handley High School for 12 years. They became active members of the Unitarian Universalist Church of the Shenandoah Valley, where Jack served on the board for many years. Jack was a member of the NAACP and worked for the election board.

Jack spent his free time reading and was passionate about military history. He enjoyed watching Alabama football with his son, Jon, and always had a house project going. He and Mary Dale were famously known for their Trivial Pursuit skills, easily beating their children and grandchildren. They enjoyed traveling, watching movies, listening to Car Talk and NPR, and going on walks together. Jack will be remembered for his stories, his warm smile, and embracing hugs.

Known as Vati by his grandchildren, Jack is survived by his wife Mary Dale and their 2 children and 4 grandsons: daughter Jennifer Stirgwolt, her partner John Tourek and her sons Alexander, of Richmond, VA, and Ian and his fiancee Melissa Diaz of Los Angeles, CA; son Jonathan, his wife Maria and their sons Jake and Tyler of Arlington, VA; his brother Dale of Florence, AL, and brother Benjamin of Decatur, AL, sister Tommie Faye Cantrell of Muscle Shoals, AL and sister Anne Carol (Little) Giorgio of Birmingham, AL. Jack was preceded in death by his parents Benjamin Arlon and Joy, and his brother Jerry Wayne Jackson, Esq. of Haleyville, AL.

A memorial service will be held on Sunday, October 24, from 12-3 pm at the James Charles Winery at 4063 Middle Road, Winchester, VA 22602. Inurnment at Arlington National Cemetery will be held at a later date.

Published by MilitaryTimes.com on Oct. 16, 2021.
To plant trees in memory, please visit the Sympathy Store.
MEMORIAL EVENTS
Oct
24
Memorial service
12:00p.m. - 3:00p.m.
James Charles Winery
4063 Middle Road, Winchester, VA
MAKE A DONATION
MEMORIES & CONDOLENCES
5 Entries
Memories lives on, may the love he leave behind shines in your hearts forever. Rest In Peace
Dee- Dee Liggins
October 22, 2021
Jack and Mary Dale are dear friends who have enriched my life. Jack always had a warm smile, welcoming hug, and was genuinely glad to see me. I know very few people that exhibit the gentlemanly behavior that defined Jack. He was learned, well-read, appreciated good humor, and was a pleasure with which to converse. He will be remembered fondly, and I was fortunate to be able to call him a friend.
Donna Phillips
Friend
October 19, 2021
We'll all miss his great going. There's much love for you, Mary D.
Miki Leeper
October 19, 2021
Rest In Peace Uncle Lacy.
Kem Mullins Verner
Family
October 18, 2021
Our deepest sympathies to your family
Bill and Beth Simmer and family
Family
October 16, 2021
Showing 1 - 5 of 5 results