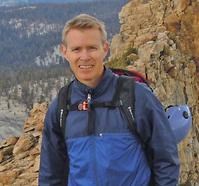 BORN
1964
DIED
2016
FUNERAL HOME
Allen Mortuary & Crematory
247 N Broadway
Turlock, CA
David John Kangas
Nov. 1964 - Sept. 2016
David John Kangas, 51, died September 9, 2016 after a lengthy battle with lung cancer.  He was at home and surrounded by his wife, two sons and parents.
David was born in November of 1964 in Chicago, IL and moved to Sacramento with his family at age 12.  Early on, he developed a love of the Sierra Nevada Mountains and Yosemite especially.
He received a Ph.D. from Yale University in philosophy of religion and taught at Florida State University, Santa Clara University and, since 2011, was an Associate Professor of Philosophy at Cal State Stanislaus.  He wrote two books on the Danish philosopher Kierkegaard and numerous scholarly articles.  He served as a member of the editorial board and a translator of the 11-volumne edition of Kierkegaard's journal and notebooks.
David was an avid mountaineer, hiker and skier.  He was a lover and supporter of the arts and relished a good glass of wine and a good laugh among friends.  Above all, he loved his family.
He is survived by his wife, Inese Radzins, and his two dear sons, Olaf and Sevrin, parents, Nick and Sandy, brothers Nick, John, and Mike, and their families.
The Memorial Service with be Saturday, October 1, at 3:00 pm in the St. Francis Episcopal Church, 915 E. Main St, Turlock, CA.  The Reception will follow at 5:00 pm in the Art Space on Main, 135 W Main St, Turlock, CA.  Memorial donations may be made in David's name to http://sacredrok.org/. ; Please share your memories at
www.AllenMortuary.com.
www.cvobituaries.com

Published by Modesto Bee on Sep. 24, 2016.
To plant trees in memory, please visit the Sympathy Store.
MEMORIAL EVENTS
To offer your sympathy during this difficult time, you can now have memorial trees planted in a National Forest in memory of your loved one.
Funeral services provided by:
Allen Mortuary & Crematory
MAKE A DONATION
MEMORIES & CONDOLENCES
6 Entries
While I didn't know Dr. Kangas personally, his Kierkegaard article "Kierkegaard as Apophatic Theologian" has been an important one for me. Today, still struggling with the S.K. concept of "infinite redoubling," I searched for David Kangas, and found out that he had passed. Like David, I also have an interest in mountaineering.
Walter Daniel
September 23, 2017
Dear David Kangas Family,

I hope the Spring will sing through you despite the empty spaces you now inhabit.

It is with sadness that I heard about David's passing. I was moved to google his name in January after a time of prayer; and his obituary greeted my inquiry. I had read something on Kierkegaard that needed ciphering but that question will go unanswered in his honor. I was David's best friend at Princeton Seminary and know Nick and Sandy from those days and after.

I know what kind of man David was and I send my kindest thoughts to you and your sons. "His (God's) power is only in the ethical which fills all existence." Kierkegaard

In such a case, I am celebrating a person who still lives.

Peace to You All,
Reverend Kerry Holder Joffrion

Monte Sano Mountain
Huntsville, Alabama
Kerry Holder Joffrion
April 23, 2017
Dear Inez,
I just heard that David had died some months ago. I am so very sorry. I have thought of you both of you, and your children, frequently after we met again about 2 years ago. David was indeed a brilliant man, and a kind and gentle person. I hope that you are surrounded by family and friends as you move forward in ongoing life.
Peace to you, and much love,
Margaret Farley
Margaret Farley
March 2, 2017
Dear Inez and David's family:
I got to know David when he was teaching in Montana and he found a special place in my heart which he never left. I went hiking in the mountains with him on a long a ago 4th of July holiday and your lovely picture reminds me of that happy time and the love he had for the mountains.
I've just found out about his death and send you all love and prayers.
Zara
Zara Renander
December 16, 2016
Dear Inese and family -- My deepest sympathy to you all. Even though I never met David, your mother used to keep me appraised about your life and I was always happy to hear about you all and appreciated our family connection. My thoughts and prayers are with you; may the Lord give you peace and comfort during this very sad time.
Your "distant" cousin - Edie
Edie Schulz (Sulcs)-Braatz
November 27, 2016
I am currently a student studying to get my master's degree in theology. I recently read one of Dr. Kangas' articles in my research for one of my papers. The article was on Porete's "Dangerous Joy." Dr. Kangas' writing was instrumental in helping me understand the mystic in her context as well as apply her writings to my own life. I am grateful for his contribution to my theological journey.
Drew
November 16, 2016
Showing 1 - 6 of 6 results