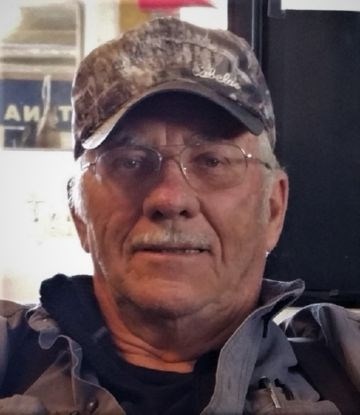 Roger Siemens of Silver Star MT, passed away on Dec 30, 2021. Roger was out in the hills with a close friend, under the Big Sky, doing what he loved to do when the Lord called him Home. He would not have wanted it any other way.

Roger was born in Belmond Iowa in 1939. He graduated from Renwick High School in 1957 and then attended the University of Montana in Missoula where he studied Forestry, Range Management and Wildlife Biology. In 1960 he married the love of his life, Rita Stafford. Rita was called Home in 2019 and Roger missed her dearly.

During college, Roger worked as a Smoke Jumper and in 1961 greeted the first of their three boys, Rodney. Over the next few years, while building his career in the Forest Service, he and Rita had two more boys, Randy and Ryan. For 35 years Roger worked for the US Forest Service all across Montana – in Missoula, Hamilton, Sula, Jackson, Big Timber, Butte and Whitehall. He also spent a few years in Watford City, ND.

Roger lived a full and interesting life. He was truly one of a kind. As a Smoke Jumper, he survived the Higgins Ridge fire and his experience during that fire was featured in Raised in The West magazine. He will also be part of an upcoming Montana PBS Documentary about the fire.

Roger was active in the Mountain Bluebird Trails organization and personally built, installed and managed over 200 bluebird boxes in many nearby counties.

Roger loved the outdoors and spent as much time as he could, fishing, hunting, hiking and exploring the great outdoors with family and friends. He loved to tell stories of his adventures and, as he grew older, his accomplishments and tales of those outdoor adventures grew as well. To celebrate his 80th birthday he went skydiving with his son and grandson.

Roger and Rita were the owners of R & R Resources in Silver Star. Roger assisted local ranchers and landowners with land management, predator control and rattlesnake management. The latter being his number one focus over the past thirty years. Roger was highly regarded as an expert and the "go-to-guy" for snake management. His expertise in snake work has been featured in numerous news and magazine articles and was as a pioneer in the use of transmitters to track rattlesnakes throughout central Montana. Roger conducted education and training courses for the State, local schools, businesses, landowners and worked with the University of Montana and Idaho Herpetology Departments.

Of Roger's many accomplishments, his greatest was that of a loving husband, father, grandfather, uncle, brother and dear friend to many. He was always ready with a helping hand, encouragement, and a kind word. He was truly grateful for all his blessings and greatly appreciated the smallest of kind gestures.

Roger is survived by his sons and daughters-in-law, Rodney and Mary Ellen Siemens of Townsend, Randy Siemens of Kalispell, Ryan and Molly Siemens of Sartell, MN, brother Frank of Renwick, IA and five grandchildren.

Roger will live on in the hearts and memories of those who knew him. A celebration of life service will be held on July 2nd at the Siemens home in Silver Star.

In lieu of flowers, memorial donations may be made on behalf of Roger, to:

Published by The Montana Standard on Jan. 11, 2022.
To plant trees in memory, please visit the Sympathy Store.
MEMORIAL EVENTS
Jul
2
Celebration of Life
the Siemens home
Silver Star, MT
MAKE A DONATION
MEMORIES & CONDOLENCES
5 Entries
So sorry to hear of his passing, but he is in Heaven with Rita
Misty Hammerbacker
Friend
January 12, 2022
I´m so sorry to hear that another Higgins Ridge survivor has passed. My dad was Bert (Fritz) Wolfrum who worked with Roger as a smokejumper. I hope to meet the family at the premier of the Higgins Ridge documentary in the near future. May God give you peace at this time.
Mary Wolfrum DeStaffany
Other
January 11, 2022
Roger was an amazing man. We have many fond memories of both Rita and Roger collecting snakes on the ranch. RIP Roger.
Tracy and Stefanie Forcella
January 11, 2022
Roger was a real pioneer, ahead of his time. I remember him in the 70s helping to develop a method of using remote sensing data to map noxious weed infestations. RIP
Steve McGrath
January 11, 2022
Roger was one of a kind. Always enjoyed his visits to the office. Will be dearly missed by many in the Ruby Valley.
Margie Edsall
January 11, 2022
Showing 1 - 5 of 5 results