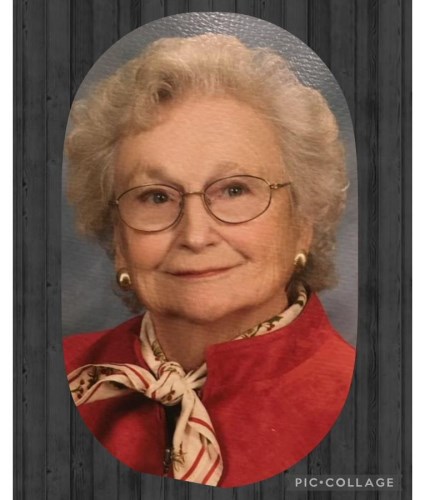 Millie was born in Kent County, Maryland, on July 3, 1920, daughter of the late James Ernest and Mary Ringgold Willson. She was a graduate of St. Gertrude's Academy in Ridgely, MD, and initially worked for a real estate firm in Baltimore, MD, after attending business school. She then spent her life devoted to raising her children, working on the family farm, and later being a loving "Mom Mom" to her grandchildren and great grandchildren.

Millie married Robert H. Strong, Sr., on January 16, 1943, at Trumpington Manor. They resided in Chestertown, MD, and then made their home at Overton Farm, Rock Hall in 1962. Trumpington Manor, the home where Millie was raised from the age of four, became her home in 1978 until present.

Millie was a devout Catholic and attended St. John's Catholic Church in Rock Hall. Her passions included preserving her family home and family history, genealogy research, and preserving her family heritage in her published book, "Trumpington, A Legacy of Land on the Chesapeake Bay." She was a member of Old Kent Chapter Daughters of the American Revolution, Cadwalder of Kent Questers, and U.S. Daughters of the War of 1812, Kitty Knight Chapter. Her greatest love, however, was her husband and their family.

A Mass of Christian Burial, officiated by Rev. John Grasing, will be held on Sunday, September 19, 2021, at 1:00 pm at St. John's Catholic Church in Rock Hall, MD. She will be laid to rest in the family cemetery at Trumpington Manor, 3260 Eastern Neck Island Road, Rock Hall.