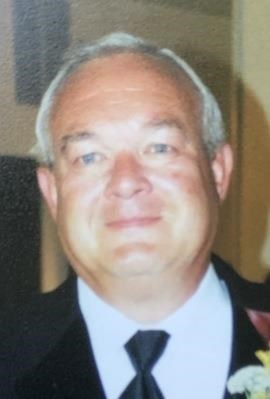 He was born March 16, 1950, in Staunton, a son of the late Richard "Dick" Trenton and Evelyn Elizabeth (Lightner) Beard.

Prior to retirement, Mr. Beard was employed by B & S Company as a Safety Director and Estimator.

He was a member of Covenant Presbyterian Church where he served as an Elder.

He served on the Augusta Regional S.P.C.A. Board and as a volunteer with Augusta Health, Staunton-Augusta Rescue Squad, Augusta County Fire and Rescue Company 10, and was a member of the Staunton Elks.

He was a graduate of Robert E. Lee High School Class of 1969.

In addition to his wife, family members include a son, Justin Beard of Staunton; a daughter, Stacy Beard Johnson (Troy) of King William; three sisters and brothers-in-law, Alexis B. and Conrad Beaver of Green Cove Springs, FL, Susan B. and Paul Decker of Chesterfield, and Ann H. Beard-Montague and Mark of Portsmouth; six grandchildren, Tyler Beard, Addie Johnson, Wylie Johnson, Trenton Johnson, Jett Hancock, and Weston Hancock; a sister-in-law, Kathy and Tony Riolo of Springfield; a brother-in-law, and David and Lori Stinson of Haymarket; and numerous nieces and nephews.

A memorial service will be conducted at 3:00 Friday, August 6, 2021, in Covenant Presbyterian Church by the Rev. John Peterson. Due to COVID-19 restrictions, persons wishing to attend the memorial service are asked to R.S.V.P. by calling Covenant at (540) 885-2138. (Masks will be required.)

The family would like to express their deep appreciation to the staff at UVA Oncology, Augusta Health, and Hospice of the Shenandoah.

Condolences may be sent to the family at www.henryfuneralhome.net.

Published by The News Leader from Aug. 3 to Aug. 6, 2021.
To plant trees in memory, please visit the Sympathy Store.
MEMORIAL EVENTS
Aug
6
Visitation
5:00p.m. - 8:00p.m.
Valley Mills Farm
1808 Parkersburg Turnpike, Swoope, VA
Aug
6
Memorial service
3:00p.m.
Covenant Presbyterian Church
VA
Funeral services provided by:
Henry Funeral Home
MAKE A DONATION
MEMORIES & CONDOLENCES
Sponsored by Henry Funeral Home.
2 Entries
Thinking of all of you. From my days lifeguarding at Westside Swim Club with Susan to him becoming my parents neighbor- Dickie was just a wonderful person. Checking on us to make sure the pool was working properly to plowing out my elderly parents driveway- that was Dickie- a good man. Sending love, peace & hugs to all of you- Debbie
Debbie Mullins Roberson
Friend
August 7, 2021
So sorry to hear about the loss of Dickie. Dickie and I went through four years in Lee High School, he sat behind me in home room. We double dated on many occasions. Always considered him a good friend with many fond memories. The last time I saw him he told me about what he was battling. I gave him my number and asked him to call me when he felt like it and we could talk about old times, which didn´t get a chance to happen. May he rest in peace and God grant you comfort during these tough times. Rusty
Rusty and Susan Ashby
Friend
August 3, 2021
Showing 1 - 2 of 2 results