BORN
1951
DIED
2017
On Jan. 23, 1951, Bob was born in Jersey City, New Jersey, to Vernon and Eleanor Harte. He grew up playing baseball, hunting, fishing, trapping and getting into mischief with his three brothers. Bob's grandfather, "Pop-Pop," was instrumental in Bob's life, teaching him construction skills, and more importantly, to think independently. At 21, after a short stint in college, Bob was restless to experience the Alaskan lifestyle he had read about.
Bob landed in Southeast Alaska, where he spent his first few winters trapping near Wrangell. Next, he headed north to the Interior. Fort Yukon became his home base as he trapped in different locations around the area. He quickly established a name for himself and met many lifelong friends. Bob heard about an abandoned trapline in the Brooks Range, and there, finally found his home. For more than 40 years, Bob lived on his trapline from early fall until spring.
His best trapline memories revolved around the times when his family joined him. The family included his daughter, Talicia; stepson, Traver; foster son, Steve; wife, Nancy; and their dog team. Bob's favorite spot on Earth was the "throne," a high rock outcropping that overlooks the river near his cabin. He loved to sit on the throne, drink a pot of coffee and take in the view. He marveled that he was the only human around for miles.
Bob was very proud to have participated in a Russian/American trapper exchange program in the early 1990s, when he trapped with families in Russia. This was a first for any American trapper, and it helped bridge the cultural and political divide between the two nations. Back on the home front, he made ends meet by working seasonal carpentry projects for the Binkley family in Fairbanks.
In Bob's words, he was an "excellent trapper, hunter, fisherman, outdoorsman, carpenter and log builder." He wanted people to know that the Holy Spirit was his guide and best friend, protecting him and providing companionship during the many years on the trapline. He loved his family deeply, particularly his daughter, Talicia. His dream was to finish building her home so that she and her 8-month-old daughter, Carmella, could live comfortably.
On Friday, July 21, 2017, Bob attended his own celebration of life. He sat around the fire, drank a few beers and told stories with longtime friends. This was his last night on Earth. Who would have thought that this would be his final exit? His family and friends always joked that Bob had nine lives. If you stopped to count, it was probably closer to 20. After wrecking his motorcycle, crashing his plane, accidentally shooting himself, falling off his cabin wall, swamping his boat in the ocean, crashing another plane, getting run over on his motorcycle, having brain surgery, crashing another plane (I could go on), God chose a peaceful passage for him. It is ironically fitting.
Bob chose to live life differently. The famous lyrics sung by Frank Sinatra resonate, as Bob did his life "My Way." At his final gathering of friends and family, he mentioned how thankful he was for all the people in his life. He said, "You are my family and I love you dearly." I'm sure this message extended to all those who were connected to him. Bob is gone, but his spirit lives on in each of us. He now has eternal peace. "Come with me by yourselves to a quiet place ..." (Mark 6:31, NIV).
A memorial service will be held for Bob at 7 p.m., Saturday, July 29, at the Chena Village, off Tall Spruce Road. In lieu of flowers, please send gifts in the name of Nancy Becker (Talicia Harte's mother) to: 2655 Tall Spruce Road, Fairbanks, AK 99709. 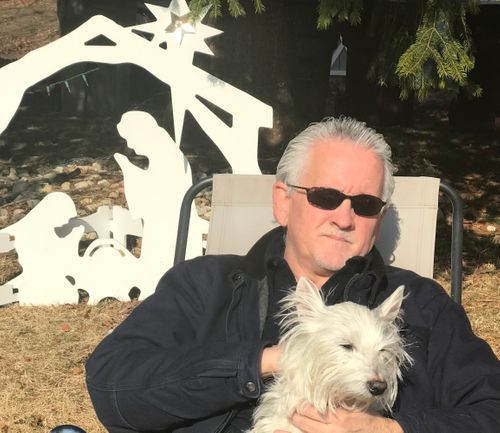 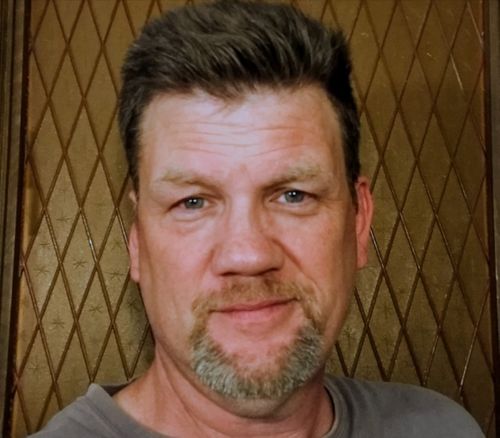 I felt like I knew you Bob. I felt like i understood you. You and I have a lot of things in common--among them, the bible, the woods, family, dogs, beer, and good conversation.

I'll miss seeing asked listening to you Bob. However, I know we will one day meet either in the present heaven let the new earth and heaven where there will bet plenty of woods, dogs, family, and wide open spaces. Not goodbye but see ya later. :)
Mark Evans
Friend
November 11, 2020
I really enjoyed the programme and Bob spoke from the heart which I admired, I wish I could have spent some time living as he did and listening to his stories. He will be greatly missed but his memory will live long RIP Bob
Ian Broadfoot
November 9, 2020
A true frontiersman. Thanks for all the good times as our host on your show. Will cherish the memories. Comfort and hope to his family. Rest in peace.
Joe C.
November 2, 2020
I enjoyed watching Bob live his dream in Alaska. It broke my heart watching his health decline. I was so proud of the fine woman Nancy was to go back to Alaska to help him even though they were divorced. Their love was a deep love that withstood all the storms. God bless you and your family. You lived isolated from the world yet you still managed to touch so many hearts. You are missed.

Myra Maness
Friend
November 2, 2020
May God bless you and your family in this time of sorrow.
Wayne Chew
Friend
November 2, 2020
RIP Bob Harte
Wayne Chew
November 2, 2020
I was 65 when bob passed and he was by far my favorite person to watch Juno close 2nd. So sad to hear his passing fly high in the sky and rest in piece. What happened to rugger his dog I would I would gladly buy him to help out bobs daughter. I’m out doors also and could take good care of him and let him open spaces
Ted crabtree
Friend
October 27, 2020
Dear Bob, I wanted to thank you for the many times I was able to see or share your experiences, your harmony, your sorrows, your joys. from this program where you shared your day to day with all of us. I was very sorry for your departure, I admire you for your strength and I wish you that wherever you are, you can continue to enjoy what is called freedom, love for the real, for what really counts, I send my respects to your daughter Laticia and your partner of life Nancy (who always lived and will live in your mind and heart) I am from Punta Arenas (Chile) and whenever I can I follow your example and turn to our mother nature to appreciate what is there for everyone, but not many are given account. (the magic of living) is an honor, the power to have known you. greetings atte. Rodrigo Jagniaux A.
Rodrigo Jagniaux
Friend
October 25, 2020
You lived an amazing job well done Bob
Sara
Friend
October 25, 2020
Thank you for sharing the greatest joys of your life with us. I can’t tell you how many times I escaped my daily routines to live vicariously through yours. You touched many of us with your love of family, God, nature and adventure..... but most of importantly, you reminded me that the greatest gift of all is being free to enjoy life’s simple pleasures! I hope one day to come and sit on your throne so I can share your perspective of the world! I only hope that heaven for you is a warm log cabin with big comfortable chair set next to a window overlooking a lush green forest that glistens with newly fallen snow!
Robert Asci
Friend
October 14, 2020
Im so sorry to hear about his passing. He was one of my favorite so happy he lived the life he love rest easy Bob
David Wolf
October 12, 2020
God be with you Bob, and condolences you your x-wife, daughter and children. RIP
Sonny
October 5, 2020
Watching re-runs of TLA & thinking about Bob & his beautiful family. I wish the show was still filming. I really need to watch my Last Alaskan Bob series.
Dawneen DeLaCruz, Quinault Indian Nation
Friend
October 5, 2020
As the days and weeks pass, and as you return to life's routine, may you continue to feel comforted by the love and support of family and friends.
Elaine Evans
Friend
September 30, 2020
A man’s man
Troy Evans
Friend
September 26, 2020
I miss Bob , what a clean soul he was. I miss him on the show. He never had much to say but when he spoke i listened closely to every word. Such a simple man , I Envied him became he was his own man an was happy in his life
George hample
September 24, 2020
Awesome spirit miss you on the show

Donna
Friend
September 21, 2020
We all truly miss your way of life that many of us can only dream of the humble way you lived life has given me and others great joy so glad were still with you on TLA you are missed my friend
Roland Baldonado
September 14, 2020
R.I.P. Bob . Thank you for many WONDERFUL hours of Mountain Men. CONDOLENCES to Talicia and Family.
Roy Simonetti
Friend
September 10, 2020
I always enjoy seeing you on tv. seeing your daughter and your former wife was a nice to see
Mindy Leaf
September 7, 2020
You are (not was) such an inspiration to me and millions who view TLA. May you Rest In Peace my tv friend.

A devoted THE LAST ALASKAN FAN

MIKE FROM TEXAS
MIchael Hart
Friend
September 7, 2020
You are (not was) such an inspiration to me and millions who view TLA. May you Rest In Peace my tv friend.

A devoted THE LAST ALASKAN FAN

MIKE FROM TEXAS
MIchael
Friend
September 7, 2020
You made your mark on this earth my friend and you will never be forgotten
Ronnie Douglas Morris
Friend
September 3, 2020
I cried in many episodes where Bob talked about his life, his true love, his daughter and his love for the outdoors. He was my favorite to watch and my heart is heavy. He blew me away when he gave his dog to his daughter. I adored watching him and happt that he had Nancy and his daughter in the end. My heart goes out to his family.

Rest in peace. I hope to meet you on the other side.
Jennie Slattery
September 1, 2020
I cried in many episodes where Bob talked about his life, his true love, his daughter and his love for the outdoors. He was my favorite to watch and my heart is heavy. He blew me away when he gave his dog to his daughter. I adored watching him and happt that he had Nancy and his daughter in the end. My heart goes out to his family.

Rest in peace. I hope to meet you on the other side.
Jennie Slattery
September 1, 2020
Very saddened to learn of your passing. You were genuine, caring human being. You made living off the grid desirable. We watch your reruns and thank you for allowing us into your life. May you forever Rest In Peace.