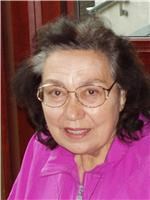 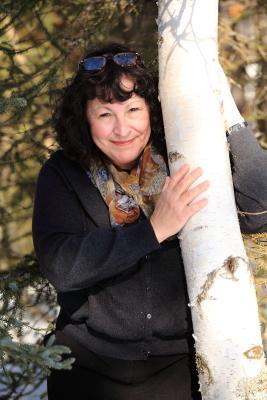 About 12 years ago I was at the Ted Stevens International Airport to pick up my sister. Ruth, who I did not know, was in need of a ride to Adventure 600. I offered to drive her home and we had a wonderful conversation during the drive. We exchanged addresses, as people do, but we actually wrote one another for several years. And also as people do we no longer kept in touch. The thing that I remember was that this was a smart, self sufficient woman with a quit wit who I am thankful to have had the pleasure to converse with, she seemed to understand me right away and though our encounter was brief, she had a positive impact on my life. I send my best wishes to her family and envy them for having known her better. Ruth was a rare treasure. Best, Terri Collins
Terri Collins
May 18, 2014
Wanni and I were so saddened by Ruth's untimely death. She had been a good friend for more than 40 years. In addition to her friendship, we have always recognized and appreciated her enthusiasm for understanding her own culture and sharing her knowledge with us. What a loss to her community!
Douglas Anderson
May 16, 2014
So sorry to hear of the passing of Ruth Blankenship Sandvik. I will miss talking to her on the phone about Tom Baldwin's family and many other subjects. I hope she shared the Blankenship Family Tree I researched for her a few years ago for Christmas with all her children. She spoke of you all frequently during our conversations. She was a sweetheart. Always thoughtful and willing to help. I'm very grateful she answered my inquiry letter about the Tom Baldwin Family and was so willing to share what she remembered with me, a total stranger. And like so many others have written Ruth always remembered you once she knew you. I wish I had had the opportunity to meet her in person, but I'm glad I got to know her over the last few years. She was a very special person.

Rest In Peace Dear Ruth. You will be missed by many and in our thoughts and prayer forever.
D Phalen
May 13, 2014
Katherine Engell
May 9, 2014
She will be greatly missed. Especially Her Nuunak of calling me By Aana May's Inupiaq Name. Much Love & Hugs to you all <3
Katherine Engell
May 9, 2014
Ruth was a wonderful person,I knew her for many years ,May Almighty God bless her soul and put her in paradise AMIN
SYED QASMI
May 9, 2014
Sandvik family, Mike & I are so sorry to hear of Ruth's passing. She was a great Mom, quite a strong person, and never forgot you once she met you. Some time ago, I mentioned to Helvi on the phone that Mike was gone on a fire assignment that I thought was near Kiana, but BLM couldn't tell me where he was. Lo and behold, a couple hours later the phone rang. Helvi had spoken with Ruth who was at her store in Kiana. She, in her indomitable Ruth way, sent word for Mike to come to the store. He had never met her before, but he did then! She had him call, and so, I knew exactly where he was. She could move the world. May she rest in eternal peace.
Sharon McLeod-Everette
May 8, 2014
So sorry to hear of your mothers passing, Helvi and Robin. She was a great person and lived such a full life. I always looked forward to visits to Kiana with her excitement and hospitality. She will be missed, but she left a great posterity.
Shelby Stastny
May 8, 2014
Ruth was a very well liked and loved person by her community she lived in, Kiana, Alaska.. She will be truly missed...Condolences and prayers to the Family.
SHeila Watson
May 8, 2014
Thor and family, you are in our thoughts and prayers.
Beth Gifford
May 7, 2014
Sandvik family,

I was very saddened to hear of your loss. I just met her recently. She is a great person to speak inupiatun. She is very Kuuvak. I am keeping everyone in my prayer.
Ali Boskofsky
May 7, 2014
Helvi, Sorry to hear about your mother. What a wonderful and interesting life she lived. I will be thinking of you.
Stewart Osgood
May 7, 2014
Helvi, so sorry for your loss. Momma had great respect for her.
Nina Norton/Dublin (Opferman)
May 7, 2014
Helvi - my condolences to you and your family. Chris Ashton, WorleyParsons
May 7, 2014 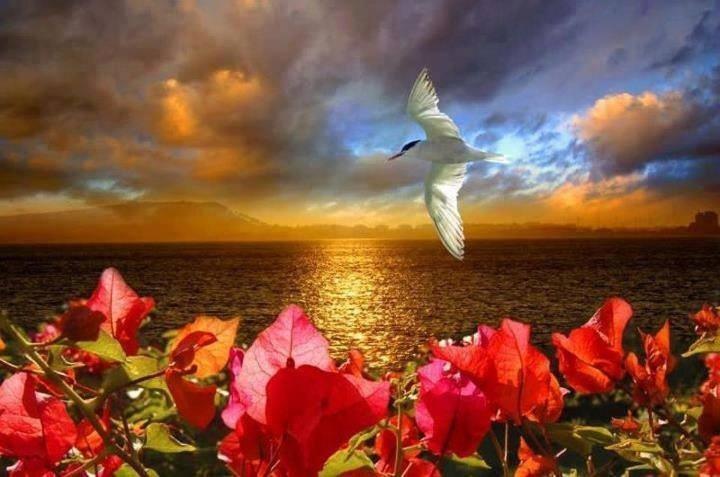 To the Family of Ruth, I was so saddened today to read of Ruth's passing. We resided in the same condo complex in Anchorage for many years. I remember well the first time we met. You became instant friends with Ruth the moment you met. I always looked forward to seeing and visiting with her whenever she came into Anchorage. What a fantastic lady. She will be missed by so many. I know I will never forget her. You couldn't help but love her. Alaska has lost a remarkable woman. My thoughts and prayers are with her entire family.
Lana Gundersen
May 6, 2014
To the Sandvik Family:

Our thoughts and prayers are with you at this moment of your great loss.

Mike and Lydia Scott
Mike and Lydia Scott
May 6, 2014
I am so sorry to hear of your mom's passing. I spent so much time at your house growing up with Kris that it felt like a second home to me. I am so grateful to have always been welcome in your home, and for the delicious food your mom would make us that I might never have been exposed to as a kid in Glenview, Illinois (lingenberry pancakes & caribou sausage!) Thinking of you, Kris, and all of you Sandviks, and remembering your mom fondly.
Becky Johns (Beiter)
May 6, 2014
Helvi, on behalf of myself and the WorleyParsons team, our deepest sympathies to you and your family on the loss of your mother. Our thoughts and prayers are with you all.
Randy Karren
May 6, 2014
Tina Barbour
May 6, 2014
So sorry to hear of the passing of your loved one and friend. My thoughts and prayers continue to be with you. May you take comfort in the knowledge she is now in Heaven with God and watching over her family and friends.
Tina Barbour (Westlake)
May 6, 2014
I am so sorry to hear that your Mom passed away. She was a wonderful person and I will always carry with me the found memories of growing up next to the Sandvik family and spending time with Kris at your house. Your mom was always smiling and such a fun mom to be around - maybe because she found such pleasure in serving us her fine Alaskan cuisine :) Your home was always full of such good energy with all of her wonderful kids around. I was blessed to have known her. My thoughts are with your family during this difficult time. God Bless
Carla McKevitt
May 6, 2014
To Ruth's Family. I only knew her for a little while when she came to Anchorage to the Condo, She was a beautiful woman both inside and out and I felt like she was a friend for a long time . I knew Ida and loved her and her family. To Dale, Nellie Curtis and Emory and wonderful Helvi, my thoughts are with you all. I will miss her.too
Marge Hansen
May 6, 2014
A most wonderful person. Rest in peace Ruth and thank you.
Martha Stewart
May 6, 2014
Showing 1 - 30 of 30 results