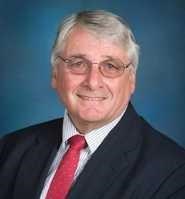 ABOUT
Danbury High School
FUNERAL HOME
Jowdy-Kane Funeral Home Inc
9 Granville Ave
Danbury, CT
Gregg W. Seabury
Gregg William Seabury, husband of Barbara D. Seabury, died on Saturday, November 4, surrounded by his family and loving friends. He was 67 years old. Born to John and Evelyn Seabury in 1949, Gregg took his first breath in the same hospital in which he took his last. After his parents' premature deaths, Gregg was raised with his brother John in the loving foster family of Charles and Gertrude Lewis in Southington, CT.
Gregg was admired and well-respected as a longtime teacher in the Danbury school system including Broadview Middle School, Rogers Park Middle School and Danbury High School. Known to his students as Superman, due to his resemblance to Christopher Reeves. He was the kind of teacher who connected with his students on a personal level and created friendships that would continue throughout their lifetimes.
To many students, he became more than just a teacher; he was a mentor, friend, and constant source of support. After his career in education, Gregg continued to contribute to his community as a Councilman for the city of Danbury for 14 years, a position held until his death. He also served on the Republican Town Committee and Republican State Central Committee.
Gregg is survived by his loving wife of 22 years, Barbara D. Seabury, his brother and sister-in-law John and Carol Seabury, and his sister Barbara Seabury. His "dad" jokes will be sorely missed by his four children: Kori Smyth, Kyleen Dye, Kristy O'Brien, and stepson Brett Phillips. Known as Grandpa, Pappi, or simply Gegg to the little ones who loved him, Gregg will also be missed by his many grandchildren and surrogate grandchildren whom he adored and who thought he was a funny Grandpa who loved to have a good time.
Friends will be received on Wednesday, November 8 from 4:00 to 8:00 p.m. at Jowdy-Kane Funeral Home, 9 Granville Avenue, Danbury. A funeral service celebrating Gregg's life will take place on Thursday, November 9 at 10:00 a.m. at St. Thomas Episcopal Church, 95 Greenwood Avenue, Bethel.
In lieu of flowers, memorial contributions can be made to the Wounded Warrior Project, PO Box 758516, Topeka, KS 66675, online at www.woundedwarriorproject.org; or to the Danbury High School Basketball Scholarship Fund, 43 Clapboard Ridge Road, Danbury, CT 06811.
"I've seen fire and I've seen rain. I've seen lonely days that I thought would never end. I've seen lonely times when I could not find a friend. But I always thought that I'd see you again."-James Taylor

Then it dawned on me, those things that kept us from seeing each other, those are the very things that were made possible because of the way you treated me and took care of me and saw something in me when others had written me off. If it hadn't been for you taking me under your wing and believing in me, who knows what would have happened? I'm certain that I wouldn't be the person I am today.

I owe you a lot, pal. Thanks for everything.
M C
November 6, 2017
So sorry to read about Gregg's passing. My condolences to his family. Gregg and I go back 30+ years. His great sense of humor and infectious smile will always be remembered. Miss you big guy!
Martin Abrams MD
November 6, 2017
Showing 1 - 45 of 45 results