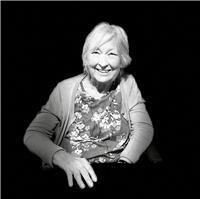 BORN
1936
DIED
2021
Maysel Jean Dunham was born to Gladys and Glenn Dunham in Douglas, Arizona in April of 1936. As a young girl, she and her younger brother Bruce, enjoyed going to the Dodge Phelps copper smelter on summer nights to see the colorful fireworks created by the process. After WWII ended, the family moved to El Centro, California for several years where Maysel attended middle school and became active in Job's Daughters and Camp Fire Girls. In the summers, to escape the desert heat, the family would vacation with friends at Laguna Beach, California.
In 1951, the family moved to Palo Alto, California. Both of Maysel's parents were educators and active in the local community theater.
Attending Palo Alto High School, Maysel also displayed her adept thespian skills, acting in the stage production of "You Can't Take It With You." While baby-sitting, one of her charges was named Macy. Henceforth, her nickname became Macy! Before Graduating in June 1954, her fellow classmates elected Macy as their Class Secretary.

Macy Attended San Jose State College where she met and married her first husband, Gary Foletta. They had two sons while living in Monterey, California, Jon & Mark Foletta. The union dissolved in 1967 and Macy along with her sons moved to Coronado, California. While working at the Navy Federal Credit Union, she met her future husband Gary Weyer, who was on active duty with Underwater Demolition Team #12. They married in July of 1968 and had two daughters, Elizabeth and Rebecca.
During the ensuing years, Macy was able to complete her bachelor's degree in Human and Family Development form Cal Poly, San Luis Obispo. She worked for many years in education and home-health care until retirement. One of Macy's greatest joys were her grandchildren, and she was blessed to be present at all nine of their births and an active part of their lives. She dedicated her life to being active in the Christian Science Church and community. During their 52 years of marriage, Macy and Gary enjoyed extensive travel, including Holland, Sweden, Ireland, England, Mexico, Canada and particularly the Big Island of Hawaii, where they spent many vacations with family.
Macy's gracious presence will be deeply missed. The family takes comfort in knowing that she is continuing her life's work. A memorial celebration of Macy's life will be held at the Dana-Powers House. In Nipomo, California on Saturday, July 17th at 1:00pm.
Published by New Times San Luis Opisbo from Jul. 15 to Jul. 16, 2021.
To plant trees in memory, please visit the Sympathy Store.
MEMORIAL EVENTS
To offer your sympathy during this difficult time, you can now have memorial trees planted in a National Forest in memory of your loved one.
MAKE A DONATION
MEMORIES & CONDOLENCES
0 Entries
Be the first to post a memory or condolences.