LOUIS L. CERUZZI Jr.
1953 - 2017
BORN
1953
DIED
2017
FUNERAL HOME
Spear-Miller Funeral Home
39 South Benson Road
Fairfield, CT
Louis L. Ceruzzi Jr., founder and president of Ceruzzi Properties, a successful real estate development company involved in a number of large-scale real estate projects in Manhattan, died Thursday, August 31, in New York City from a coronary event at age 63. Mr. Ceruzzi was also a successful restaurateur, owning several restaurants in New York City, Nantucket, Boston and Connecticut. The son of Lucille and the late Louis L. Ceruzzi, Mr. Ceruzzi was a resident of Southport, CT. He was born in New Haven and raised in Woodbridge, CT. He received a Bachelor's degree from Georgetown University and a Juris Doctor from New York University School of Law. He began his career as a tax attorney in New Haven, CT in the 1980s, and practiced law for several years before transitioning into real estate development. Mr Ceruzzi is survived by his wife, Terese, of Southport and Nantucket; a daughter, Gabrielle Ceruzzi Healey, and her husband Matthew of Southport; a son, James M. Ceruzzi of New York City; and grandchildren Jackson and Blake. He is also survived by his mother, Lucille Ceruzzi of Orange; three siblings, Dr. William Ceruzzi of West Hartford, Judith Craig of Greenwich and John Ceruzzi of Southport; and several nieces and nephews. A Mass of Christian Burial will be celebrated on Monday, September 11, 2017 at 12pm at St. Thomas Aquinas Church, 1719 Post Road, Fairfield, CT. The mass will be preceded by a wake from 9am to 11:30am in the church devotional chapel. Interment will be private. In lieu of flowers, the family requests that memorial contributions be made to families impacted by Hurricane Harvey and Hurricane Irma, through the American Red Cross.
Published by The New Haven Register from Sep. 7 to Sep. 8, 2017.
To plant trees in memory, please visit the Sympathy Store.
MEMORIAL EVENTS
Sep
11
Wake
9:00a.m. - 11:30a.m.
CT
Sep
11
Mass of Christian Burial
12:00p.m.
St. Thomas Aquinas Church
1719 Post Road, Fairfield, CT
Funeral services provided by:
Spear-Miller Funeral Home
MAKE A DONATION
MEMORIES & CONDOLENCES
Sponsored by Gaby.
26 Entries
Hey, has anyone heard from Jenna?
Kieran
Other
September 26, 2021
All my love with family on this day of remembrance. Cousin Peter ceruzzi. .
peter ceruzzi
September 1, 2020
I believe we should all take a minute and remember the cousin , son, father ,and friend we had in Louis. God bless
peter ceruzzi
September 1, 2019 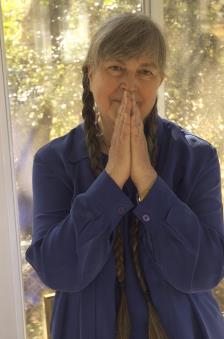 With deepest condolences to your family and friends on the loss Louis L. Ceruzzi, Jr. from Wilda C. Spalding which I only just discovered in 2018 while looking to see what and who were today on my family's A.G. Spalding & Bros. first location at 520 Fifth Avenue, NYC. Be of good courage and strong of heart as you continue his legacy. We have shared an important piece of world history. May we also be leaders for its future. Blessings. Wilda
August 24, 2018
Rest In Peace Lou!
John Knofla
Friend
August 2, 2018
Rest in peace.
Sheila McEnany
Friend
April 19, 2018 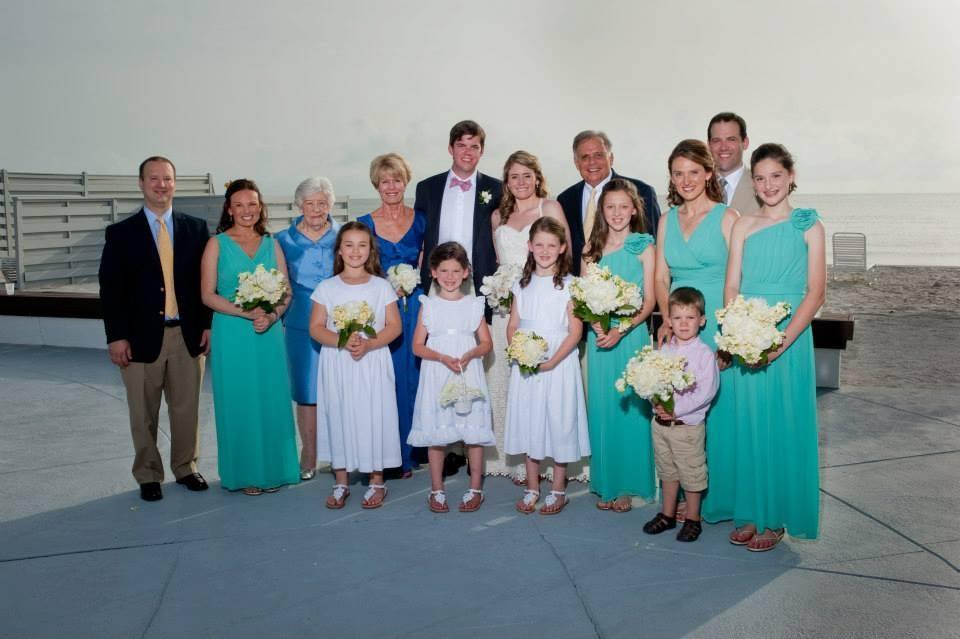 Teresa: I just today was told about the passing of Louis. My thoughts and prayers are with you and your family.Louis was an inspiration in my life and I have many fond memories of him and his organization. He was a leader amongst men, a very fun guy and one of the most brilliant people in business. I think of him often, fully appreciate his savy insight while assisting me in my business during a time of need, and feel grateful that our paths crossed if only for a few years from 85- 92. I fondly remember you and your family during those years and Beth and I have always held you in very high regard. Fondly: Bob and Beth Parker
Robert Parker
February 13, 2018
Louis was a friend throughout law school at NYLS and I kept in touch after he went on to NYU tax program and when he moved to Connecticut. He was always jovial- we had great times in law school He had great practical business insights. My deepest sympathies to his family. Rick Cadenas (NYLS class of 1979).
Rick Cadenas
Classmate
October 7, 2017
May God's loving kindness comfort you and help you through this sad and difficult time. Psalms 119:50,76.
AC
September 15, 2017
To Lucille and Louis's family. Ron and I are deeply saddened by your loss. Although we never met Louis, we always heard such glowing praises about him from Marge Mongillo. Our deepest sympathy and prayers to all during this most difficult and sad time.
Carole Anne Pepe
September 14, 2017
May his memories live on in the hearts and prayers of love ones bringing comfort as he R.I.P and may God bless and comfort grieving family and friends.
September 13, 2017
It is an honor to have known and worked for Louis Ceruzzi. He was interesting and inspiring.
I wish the Ceruzzi family hope and strength
Tony Nirmaier
September 12, 2017
To the Ceruzzi family it is with a heavy heart that i write these words of condolences to his family . Even though Louis and I had just a business relationship the respect that we gave each other was very rewarding for me . I would like to take this opportunity to send my prayers to his entire family and his staff at his firm .
May he Rest In Peace
Barry A Penske
Mercedes Benz of Greenwich

Barry Penske
September 12, 2017
My Deepest Sympathy to the Ceruzzi Family at this time of great sadness. Mr. Ceruzzi always had a smile and a gesture of kindness to all, and his genuine concern for people was apparent in how he treated those of us who worked for him. He will be missed.

Susanne Doris
Susanne Doris
September 11, 2017
To the family of Louis Ceruzzi Jr.: Linda and I are so sorry to hear of your loss. We extend our thoughts and prayers to you, and to Lucille in this difficult time.
Linda & Frank Ceruzzi
September 10, 2017
I am so sorry for your loss. Thoughts and prayers are with you Aunt Lucille and for the family.
Cousin Gloria Jean Ceruzzi Horton
Gloria Horton
September 10, 2017
My aunt Suzanne Barry worked for Mr. Ceruzzi for many years. During her battles with cancer, Mr. Ceruzzi accommodated for my aunt and went above and beyond as her employer. My thoughts and prayes go out to the Ceruzzi Family. With our deepest sympathies, Shana and Kyle Barry & Michael and Brian Shaw.
Shana Barry
September 9, 2017
My Condolence to the Family of someone who will remain a great man and has inspired me through his achievements and kindness which I will always remember.

The times he would stop by the front desk just to speak to the security team I'll always remember. As busy as this man was, how could he find the time to talk and tell a few jokes with us leaving everyone with a laugh and a smile, thank you for that.

I only wanted to let Mr. Ceruzzi know that I finally lost the weight that I promised him I would lose thanks to his encouragement that I could do it.
Andre Whitaker
September 9, 2017
So sorry to hear the news Aunt Lucille, Judy, John, and Billy. My thoughts are with you. Marion Ceruzzi
Marion Ceruzzi
September 8, 2017
To The Ceruzzi Family, My Prayers are with you all and with Aunt Lucille. Cousin Peter Ceruzzi
peter ceruzzi
September 8, 2017 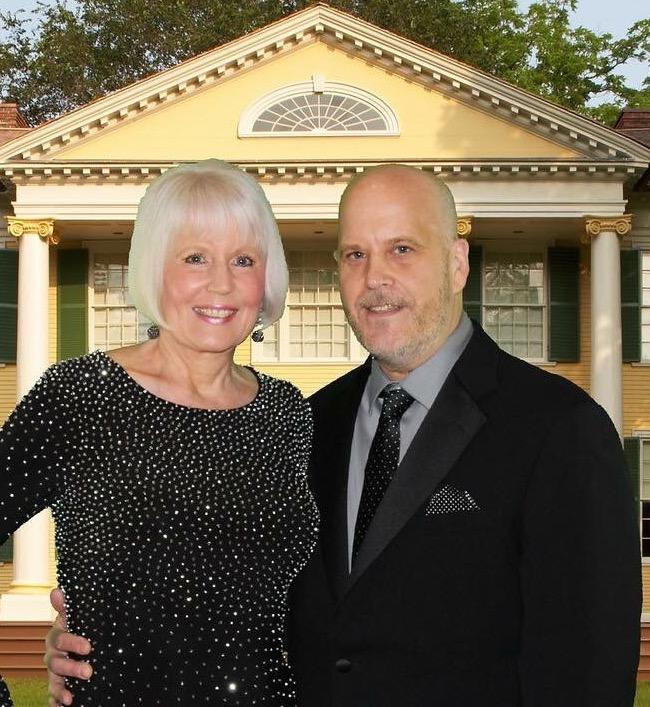 We are very sorry to lean of the passing of my cusin Lewis. Our hearts and prayers our with your whole family. With much love, Roberta & Mark
Roberta Vele
September 8, 2017
Dear Lou, I got my start with you in this business and remain forever grateful for your coaching and advice. I owe you and your legacy a great debt of gratitude and pray for you on this next great journey.My best regards to your family and friends I knew in Connecticut.Bless your soul sir.With honor:Nicholas k. Koulpasis
Nicholas Koulpasis
September 8, 2017
So sorry for your loss. Mary Ceruzzi Maratea Guilford, CT
Mary Maratea Ceruzzi
September 8, 2017
My condolences to the Ceruzzi family and friends. We have to take comfort in the scriptures and do as Paul said " Let the peace of Christ rule in your heart". Colossians 3:15
W B
September 8, 2017
Offering our deepest condolences during this time.
The Staff of Spear-Miller Funeral Home
September 8, 2017
great friend may God bless the king very sad what a loss
mark fasano
Friend
September 7, 2017
Showing 1 - 26 of 26 results