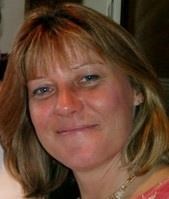 BORN
1960
DIED
2021
FUNERAL HOME
Swan Funeral Home
80 East Main Street
Clinton, CT
Nancy Rae (Peterson) Dunn
Nancy Rae (Peterson) Dunn 60, of Clinton, CT died on July 19th, 2021 at Middlesex Hospital, after a courageous two plus year battle with lung cancer.
Nancy was born in McKeesport, PA on October 25, 1960. Her family moved to Clinton, CT in 1965. Nancy made Clinton her exclusive hometown for the remainder of her life. Nancy is survived by her husband Jeremiah "Jerry" Dunn, as well as daughters Jamie Miller (Geoff) of North Haven, and Jessica Ryan of Clinton. She is also survived by brothers Mark Peterson of Manchester, and Neal Peterson of Clinton, as well as sisters Kristen Jones (Jonathan) of Williamsburg, VA., and Terri Brockett of Plant City, FL. She is also survived by her two grandchildren Jonas and Claire Miller of North Haven, CT. She was predeceased by her parents, Robert Peterson and Emily "Tommie" Peterson, as well as a brother Eric Peterson.
Nancy was a member of the Morgan School class of 1979. Nancy's passion in life besides her family, was her love and affinity for animals! Early in life she was an avid equestrian, riding horses whenever the opportunity presented itself. As a teenager Nancy (who didn't always play by the rules) repeatedly sneaked out of the house to visit a nearby stable where she would tend to the horses in anyway she could. Whether it be cleaning stalls, brushing horses, turning out the horses, or feeding them, Nancy did it what it took, all in the hope of getting the chance to take one of the horses out for a ride! Throughout her life, Nancy would routinely repeat this quote, "The horse is God's most beautiful creation on the entire earth!"
Nancy's love for animals didn't end at the horse barn, she loved all species of animal! However, she was also an avid "dog person," having numerous pet dogs throughout her life! Bringing home strays was not uncommon, but not a day went by that Nancy was without a dog (or six) as a pet! Later in life Nancy became enthralled with the canine sport of "Schutzhund." Nancy competed and showed several of her prized German Shepherd dogs all over North America and Germany, excelling in the sport, and winning multiple titles with several of her prized dogs. This passion and love of the German Shepherd breed lead Nancy to take on a new adventure. In 2013 Nancy, along with Jerry, Neal and Jessica operated a hobby breeding kennel out of their home on Old Post Road, that was simply known as "Old Post Shepherds!" For nearly eight years, dozens of litters were born in her home, and Nancy was able to share her passion for German Shepherd dogs with the multiple families from all over the United States that received a German Shepherd puppy (or two) from her breeding program. Or as Nancy would like to say to her clients, "you're not just getting a German Shepherd puppy, but you're getting an "Old Post" German Shepherd puppy!" Old Post Shepherds earned and established an excellent reputation as being a highly reputable, top notch German Shepherd breeding kennel in all of New England! That reputation was earned as direct result of Nancy's amazing operation of the program! Unfortunately, Nancy's illness lead to the breeding program having to shut down in fall of 2020.
Nancy worked very hard throughout her adult life working multiple jobs simultaneously for many years. For nearly two decades Nancy was a single mother who put her daughters needs before her own, and worked endlessly to provide for her daughters! She was the consummate "Mama Bear," willing to do whatever necessary to protect her girls! She worked as a paralegal for over thirty years having worked for several different attorneys in Middlesex and New Haven counties. The bulk of that time was spent working for the Gallagher Law Firm of New Haven. She was also a waitress in many shoreline restaurants. For the last 30 plus years she was a dedicated independent contractor delivering newspapers 365 mornings a year, and those mornings started every day at 3:00 am! It didn't matter if it there was a blizzard or a hurricane, or if Nancy was was ill, she answered the bell without fail and was out every morning delivering the paper! Chances are if you lived in Clinton, and received a home delivered newspaper over the past 30 years, Nancy probably delivered it to you!
Calling hours will be held on Saturday, July 31st, 2021 at Swans Funeral Home 80 East Main St., Clinton, CT from 9:00am until 12:00pm, a memorial service will be held immediately after the calling hours at the funeral home. Burial will be private. In lieu of flowers contributions may be made in her honor to Clinton Volunteer Fire Department Ambulance Division, 35 East Main St., Clinton, CT 06413. Funeral arrangements are entrusted to Carl Swan and Hamden Memorial Funeral Home 1300 Dixwell Avenue Hamden. Condolences may be expressed at Hamdenmemorialfuneralhome.com.

Published by The New Haven Register on Jul. 24, 2021.
To plant trees in memory, please visit the Sympathy Store.
MEMORIAL EVENTS
Jul
31
Calling hours
9:00a.m. - 12:00p.m.
Swans Funeral Home
80 East Main St., Clinton, CT
Jul
31
Memorial service
12:00p.m.
Swans Funeral Home
80 East Main St, Clinton, CT
Funeral services provided by:
Swan Funeral Home
MAKE A DONATION
MEMORIES & CONDOLENCES
Sponsored by NHRegister.com.
2 Entries
I am so sorry hear about Nancy. I knew her at Morgan School. I am from class of 1976. I will pray for Nancy and family that everybody be all right. I f anything I can do call me. This is name and address and phone number list below Dawn Blake 216 Winthrop Ave New Haven Ct 06511 phone number is 203 7761934 God be with at this time.
Dawn Blake
July 25, 2021
Dear Jerry & Family, So sorry for your loss,may you find peace and comfort in the many wonderful memories you have, Love Ralph & Jen
Ralph & Jennifer Filippelli
Other
July 24, 2021
Showing 1 - 2 of 2 results