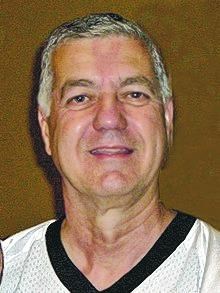 ABOUT
Redemptorist High School
FUNERAL HOME
E.J. Fielding Funeral Home & Cremation Services
2260 W. 21st Avenue
Covington, LA
Calvin August Klein passed away on Wednesday October 27, 2021 at the age of 72. Calvin was the beloved husband of Deborah Thibodeaux Klein for 45 years. He was the beloved father of Shannon K. Bordes (David Bordes, Jr.), Kristen K. Chabreck (Cameron) and Calvin A. Klein, II (Nicholle), Calvin is also survived by his brother Keith A. Klein. Calvin was survived by 7 grandchildren: David, Chloe, Cameron, Cooper, Brody, Callie and Emry. He was preceded in death by his parents, Wallace Klein and Marion Theresa Delaune Klein. Calvin "Coach Cal" Klein was a New Orleans native that attended Redemptorist High School where he created lifelong friendships. Calvin graduated from Nichols State University with his bachelor's in business administration and went on to become the successful owner of Calvin Klein Mobile Homes, a local landmark in Covington for 34 years. He served as the Commissioner and was a member of the Board of Directors for the Louisiana Manufacturing Housing Association for 3 governors' terms. In his spare time, Calvin dedicated his talents to coaching youth sports at Pelican Park. He enjoyed developing athletes' skills, as well as, fostering relationships and mentoring those he coached. He was inducted into the Pelican Park Coaches Hall of Fame in 2016. Calvin was also a health-conscious fitness enthusiast that spent 6 days a week in the gym. He even competed in body building competitions before developing ALS. Calvin was blessed with vocal talent and had a passion for singing. He sang with the St. Timothy choir and local vocal ensemble. On Sundays, Calvin could be found cheering on his favorite NFL team, the New Orleans Saints, from his seat in the Super Dome or his sofa at home. Those who knew him well, regard Calvin as a friendly, generous, die-hard Saints and LSU baseball fan, as well as an avid supporter of Team Gleason. In his later years, Calvin could be found sporting an "ALS Sucks" pin on his lapel to help open the conversation about his disability and bring awareness to ALS. Most importantly, Calvin was a devoted family man and faithful follower of Jesus Christ. In lieu of flowers, donations may be made in Calvin's memory to Team Gleason Foundation, via their website at teamgleason.org or by mail at Team Gleason Foundation, PO Box 24493, New Orleans, LA 70184. Relatives and friends are invited to attend the Funeral Services at St. Timothy United Methodist Church, 335 Asbury Drive, Mandeville, LA 70471 on Tuesday, November 9, 2021 at 5:00 p.m. with visitation beginning at 4:00 p.m. until service time. A Celebration of Life will be held at the Fleur-de-lis Center, 1645 N. Causeway Blvd., Mandeville, LA 7471 immediately following the service. Interment will be in Pinecrest Memorial Gardens Cemetery, 2280 West 21st Avenue, Covington, LA 70433, at a later date. E.J. Fielding Funeral Home has been entrusted with the arrangements. Please sign the E.J. Fielding Funeral Home online Guest Book at www.ejfieldingfh.com.

Published by The Times-Picayune from Nov. 6 to Nov. 9, 2021.
To plant trees in memory, please visit the Sympathy Store.
MEMORIAL EVENTS
To offer your sympathy during this difficult time, you can now have memorial trees planted in a National Forest in memory of your loved one.
Funeral services provided by:
E.J. Fielding Funeral Home & Cremation Services
MAKE A DONATION
MEMORIES & CONDOLENCES
Sponsored by E.J. Fielding Funeral Home & Cremation Services.
4 Entries
Sorry for the family loss. I will always remember Calvin and his brother Keith from Bowlarama bowling alley in the 1960's.
John Becker
Other
November 7, 2021
Offering our deepest condolences during this difficult time.
The Staff of E.J. Fielding Funeral Home
November 6, 2021
Deepest sympathy, he will be missed by all who knew him. Was a great family man and a good friend.
Byron and Linda Ray
Family
November 5, 2021
May your hearts soon be filled with wonderful memories of joyful times together as you celebrate a life well lived.
darryl I woods
School
November 5, 2021
Showing 1 - 4 of 4 results