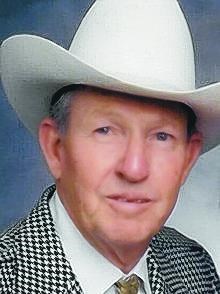 FUNERAL HOME
Audubon Funeral Home and Cremation Services
61101 Highway 11
Slidell, LA
It's a Wonderful Life! Oren Ray Jones was born in 1925 to Zula Covey Jones and Luke "Tex" Jones in Texas. He honorably served in the Navy in WWII and the Korean Wars. While in the Navy, he married a young beautiful widow named Madelyn Biggio Ryan. She had three children, Dr. Robert E. Ryan III, Suzanne Ryan Waguespack (deceased), and Diane Ryan Holt. Together Ray and Madelyn had two children named Lise Jones Naccari (husband, Craig Paul Naccari) and Roger Travis Jones (wife, Elizabeth Pizola Jones). Ray was stationed in Hawaii where the whole family enjoyed the Hawaiian life. Hawaii was always a big part of the Jones family. After the Navy, Ray moved the family to Madelyn's hometown of New Orleans, Louisiana, there he graduated from Tulane University. For many years he was a salesman and raised the family uptown in New Orleans on Vincennes Place. Ray was adventurous and loved to travel to Texas and other family trips in the Winnebago. He was an outgoing, vivacious, fun loving guy with a happy disposition. He had a real zest for life and a great sense of humor. Ray was a family man. With the family, he loved sailing and fishing in the motorboat on Lake Pontchartrain. Together with the family, they spent many hours at the boathouse with Aunt Norma and Uncle Mo Glynn, eating crawfish, crabbing and had many Hawaiian teriyaki cookout celebrations. Ray and Madelyn also loved the country where they spent weekends with the kids and the horses at the ranch in Mississippi. Ray was a real cowboy at heart and loved hunting, the great outdoors, guns, and organizing family shooting contests. Ray loved dressing up the whole family for Mardi Gras parades, they were usually clowns. They had enjoyed fun celebrations like Mardi Gras Balls, LSU vs. Tulane Football Game Parties, family card games with cousins, and Christmas and New Year's Eve parties. In the 80's, Ray and Madelyn moved to Ventura, California to be near Bobby and the kids where they said it was like moving to paradise! They loved their life in Ventura. Ray and Madelyn were married 49 years, when in 2002 Madelyn passed away. Ray was a devoted and loyal husband and you could just tell they dearly loved each other. After Madelyn died, a close friend and neighbor for many years, Miss Josie Wyman, became a constant companion and friend for Ray. They were great company for each other. But after some physical troubles in 2018, Ray moved to Reno, Nevada to be close to his son Travis and Elizabeth Jones. There he received much love and care from his son Travis, who became a wonderful caregiver for Ray. Ray peacefully passed away on November 27, 2020 with Travis and Lise by his side, the last words he heard from them were I love you. Ray was 95 years old. Ray loved his family, his grandchildren, Christie Naccari Beason (Josh Beason), Dana Naccari, Dr. Craig Paul Naccari Jr. (Emily Naccari), Michael Ryan (Lisa Ryan), Jessica Ryan, Mathew Ryan, Kenneth "Chip" Waguespack (Jennifer Waguespack) Ryan Waguespack (Emily Waguespack), Rob Holt (Andrea Holt), and Meredith Holt Crigler (Tim Crigler) and great-grandchildren, Austin Breazeale, Jordan Mullin, Hunter Beason, Ava Adams, Hailey Waguespack, Evan Waguespack, Cameron Waguespack, Kelen Waguespack, Madeline Holt, and Olivia Holt. Oren Ray Jones was blessed with a long, wonderful life. He will be sadly missed by all those who knew and loved him. May he rest in peace. Due to Covid, there was no service for him at his time of passing, so therefore, in honor of Ray Jones, there will be a Celebration of his Life Memorial Service on Saturday, June 5, 2021 at Audubon Funeral Home located at 61101 Hwy. 11 in Slidell, Louisiana from 1:00 p.m. to 2:00 p.m. with a prayer service at 2:00 p.m. and a reception to follow. In lieu of flowers, donations in memory of Ray Jones can be made to CBIB - Compassionate Burials for Indigent Babies at P.O. Box 778, Lacombe, La. 70445 http://www.cbibinc.com The proceeds will support the mission of CBIB, to help indigent families bury their babies. Memories and condolences may be expressed at www.AudubonFuneralHome.com.