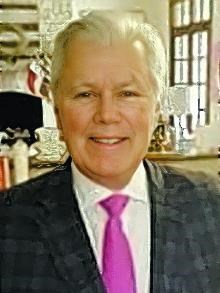 BORN
1949
DIED
2022
FUNERAL HOME
Lake Lawn Metairie Funeral Home
5100 PONTCHARTRAIN BLVD
New Orleans, LA
Richard Madison Keeney died Jan. 10, 2022. Surviving are two children, Sean M. (Trish) and Amy Grissen (Justin); his brother, Michael (Liz) and his grandchildren, Christian (Olivia, betrothed), Mason Couch (Jacalyn), Carson Speaks (Jackson), Charlie, Ruthie Grissen and Greer Grissen, to whom he was "Daddy Keeney". He also had numerous cousins, nephews and nieces who all loved him dearly. Born Oct. 4, 1949, in Ironton, Ohio, he was a graduate of Bel Air High School in Baltimore, MD and Virginia Commonwealth University, where he majored in Art Education. He was a former salesperson with Equitable Shipyards and Capital Valve & Fitting Co., founder of several businesses including Forever Cookware, FireStop International, and Lifetime Construction. He was a past owner and former Chairman of Walle Corp. Since 1975, Richard was owner and President of J.T. Gibbons, which he grew to become an international export company, Gibbons International, doing business in the Middle East, Central and South America and parts of Europe where he frequently traveled. He moved to New Orleans in 1972 and called it home. He was an avid golfer and longtime member of New Orleans Country Club. He was a Master Mason in Louisiana Lodge #102 F.&A.M., a 32nd Scottish Rite Mason in the New Orleans Scottish Rite and a Noble in the Jerusalem Shrine Club. Richard was a brother, father, grandfather, cousin, uncle, and friend. His skill at telling jokes and positive outlook was sure to lift the spirits of all with whom he crossed paths. He was always helpful to a friend in need with words of advice. He will be greatly missed. In May, Richard was baptized as a public profession of his faith in Jesus Christ as his Lord and Savior. After a courageous battle with cancer, we rejoice that he is finally healed and at home with his Heavenly Father. The family wishes to give special thanks to the doctors, nurses and staff of Tulane Hospital and Cancer Center for their loving care as well as Richard's many friends that prayed for and supported him throughout his treatment. In lieu of flowers, the family encourages donations in Richard's honor be made to the American Cancer Society or Shriners Hospitals for Children. His remains will be interred at Lake Lawn Metairie Cemetery's All Saints Mausoleum with his father (Cecil) and mother (Ruth), who preceded him in death.

Published by The Times-Picayune from Jan. 14 to Jan. 19, 2022.
To plant trees in memory, please visit the Sympathy Store.
MEMORIAL EVENTS
To offer your sympathy during this difficult time, you can now have memorial trees planted in a National Forest in memory of your loved one.
Funeral services provided by:
Lake Lawn Metairie Funeral Home
MAKE A DONATION
Please consider a donation as requested by the family.
MEMORIES & CONDOLENCES
Sponsored by Lake Lawn Metairie Funeral Home.
8 Entries
I miss you already!!
Loretta Holmes
January 19, 2022
I met Richard after Katrina and we worked together on legal matters. He always demonstrated fairness and extended mercy even to those who may not have deserved or earned such treatment. He was proud of and thankful for his family about whom he often spoke. It is truly comforting to know that Richard was baptized as confirmation of his Faith. May the Good Lord grant peace and healing to his family. Larry Roedel
Larry Roedel
Work
January 19, 2022
Richard was one of the first friends I made when I moved to New Orleans in 1978. We had so many fun adventures starting at rock creek apts to his home on Rosa. He Marsha Bohrer reminded friends right until the end. I will miss him and I know he´s telling a good joke somewhere. Rest In Peace. I was happy to have known you
Nancy iovino
January 18, 2022
Richard and I shared friendship with our involvement of being in the same line of business and with time spent at Firestop Contractors international Assoc. conferences and both being on the board of that association together for many years.Such a fun loving gentleman who always carried a smile and kind word. So glad he gave his heart to the Lord in his final days so now I can be assured I will be with him again one day.
Don Sabrsula
Friend
January 17, 2022
Will always remember you for many reasons. Fun guy, loyal to all he knew. You were the first to brazenly wear jeans to BelAir High school in our Sr.year. Was a no no. Always a leader you were. RIP Richard
Janis Cochran-Thomas
School
January 17, 2022
We are so sorry to hear about Richard's death. I know he is at peace with his family in Heaven. We always remember our times with the Keeney familty in Destin.
Kay Monroe
Friend
January 17, 2022
Michael -My heartfelt sympathys to all the Keeney family. I will always remember his true friendship and larger than life personality
Mickey Palmer
January 16, 2022 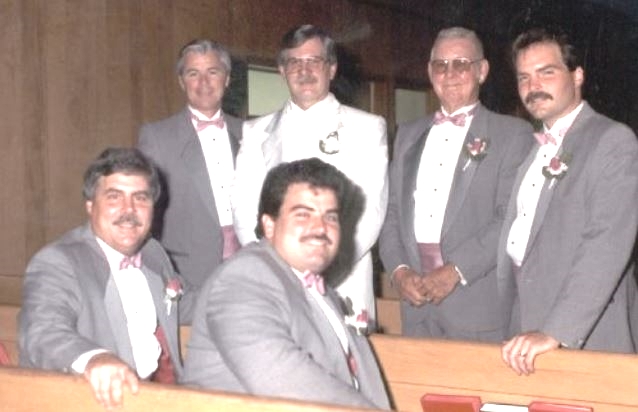 Richard, you were a very kind a great person. You were a groomsman in my wedding in 1990. May god make you his special angel. RIP Brother
Michael Aston
Friend
January 14, 2022
Showing 1 - 8 of 8 results