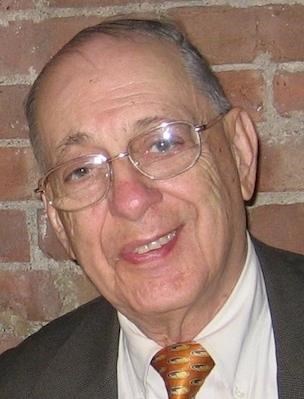 Dr. Weiss, Distinguished Service Professor of Communications Emeritus at New Jersey City University, (fka Jersey City State College), had a profound influence on literacy as an internationally recognized expert in the field of children's and adolescent literature. He taught at NJCU for 33 years before retiring in 1994. In 2006, NJCU dedicated the M. Jerry Weiss Center for Children's and Young Adult Literature in his honor.

As one of the most influential voices in education, Dr. Weiss inspired thousands of teachers. He encouraged educators to employ film, theater and humor and to expand reading lists to include contemporary as well as classic literature. He was respected by teachers around the world who used his unique methods of teaching to successfully spark the love of reading in their students. He also discovered and promoted numerous children's and young adult authors, guiding many of them in the development of their work.

Dr. Weiss was born in Oxford, N.C. He served as a Navy signalman in WWII. He graduated from the University of North Carolina, Chapel Hill and earned his M.A. and Ed. degrees from Teachers College, Columbia University. He taught English, language arts, and reading in secondary schools and colleges, including The Rhodes School in NYC, Pennsylvania State University, Defiance College and NJCU. He held leadership positions in the NJ Reading Association, the National Council of Teachers of English and the International Reading Association. He was also a leader in the fight against censorship.

The New Jersey Reading Association presents an annual "M. Jerry Weiss Book Award," affectionately known as "The Jerry." Established in his honor in 1993, the award is given to a children's or young-adult author selected by students throughout the state of New Jersey.

He wrote, co-authored and edited dozens of anthologies of humor and drama, intended for the classroom. These include Guidance Through Drama, Tales Out of School, The American Way of Laughing and The Signet Book of American Essays. Dr. Weiss contributed to many professional journals and publications. He understood that laughter and humor are basic human needs for living one's life, but also important tools for teaching.

Jerry's integrity, wit and commitment to helping others resulted in longtime friendships with many people he met over the years, including his former students. He greatly enjoyed travel - his profession and his desire to see the world took him to every state and many international destinations. When he couldn't bring his children along on his trips, he wrote letters home on a regular basis. He shared his passion and deep knowledge of theatre and film with his family by bringing them to see plays from a very young age and was thrilled to join the Executive Board of Montclair's The Whole Theatre Company. Dr. Weiss served on the Board of the Montclair Public Library and was a past-president of Congregation Shomrei Emunah. He was a whiz at Scrabble, and if you beat him at the game, it was only because he let you.

Donations can be made in his memory to Congregation Shomrei Emunah, 67 Park Street, Montclair, NJ 07042 or to the NJCU Foundation Earmarked for the M. Jerry Weiss Center at 2039 Kennedy Boulevard, 103 Grossnickle Hall, Jersey City, NJ 07305 or any literacy or social justice organization of your choice.


Published by Montclair Times from Mar. 23 to Apr. 8, 2021.
To plant trees in memory, please visit the Sympathy Store.
MEMORIAL EVENTS
To offer your sympathy during this difficult time, you can now have memorial trees planted in a National Forest in memory of your loved one.
MAKE A DONATION
MEMORIES & CONDOLENCES
1 Entry
Dr. Weiss was a great inspiration to me in my 50+ years in education. I am grateful for his influence on me and generations of literacy educators.
Jim Nichols
Coworker
April 1, 2021
Showing 1 - 1 of 1 results