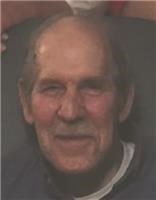 A graveside service for Mr. Drummond will be conducted at 2:00 P.M. Monday, October 18, 2021, at Riverview Cemetery with Pastor Wayne Racey officiating.

Mr. Drummond was born in Shenandoah County, VA on April 9, 1938, a son of the late Jesse James and Adra Pearl Nichols Drummond. He was a 1957 graduate of Strasburg High School and worked as a self-employed painter. He loved hunting, antique collecting, cars, and camping.

In addition to his parents, he was preceded in death by a sister and five brothers.

The family suggest that expressions of sympathy be in the form of memorial contributions to Laurel Hill Christian Church, 378 Laurel Hill Way, Lebanon Church, VA 22641.

You may sign the guestbook and submit condolences to the family online at www.stoverfuneralhome.com.