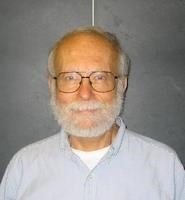 Arthur P. Mattuck of Brookline, MA passed away on October 8, 2021, at the age of 91. He was an Emeritus Professor of Mathematics at MIT, and his field was algebraic geometry. He received the A.B. from Swarthmore College in 1951, and the Ph.D. from Princeton University in 1954. He started at MIT as a C.L.E. Moore instructor in 1955, following an NSF postdoctoral fellowship at Harvard. He joined the faculty in 1958 and retired in 2010 but continued to teach through fall 2019.

Arthur was recognized as one of MIT's most effective and innovative lecturers, and was committed to teaching excellence. He held the Class of 1922 Professorship Chair from 1973 to 1991, which funds innovation in teaching. In 1981 he produced the booklet, "The Torch or the Firehose: A Guide to Section Teaching," as a guide to recitation teaching at MIT. Written in an informal, good-humored style, it soon became a standard reference across the Institute and at other universities. In 1989, Arthur received the School of Science Teaching Prize for Excellence in Teaching Education. In 1992, he was named a Margaret MacVicar Fellow, which "recognizes faculty who have made exemplary and sustained contributions to the teaching and education of undergraduates at MIT." In 1998 he published a textbook, "Introduction to Analysis", which provides a gentle and readable introduction to proofs for students of calculus advancing to real analysis. He chaired the Undergraduate Committee 1972-1979 and 1982-1984, and served as Department Head of the Mathematics Department 1984-1989. He served two terms on the Council of the American Mathematical Society. In 2013, he was made an AMS Fellow in its inaugural class of Fellows.

Arthur was an avid gardener – he grew flowers, berries, and vegetables at the Fenway Victory Gardens for 55 years, always devising new ways to outsmart the rabbits that loved to devour his produce. He loved to cook and produced memorable six-course holiday meals. A dedicated and talented musician, he played chamber music regularly, and always provided a homemade dessert. He played cello or piano in the Math Department Music Recital almost every year since its inception. A master of languages, he taught himself Italian to teach summer school in Italy, and Danish to communicate with his nephews. He liked to read and interpret poetry, often participating in the poetry seminars during the MIT Independent Activities Period (IAP). He was a big fan of the Metropolitan Opera, and enjoyed hiking in Aspen and Santa Fe.

Arthur is survived by his daughter Rosemary and her partner Jeffrey Broadman, and three nephews (Allan, Robin, and Martin). He was pre-deceased by his brother Richard, a physicist. A memorial service is being planned for a future date.
Published by New York Times from Oct. 15 to Oct. 16, 2021.
To plant trees in memory, please visit the Sympathy Store.
MEMORIAL EVENTS
To offer your sympathy during this difficult time, you can now have memorial trees planted in a National Forest in memory of your loved one.
MAKE A DONATION
MEMORIES & CONDOLENCES
Sponsored by ROSEMARY MATTUCK.
1 Entry
May my condolences bring you comfort and may my prayers ease the pain of this loss.
Rodrigo Montes ( from Brazil)
October 17, 2021
Showing 1 - 1 of 1 results