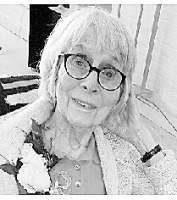 ALLEN--Deborah, 90, died peacefully at home July 13 after a short illness. She leaves her husband of 66 years, Oliver Allen; her children Frederick Allen, Henry Allen M.D., Lili Allen and Jennie Dwight Allen; her grandchildren Lindsay Allen, Benjamin Allen, Elizabeth Murphy, John Murphy and Matthew Morgan; and her great-grandchildren Steven Jupiter Allen and Olivia Allen. A graduate of Smith College, class of 1946, she served as co-founding editor of Industrial Design Magazine in the early 1950s. In 1971 she joined the administrative staff of the College for Human Services (later renamed the Metropolitan College of New York), serving as a key aide to that institution's founder, Audrey Cohen, and helping to create and define the institution's unique educational program. After her retirement from that post she was elected a member of the College's Board of Trustees, which came to value her wise judgment and progressive thinking. Concluding her service on the board recently, she was awarded an Honorary Doctor of Humane Letters by the College on June 14 of this year. A memorial service will be scheduled for a few weeks from now.

Published by New York Times on Jul. 15, 2014.
To plant trees in memory, please visit the Sympathy Store.
MEMORIAL EVENTS
To offer your sympathy during this difficult time, you can now have memorial trees planted in a National Forest in memory of your loved one.
MAKE A DONATION
MEMORIES & CONDOLENCES
2 Entries
To the family I send my deepest sympathy,
70 years is our life time and 80 years with special mightiness.( Psalm 90:10) was blessed with years of special mightiness. May your hearts soon be filled with wonderful memories as you celebrate a life well-lived.
Psalm 83:18, Job 33:4, John 17:1-3
July 19, 2014
To the family of Deborah Allen, Please accept my sincere condolences for your loss. It is always hard to lose a love one. May you find solace in the wonderful memories shared. And may the God of all comfort give you peace at this most difficult time. 1 Cor. 1:3
Phyllis
July 15, 2014
Showing 1 - 2 of 2 results