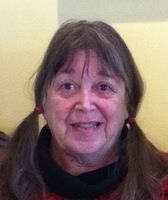 Dilys Winn, the pioneering writer, editor, and bookseller who more than any other single figure came to define modern mystery fandom, died on February 5 in Asheville, North Carolina. Dilys was born in Dublin on September 8, 1939, and came to the United States in December 1940, leaving behind her father, who after completing medical school at Trinity College and becoming a physician in Dublin, served throughout World War II in the British army. She attended public schools in Perth Amboy, New Jersey, and graduated from the Baldwin School in Philadelphia and Pembroke College before becoming an advertising copywriter.

In 1972, Dilys opened the doors of Murder Ink, America's first bookstore devoted entirely to mysteries. In 1975 Dilys sold the bookstore and began work on Murder Ink, an oversized collection of essays and opinions about mystery fiction. Murder Ink was not the first publication aimed specifically at mystery fans, but Murder Ink immediately became the indispensable companion for the mystery community, which it went far to create. It was especially noteworthy for the range of material it included, from the editor's reminiscence of having tea with Frederic Dannay, the surviving partner of the cousins who had written as Ellery Queen, to her interview of novelist Donald Downes, a former OSS member who answered an advertisement she placed in The New York Times's Personals column inviting anyone willing to talk about the profession of spying to contact her.

Dilys's voice was even more influential. Witty, facetious, confident, well-informed, opinionated, often acerbic, but never snobbish, it established a chatty, appealing persona for a generation of fans who followed her in rescuing mystery fiction from both the gutter and the academy.

The Mystery Writers of America conferred a Special Edgar Allan Poe Award on Murder Ink in 1978. A sequel, Murderess Ink: The Better Half of the Mystery, followed in 1979, along with a television movie, Murder Ink, starring Tovah Feldshuh as a mystery bookstore owner the following year.

In the 1990s Dilys moved to Key West, Florida, and opened another bookstore, Miss Marple's Parlour, where she sold mysteries and orchestrated one-night mystery shows. By then she had already begun a long period reviewing mysteries for Kirkus Reviews, where she eventually passed judgment on hundreds of titles before retiring from Kirkus in 2013.

The most important organizations Dilys influenced preceded her in death. The bookstore she founded, years after moving to Broadway and 92nd Street, closed its doors at the end of 2006. The Dilys, the annual award the Independent Mystery Booksellers Association established in 1992 for the mystery book its members had most enjoyed selling that year, was last conferred in 2014. The passing of both the award and the bookstore marked the dramatic decline in the number and financial health of independent bookstores across America-an institution with which Dilys remained powerfully identified for a generation.

She is survived by her cousins, Lisa Cowen of Key West and Richard Levinson and Susan Newman of Sergeantsville, New Jersey.
Published by New York Times from Mar. 3 to Mar. 4, 2016.
To plant trees in memory, please visit the Sympathy Store.
MEMORIAL EVENTS
To offer your sympathy during this difficult time, you can now have memorial trees planted in a National Forest in memory of your loved one.
MAKE A DONATION
MEMORIES & CONDOLENCES
4 Entries
I just heard today of Dilys passing. She was a great friend to my mother. She will be missed. Condolences to the foamy.
Sharon
Sharon Lutz
May 6, 2016
A loss to the mystery community. My sincere comdolences.
Marni Graff
March 11, 2016
Sincere condolences, may God bless and comfort mourning ones by means of prayers and memories as she R.I.P
Susan
March 6, 2016
God is good and merciful, he has given us the wonderful hope of life without end at last. John 3:16. Annie C.
March 4, 2016
Showing 1 - 4 of 4 results