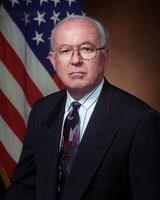 BORN
1937
DIED
2021
1937 - 2021
Dr. Edwin A. Deagle Jr. passed away on February 16th, 2021 in Tampa, Florida after an extended illness. Ed is survived by his sister Judy, son Ed and three grandchildren (Catherine, Connor, and Kendall). He was predeceased by his wife Judy and his younger son Michael.

His first tour after graduation was on the border between East and West Germany where his oldest son was born. Ed then returned to the United States to attend Harvard University for his master's degree and his Ph.D. in economics. His second son, Michael, was born while Ed completed his graduate studies.

After completing his degrees, Ed then deployed to Vietnam in 1968 where he served in the 2nd Battalion, 60th Infantry Regiment, 9th Infantry Division as the Battalion XO. After Vietnam, Ed returned to West Point where he served as a political science instructor.

Ed resigned from the military in 1972 and left West Point after becoming disillusioned with the Army's response to the My Lai massacre. During his career he received two silver stars, four bronze stars including a V device, and a purple heart. Ed also earned his Combat Infantryman Badge, Ranger Tab, and basic Parachutist Badge. Despite his eventual resignation, Ed still viewed his military career as the formative experience of his life.

After leaving the military, Ed joined the Urban Institute in Washington, DC and then helped establish the Congressional Budget Office. He served on the presidential transition team of Jimmy Carter in the fall of 1976 and then moved to New York to become deputy director of the international relations program at the Rockefeller Foundation. Ed often commented on how much he enjoyed his time at the Rockefeller Foundation.

Ed was nominated to be Under Secretary of the Air Force in the Department of Defense but was instead appointed by William Perry as a special assistant. In 1997 Ed and Judy formed a strategic business consulting company where they continued to work until retiring to Colorado in 2005. After Judy's death in 2017, Ed moved to Tampa, Florida to be closer to his oldest son.

Funeral services will be scheduled in the future at Arlington National Cemetery. Donations to the Task Force Dagger Foundation (www.taskforcedagger.org) in lieu of flowers are appreciated.

Published by New York Times from Feb. 18 to Feb. 19, 2021.
To plant trees in memory, please visit the Sympathy Store.
MEMORIAL EVENTS
To offer your sympathy during this difficult time, you can now have memorial trees planted in a National Forest in memory of your loved one.
MAKE A DONATION
MEMORIES & CONDOLENCES
Sponsored by Edwin Deagle.
3 Entries
Great American. Great man.
Jeffrey Couch
March 9, 2021
Ed was the best instructor I had at West Point, taught in parables of service and policy, and had a profound influence on my decision to attend public policy graduate school as well as the direction of my professional life....

Tom Mannle, Class o 1971
Tom Mannle
Student
February 23, 2021
Many fond memories from CFR in NY, our travels together to Europe and times together with wives in Old Town
Jeff Levy
Friend
February 21, 2021
Showing 1 - 3 of 3 results