Grounded in love of Nature and strong ethical sense of fairness, Larry began his career as Zone Forester for Ontario, after serving as a Royal Navy pilot in WWII and studying Forestry at University of Toronto. Exposure to the horrors of war and this early connection to forests in the working landscape shaped the rest of his life.

MS- NY State College of Forestry; PhD- University of Michigan; Post-Doctoral Studies- University of California, Berkeley. At Cornell's Department of Natural Resources (1951-80) he was an exceptional educator, advisor, and pioneer of courses in forest ecology, watershed studies, interdisciplinary collaboration, and international resource issues. In the early 1970s, Larry produced one of the first documentations of tropical rainforest deforestation (Venezuela) and mangrove destruction (Trinidad).

1980-93 as Senior Fellow/Environment and Policy Institute, East-West Center, Honolulu, Larry's cutting-edge themes and infectious collegiality made him a productive convener of workshops throughout the Asia-Pacific region. He wrote/co-authored/facilitated hundreds of applied conservation publications.

Member of the World Commission on Protected Areas of IUCN (International Union for the Conservation of Nature) since the 1970s, he led the Mountain theme for almost 25 years. In 1992 he created the quarterly newsletter Mountain Protected Areas UPDATE (distributed worldwide), which he edited until 2015. He and a small band of fellow scientists created a call to action for mountain conservation which was presented to the 1992 United Nations Earth Summit and became the basis for the mountain chapter in Agenda 21. He championed tropical montane cloud forests, corridors of ecological connectivity, trans-border cooperation for conservation and peace, understanding of mountains as water towers, and the spiritual/cultural values of mountains.

Trustee of The Nature Conservancy Vermont for over two decades, he also shared his expertise, love of Nature, and good humor through writing, education, and many local conservation initiatives. He was active in Veterans for Peace, Green Mountain Chapter.

Contributions in Larry's honor welcome to The Nature Conservancy Vermont and Hawai`i.
Published by New York Times from Oct. 13 to Oct. 14, 2016.
To plant trees in memory, please visit the Sympathy Store.
MEMORIAL EVENTS
To offer your sympathy during this difficult time, you can now have memorial trees planted in a National Forest in memory of your loved one.
MAKE A DONATION
MEMORIES & CONDOLENCES
20 Entries
Larry and Linda are both in our thoughts today - for very different reasons. Hard to reconcile that Larry departed 4 years ago -- where did the time go? More More poignantly is the fact that today is Graeme Worboys tangi (funeral) - both Larry and Graeme were the rocks that many of us tied our conservation efforts and believes to. Also a good day to remember Larry's good friend and my mentor PHC (Bing) Lucus. Another rock that is part of the "conservation reef" that endures.
Bruce Jefferies
October 7, 2020
NANCY AND I have a memorial plaque for Lorenzo in our garden in Wilmer BC. We toast to him.. THE MEMORIES REMAIN...
JIM THORSELL
Coworker
October 7, 2019
I keep Larry's photo on a pin board above my home office desk - it's a constant reminder of the friendship, support and good solid sage advice I received from Larry over many years. Often pause think of the good times I was able to share with Larry and Linda - they both had a great influence on me. Nga mihi nui
Bruce & Marg Jefferies
Friend
October 7, 2019
All your friends fron Eolie Island ( Sicily) remember your energy, passion, kindness and professional skill, your devotion for mountain and sea protected ecosystem and conservation effort. We will not forget your teaching.Thanks Larry.
Michele Sequenzia
October 24, 2016
Good bye Larry! You gave me the priviledge of playing with me your last tennis match. I'll miss you...
George Bonfigli
October 19, 2016
SO LONG LORENZO: MANY MEMORABLE TIMES AND A MEMORABLE COLLEAGUE AND BUDDY. YOUR INITIATIVES, HUMOUR AND ENCOURAGEMENT ARE INDELIBLY ECHED IN MY MEMORY. BON COURAGE LINDA...
JIM THORSELL
October 16, 2016
My mentor since 1980, Larry expanded my horizons with love of wonderful nature, conservation, forests and so many places. He supported hundreds of young people across the world giving opportunities for all of us to grow. He always inspired and shared his love of nature around the world. In Kakadu, in Hawai'i, throughout the Pacific; in Costa Rica and elsewhere I loved being with him. I also shared his passion for our Rainbow Bee-eaters in Australia and the gorgeous Motmots of the Costa Rican Mountains. Thankyou Larry for your magnificent life, your generosity and the many treasures you leave behind. So many contributions to so much good.
Peter Valentine
October 16, 2016
Larry Hamilton was one of the great people in conservation, a great person and a great leader, His work for mountain conservation has inspired thousands of professionals around the world. Larry was loved and admired around the world. It was a priveledge to count him as a friend ! A life well lived ! We will miss him ! Alec Marr
Alec Marr
October 15, 2016 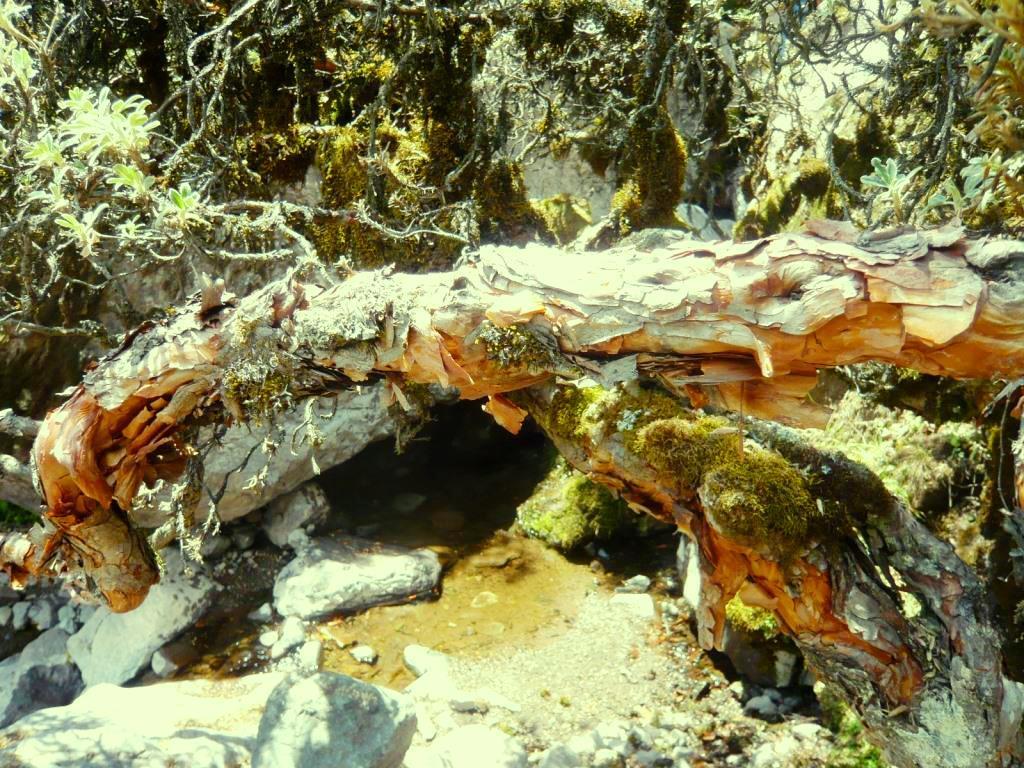 Thanks a lot Professor Hamilton...!
Big hug Linda.
Carlos
La Molina, Lima, Peru
October 15, 2016
Sending love to ALL of You. Please be at peace. Take care
Debra Whyte
October 14, 2016
We are offering a candle for peace in the hearts of those who mourn Larry, especially our friend Linda. May his soul Rest In Peace.
Oscar and Danis Piedad
October 14, 2016
Our condolences

Tom Brown and Family
October 14, 2016
Larry, what a Great Man! El Magnífico, without doubt... we'll miss you... but we'll keep your strenght and and passion to preserve our mountains all over the world! A big hug, Linda, from Barbara and me in our corner at Montserrat Mountain in Catalonia.
Miquel Rafa
October 14, 2016
Dear Bruce, Joan, Kate and Patrick, our heartfelt condolences. What a good man!
October 14, 2016
In addition to his many achievements in conservation, Larry will be remembered for his kindness. He was always welcoming with a twinkle in his eye and a ready smile.
Brent Mitchell
October 14, 2016
My sympathies to you and your family on the loss of your dear father.
Susan Sobolewski
susan sobolewski
October 14, 2016
In a protected area community full of lovely people he was one of the very best - and he made a difference. He will be missed but never forgotten.
Sue
Sue Stolton
October 14, 2016
It's an over-used cliche but knowing and working with Larry was a rare privilege - there is a glade in the forest where this tall tree has fallen - mountain people and mountains will miss his influence.
Whia te iti kahurangi ki te tohu koe me he maunga teitei

Seek the treasure you value most dearly: if you bow your head, let it be to a lofty mountain
Bruce Jefferies
October 13, 2016
The clearest way into the Universe is through a forest wilderness. John Muir

Rest in peace, Larry.
October 13, 2016
It was with deep sadness I heard of Larry's passing. What a positive influence he continues to have on so many professionals who were fortunate to share a bit of his life, students, WCPA members and of course Mountain folks. Larry's legacy is the infectious love for protected areas that so many picked up from him. To Linda, I am so sorry!
Nik Lopoukhine
October 13, 2016
Showing 1 - 20 of 20 results